Standing at 202cm with a successful athletics background, Shannon Neale’s size combined with his coordination, ability to cover the ground and play multiple roles made him an enticing 2020 prospect. 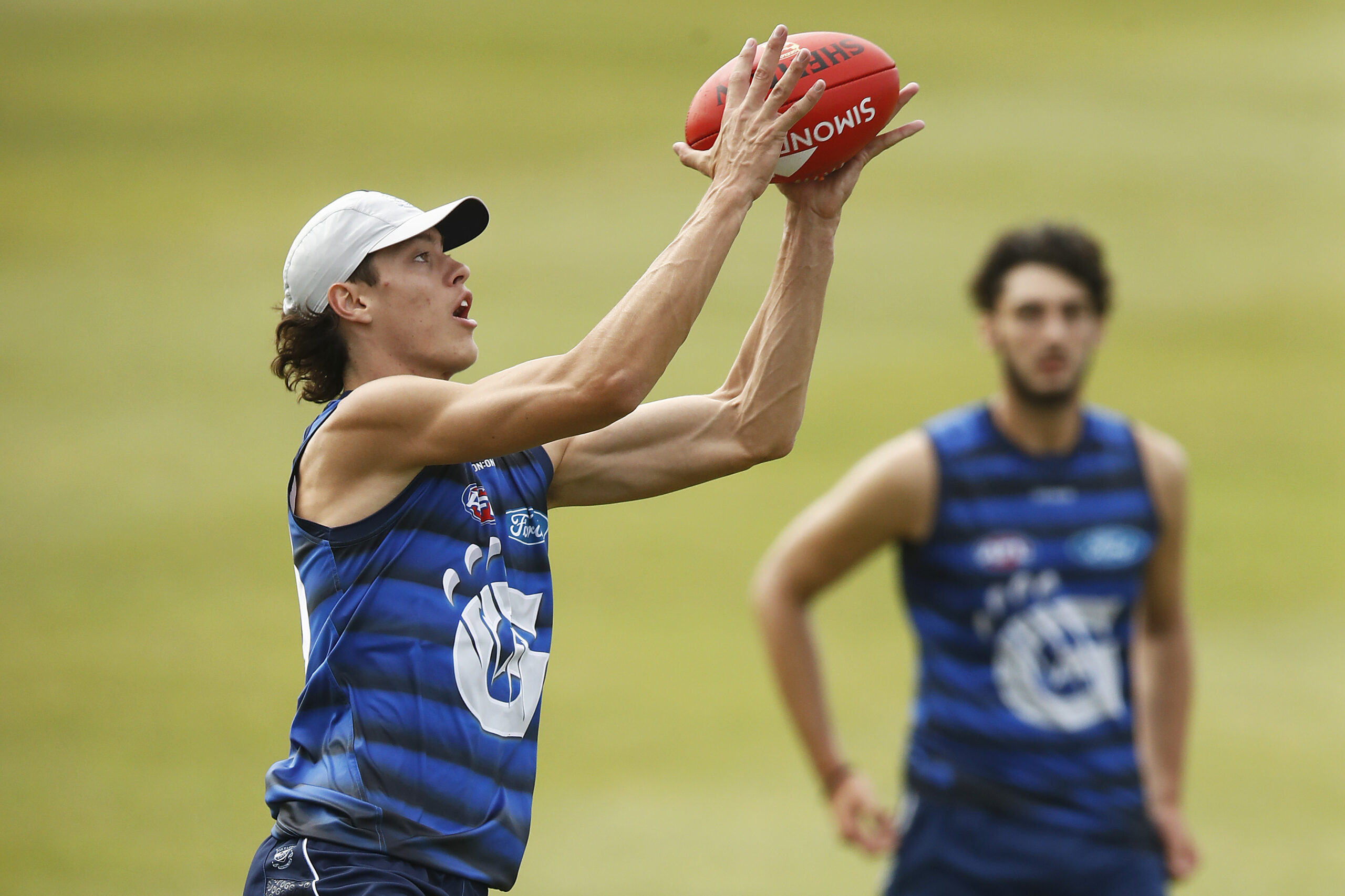 Shannon Neale could easily be a basketballer, has a background in athletics, but has his sights set on being an elite AFL player. Until recently Neale trained in athletics, with 2019 his first season focusing solely on football.

Touted as a ruck due to his 202cm height, Neale’s athleticism first gained attention as he played in the AFL Futures game in 2019.

Benefitting from being in Western Australia and able to play throughout the 2020 season, Neale continued to develop and added forward craft to his abilities.

After a standout WAFL Colts campaign with South Fremantle, he got an opportunity on an AFL list when Geelong took him with Pick 33 in the 2020 National Draft. 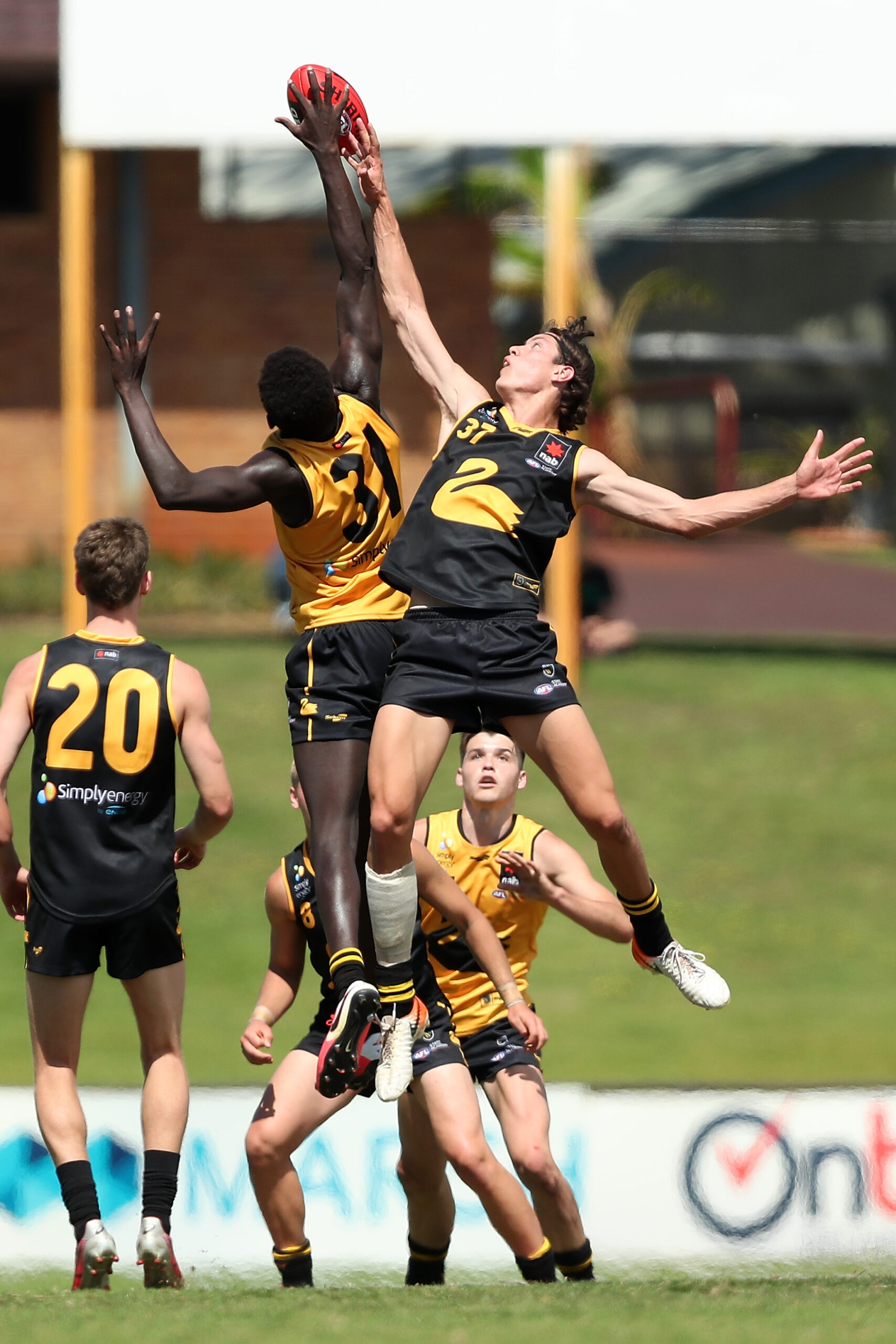 To request more information about Shannon Neale, please contact us