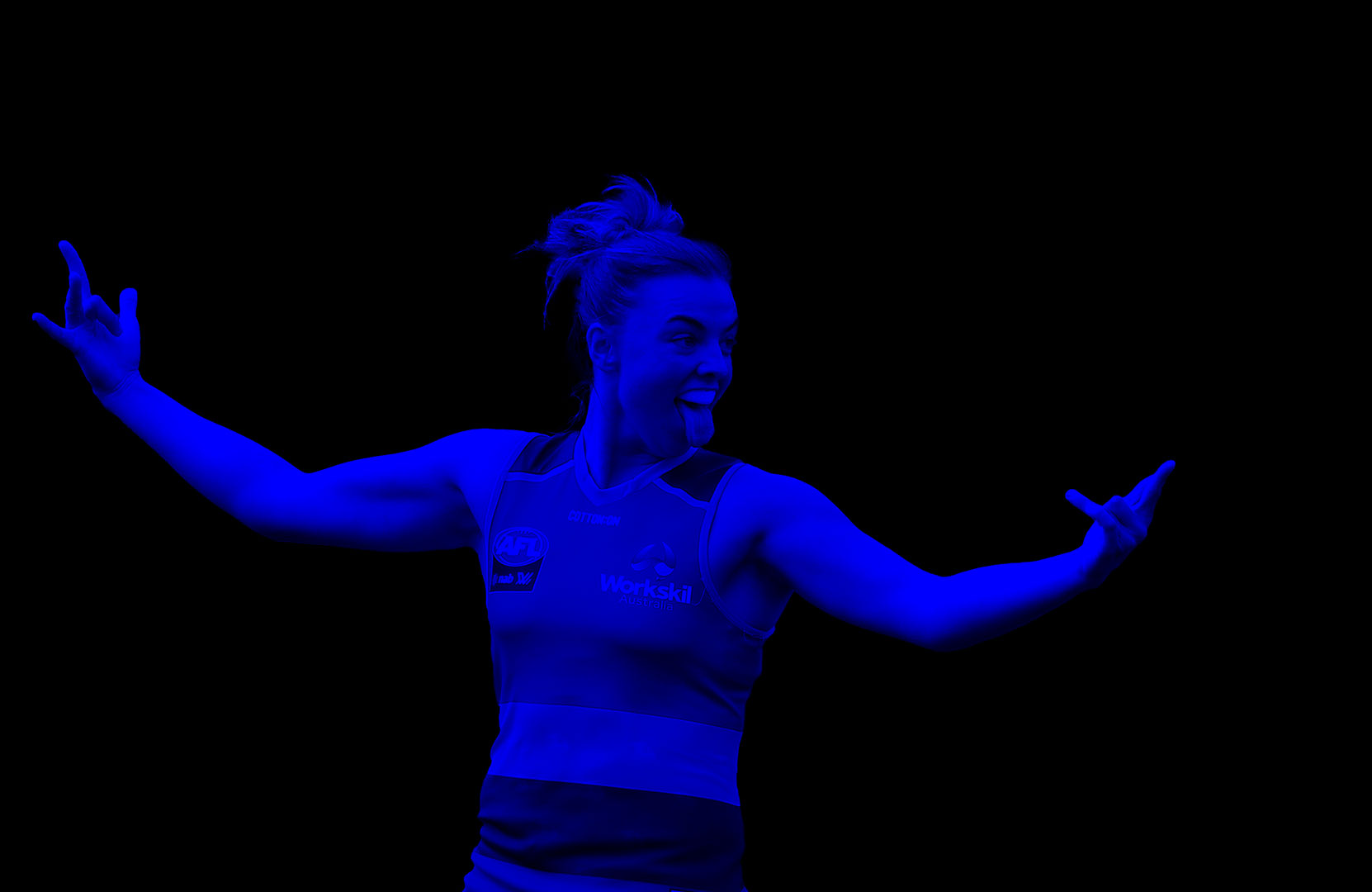 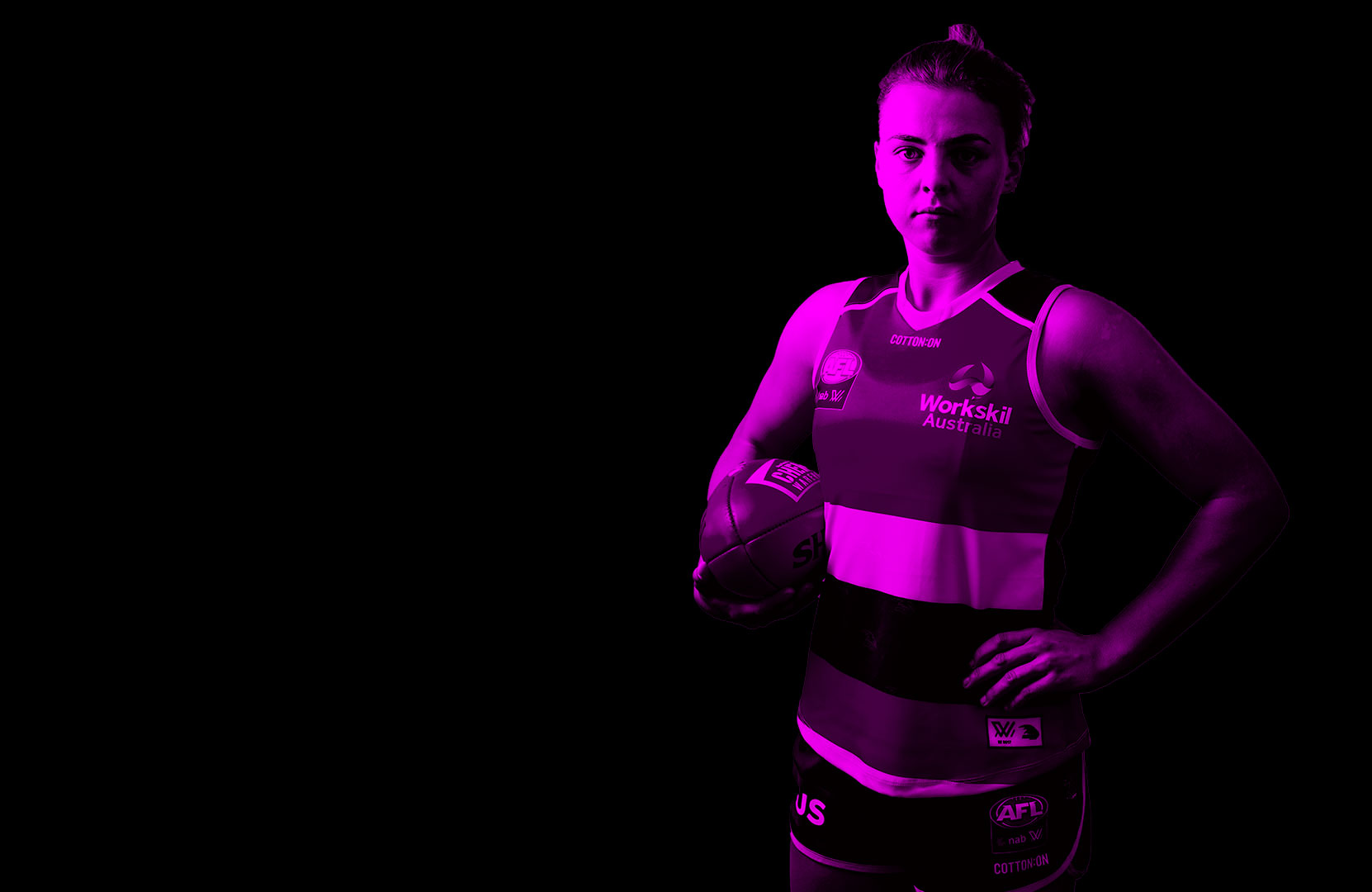 One of the AFLW's first premier midfielders, Ebony Marinoff consistently dominates stat sheets and continues to add to her trophy cabinet. 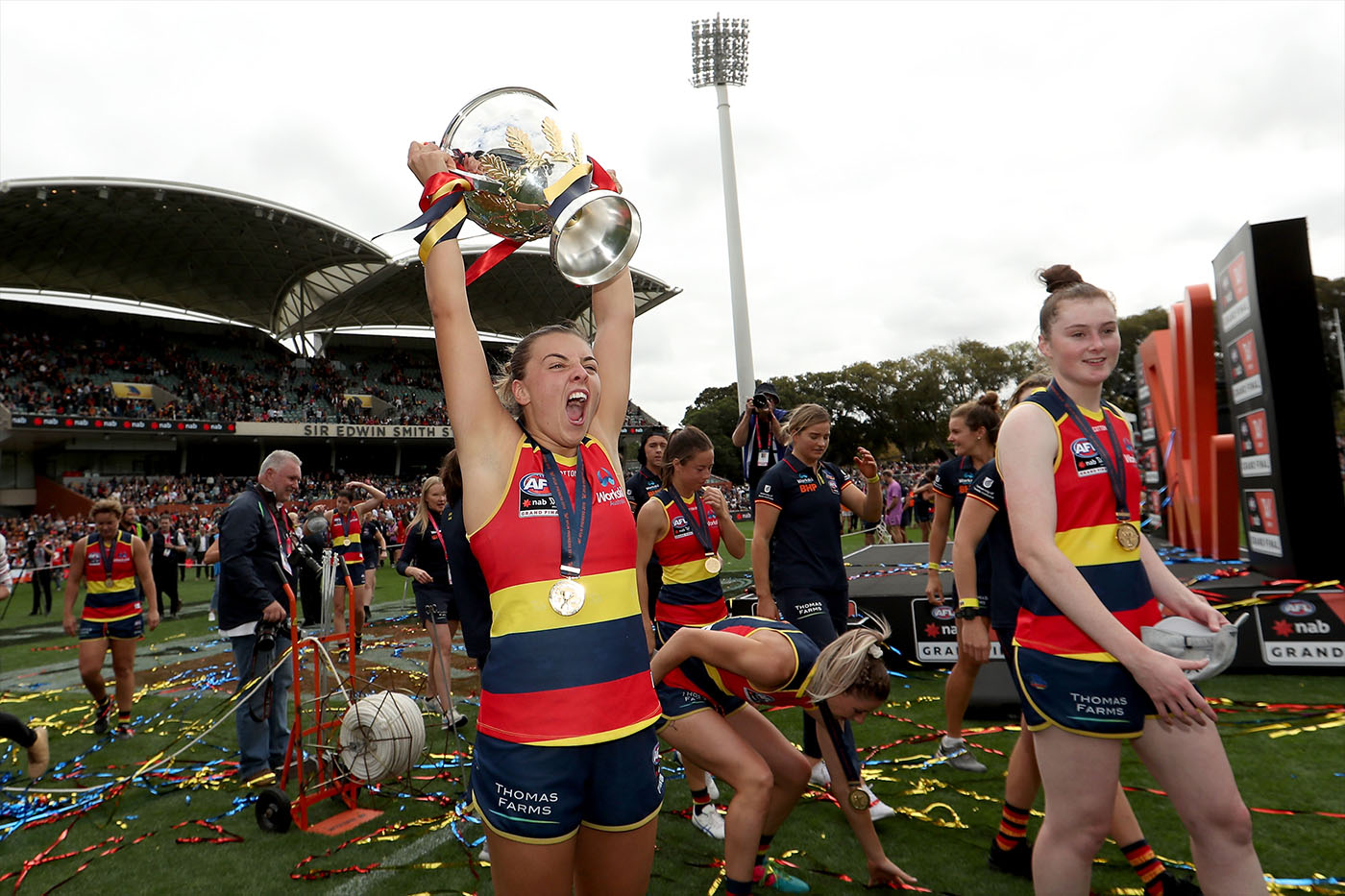 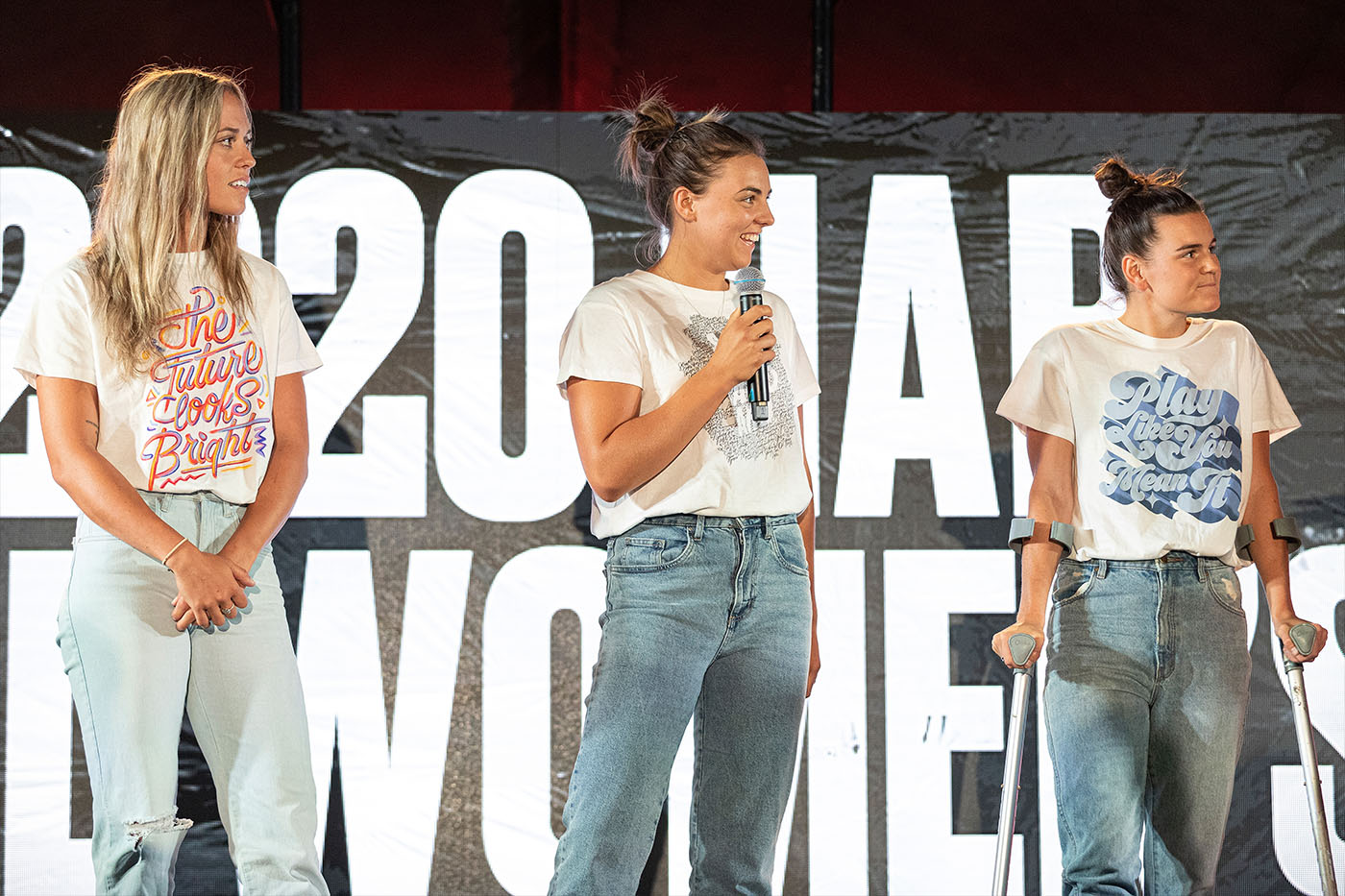 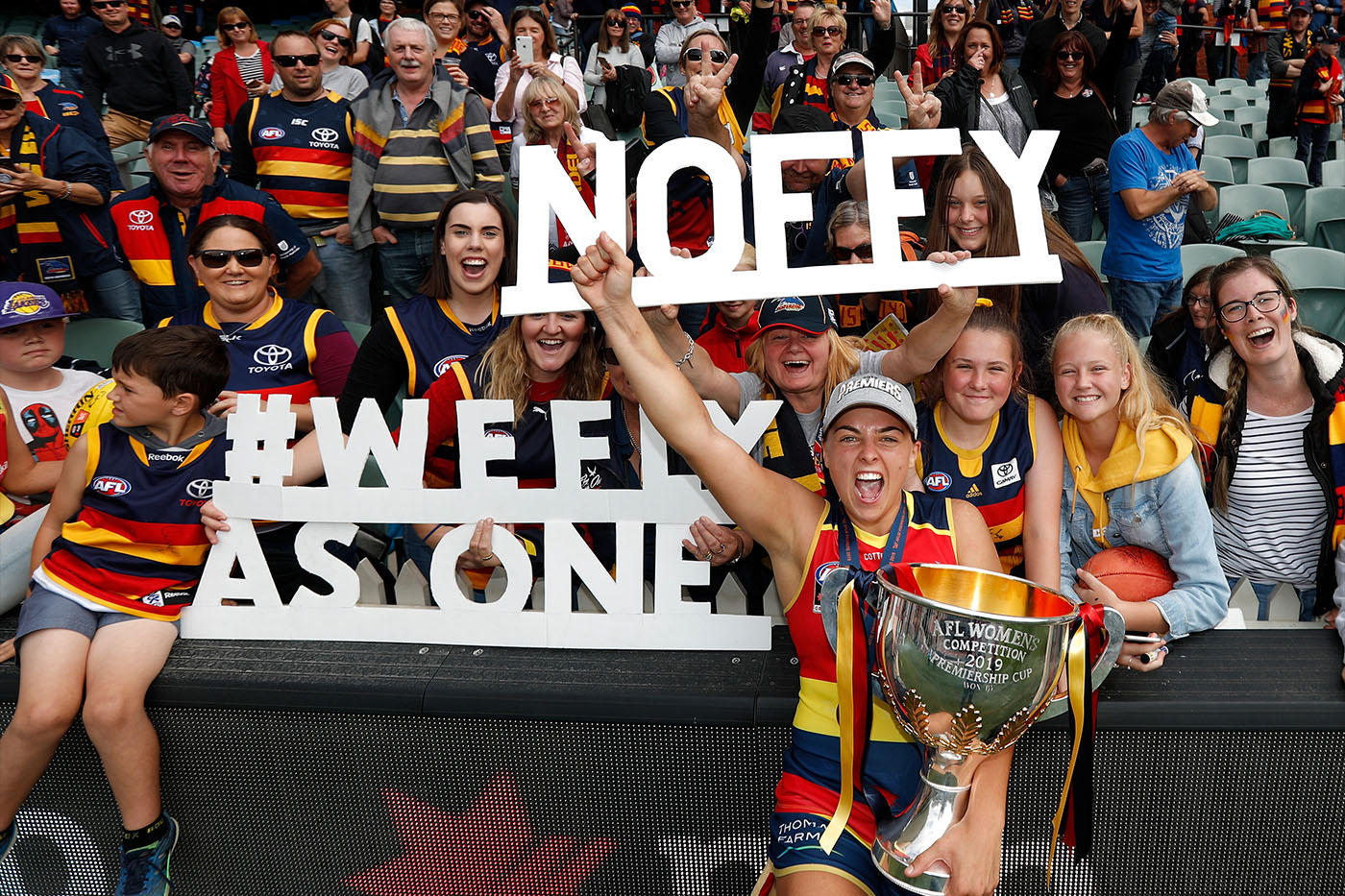 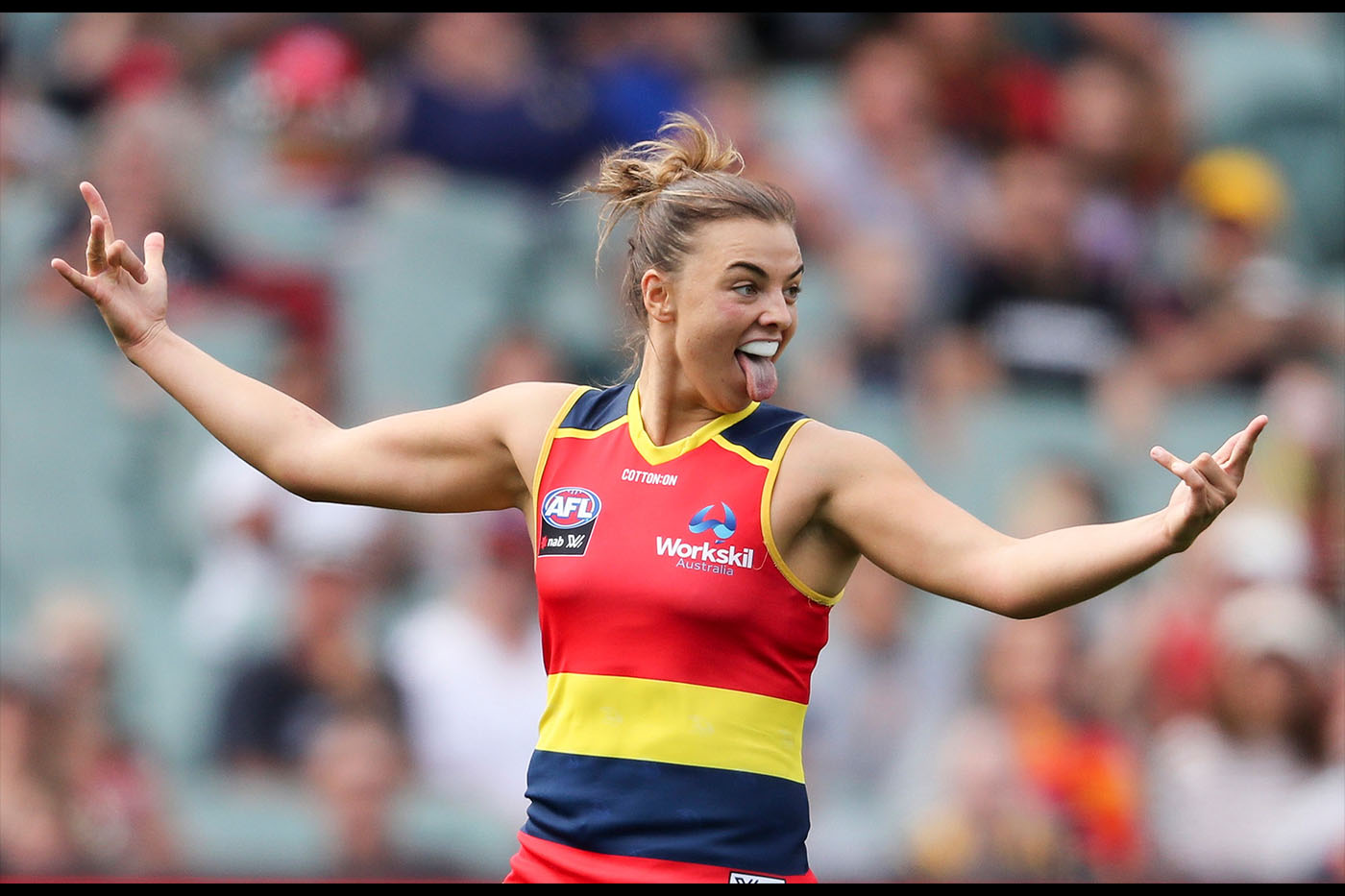 Marinoff grew up in suburban Adelaide and first pulled on the boots at age 5 with the local Lockleys boys team and represented the club until the age of 12.

With women’s football starting to take off at local level, Marinoff had the opportunity to join a women’s team at Morphettville Park and progressed to play in the first of her three local senior premierships at the age of 15.

At 18, she became Adelaide’s first ever AFLW draft selection and debuted in the opening round of the inaugural 2017 season, immediately capturing the imagination of the football public with her strength, explosive power, tackling prowess and ability to find the football.

Marinoff played every game in season 1, which culminated in the Crows winning the inaugural premiership. She earned All-Australian selection and was named the League’s first NAB Rising Star, having led the league in tackles.

In 2018, Marinoff set a new AFL/AFLW record for the most tackles in a game with 21, and in 2019 Marinoff and the Adelaide Crows returned to their Premiership winning ways. She was once again named in the All-Australian side and finished equal-fourth in the league Best and Fairest after leading the competition in kicks and disposals.

In 2020 Marinoff finished second in the Crows Best and Fairest, going one better in 2021 and claiming her first Club Champion Award. She added another All-Australian selection and Grand Final appearance, however did not add to her two Premiership medals.

Durable and reliable, she has been a mainstay of the Crows’ AFLW side since Day 1 and her bright, energetic, authentic and engaging personality has led her to become one of the League’s most popular and recognisable players.

Passionate about supporting the growth of women in all sports, she has become a respected voice in the game. And still in the early stages of her career, has a lot more to offer both on and off the field in the seasons ahead. 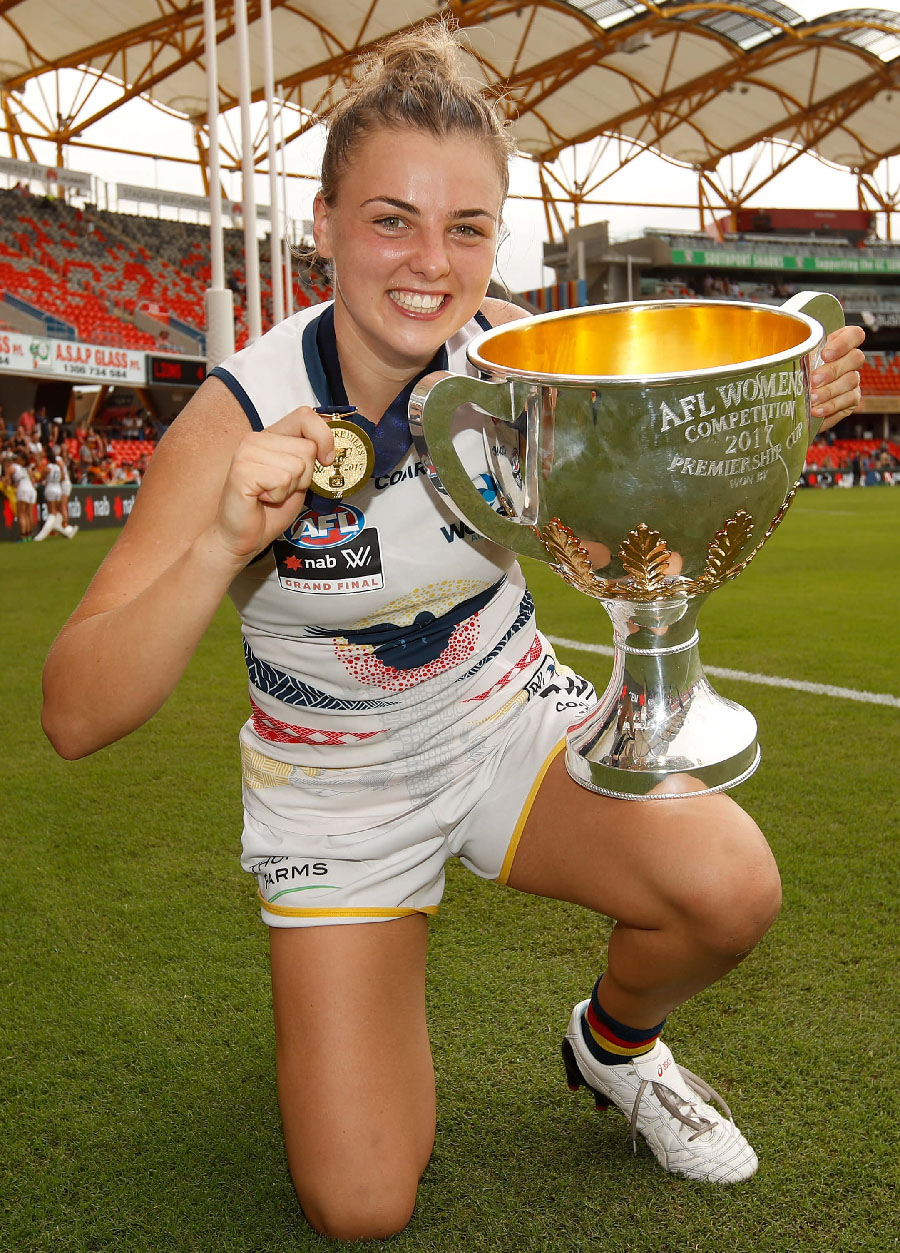 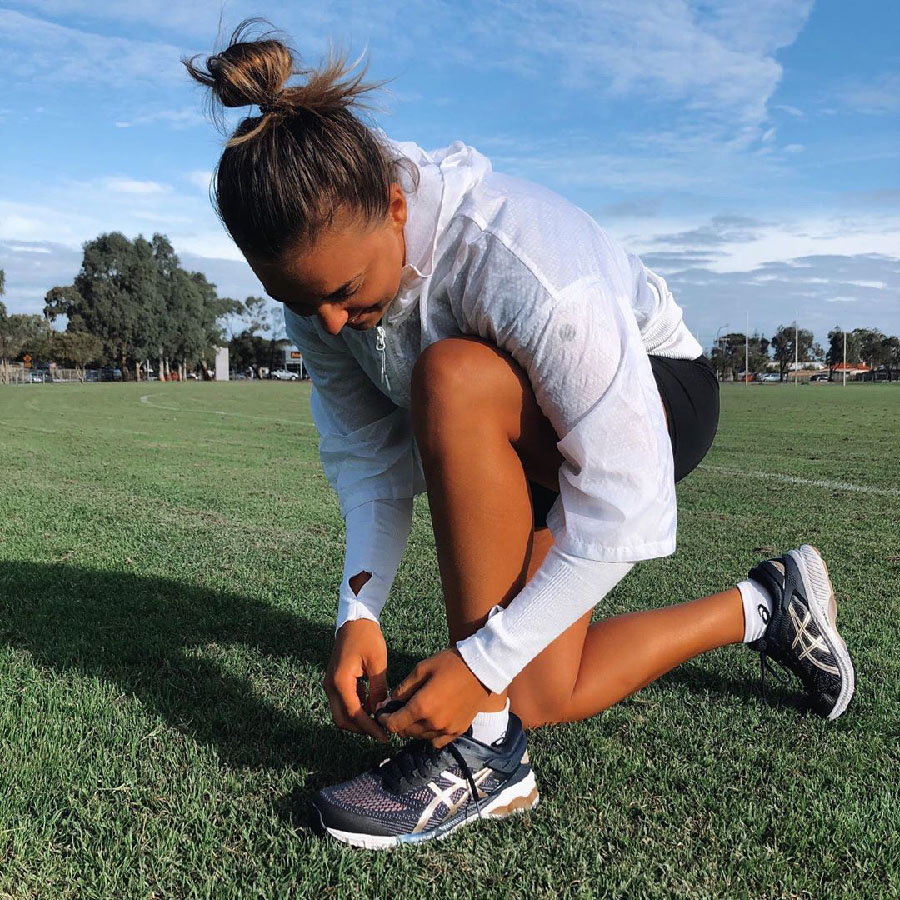 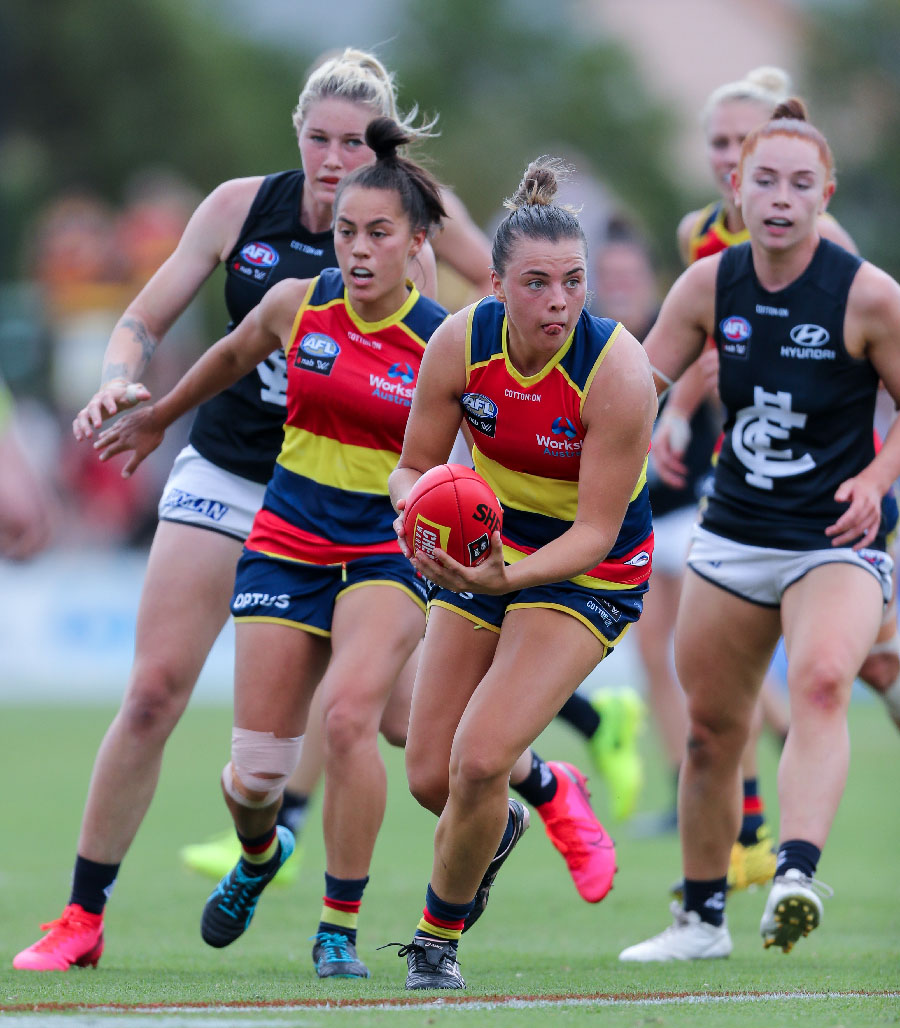 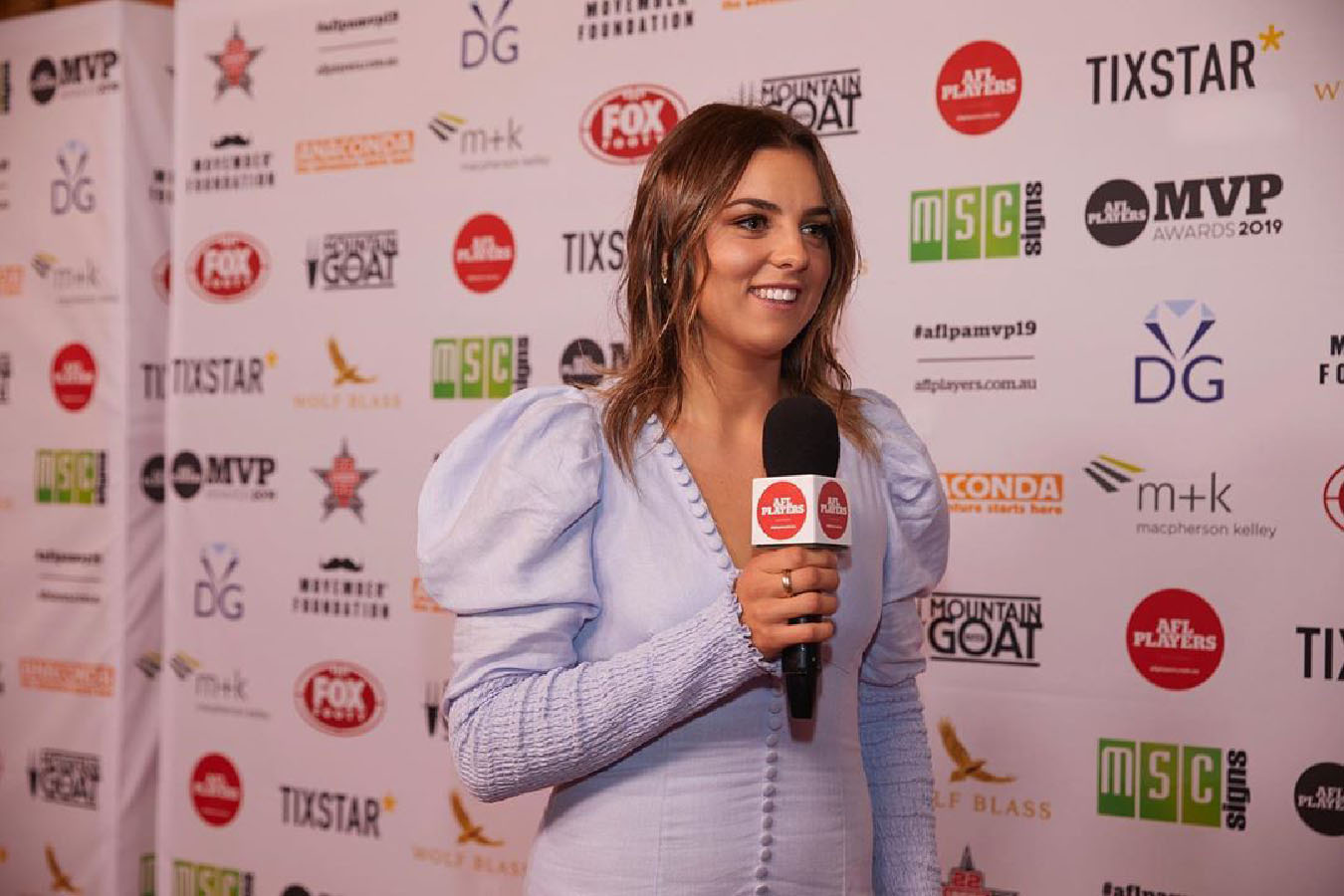 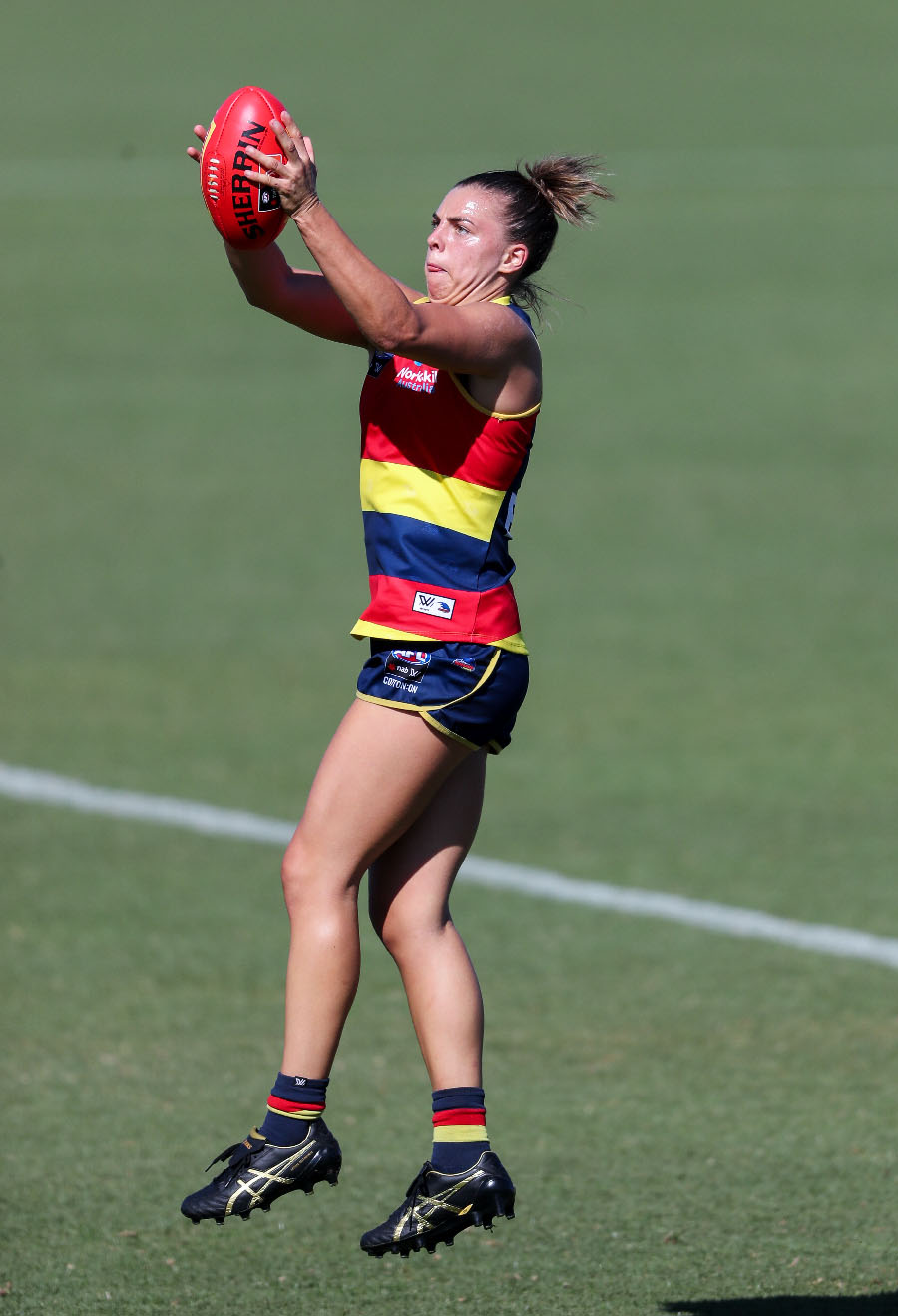 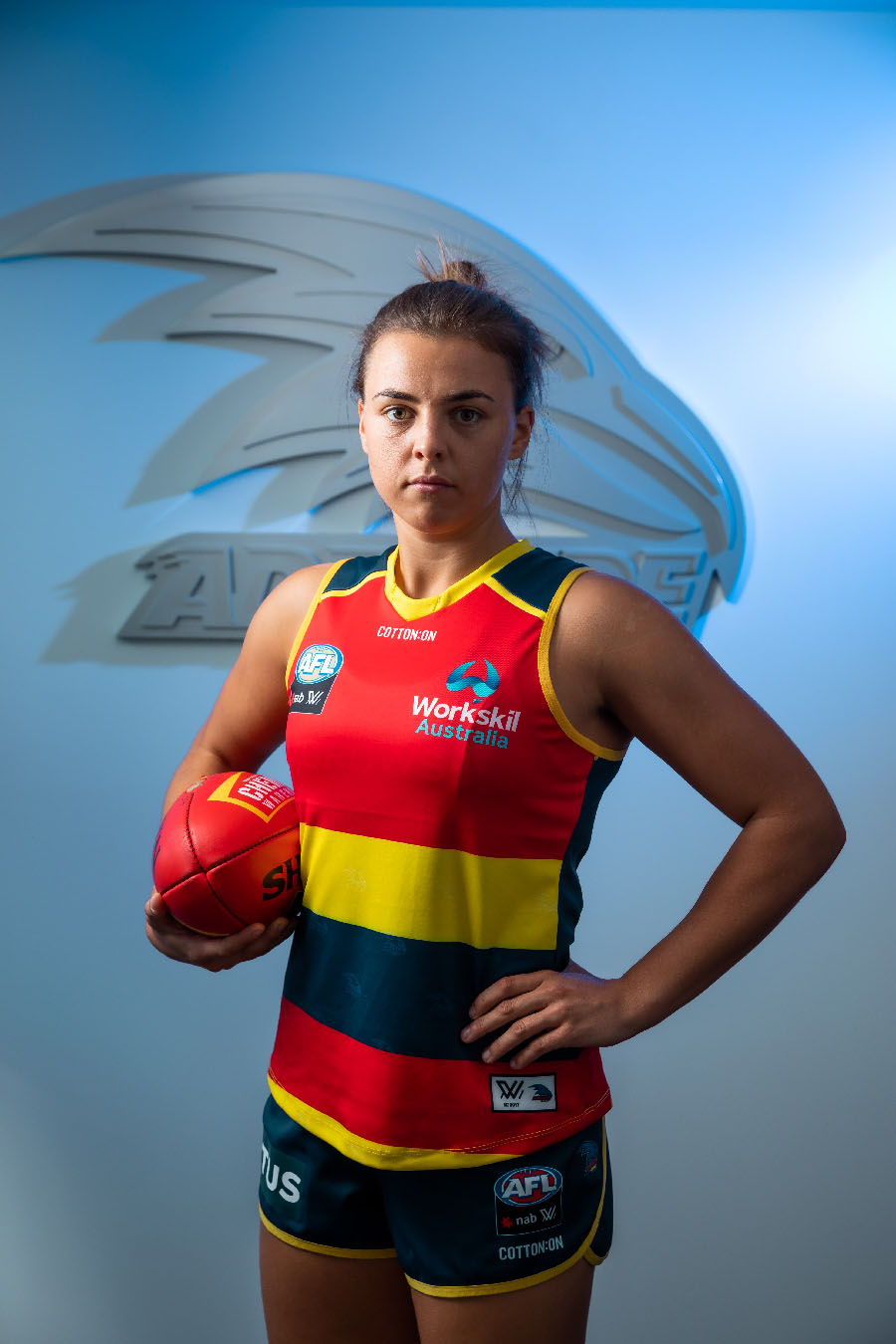 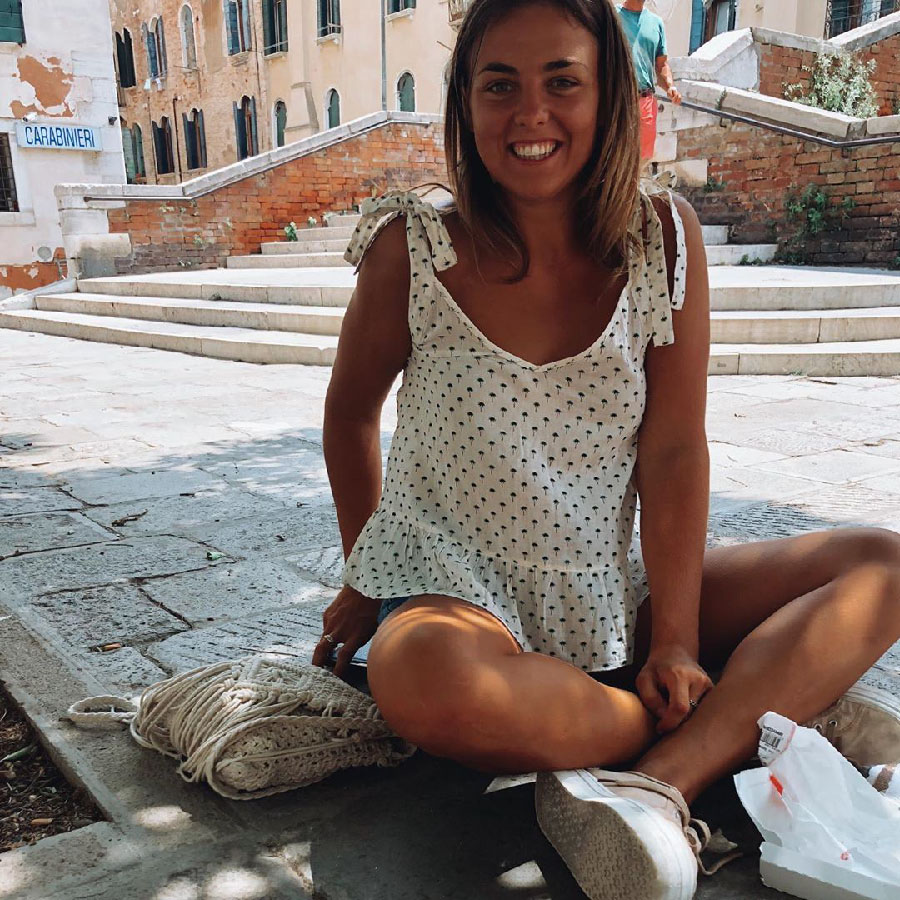 To request more information about Ebony Marinoff, please contact us