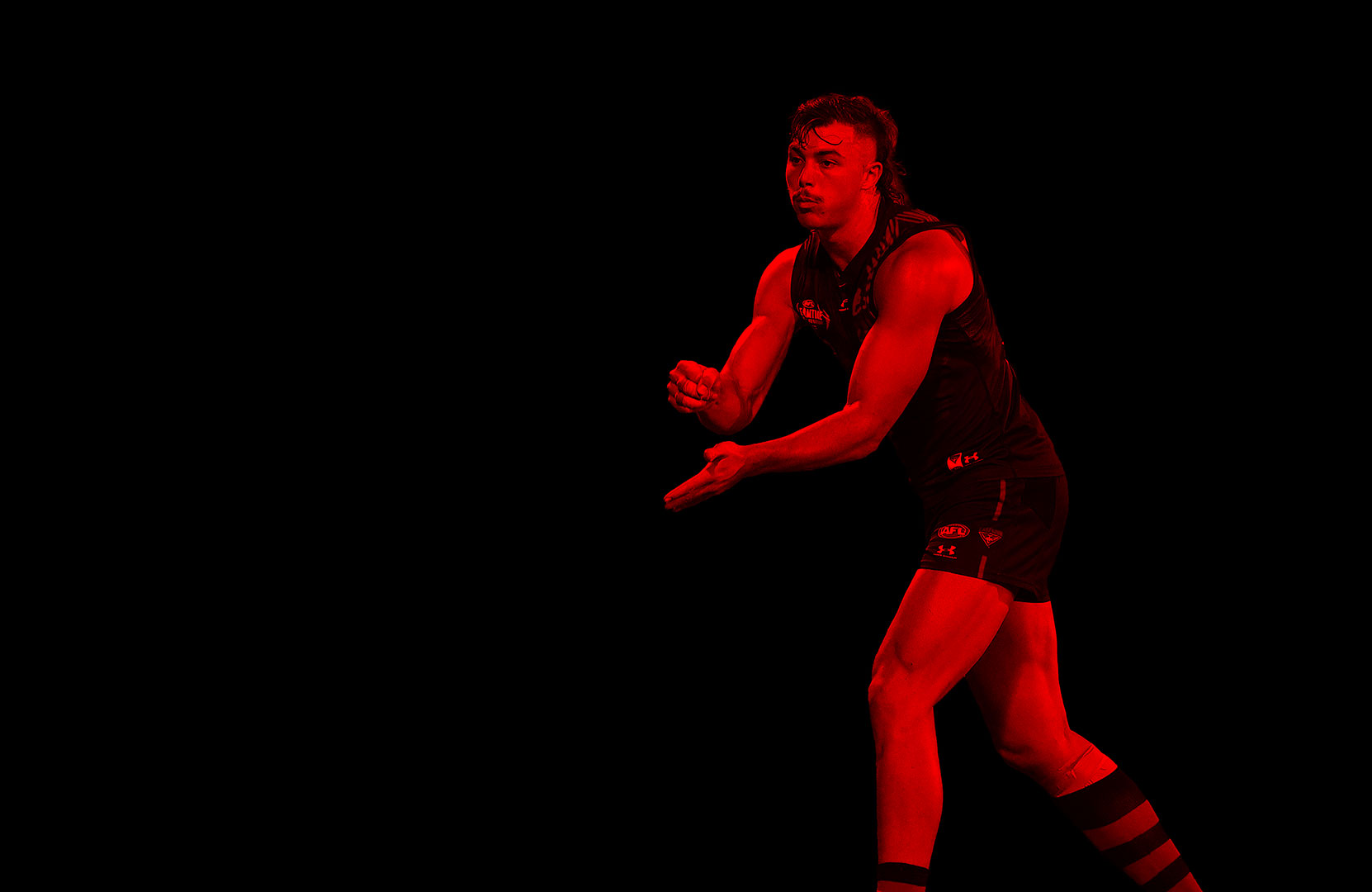 A former soccer player, Sam Draper made the move to Australian Rules Football as a 17 year old and was drafted by Essendon just 9 months later. Despite having played just a handful of senior games, he has become one of the Bombers' most promising and important big men. 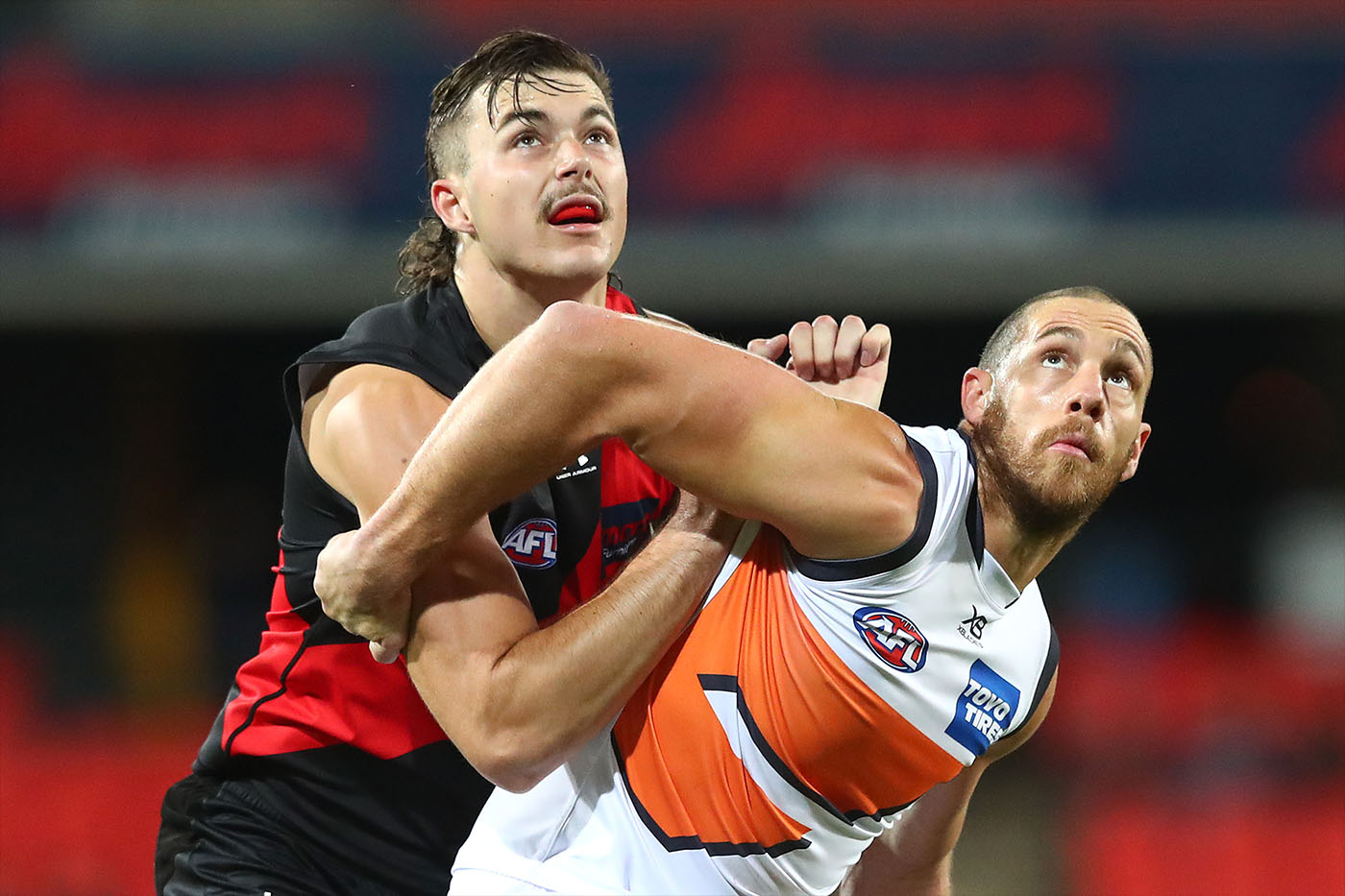 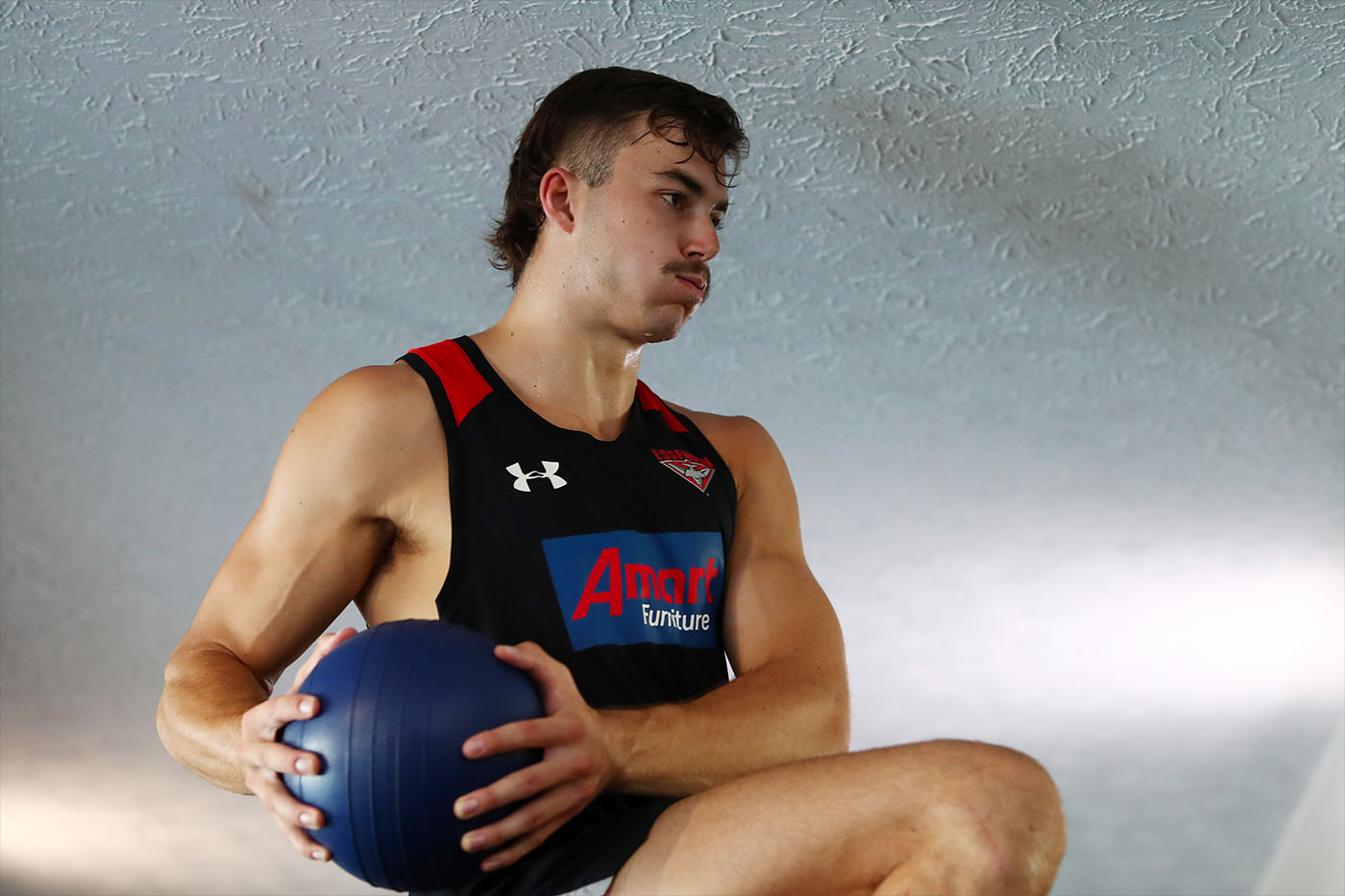 Born in South Australia, Draper spent six years of his childhood in England with his main sporting pursuit as a soccer goalkeeper and defender.

At 17 years of age, he decided to try his hand at Australian Rules Football with the Reynella Wineflies Football Club, just outside of Adelaide.

With only a handful of games under his belt, Draper was invited to SANFL side South Adelaide, where he claimed the club’s Under 18 Rising Star award and caught the eye of AFL recruiters nationwide as an extremely athletic 203cm ruck prospect.

Just 9 months after his very first game of Australian Rules, Draper was selected by Essendon in the 2016 Rookie Draft.

Draper’s first two seasons at the Bombers saw him learn the game in the VFL, where he held his own against more mature and experienced rucks and showed signs of obvious and rapid improvement as he learnt the nuances of the sport.

He finished 5th in the VFL side’s 2018 best and fairest after recording more than 40 hit outs on seven occasions. In three games he notched up more than 60 hit outs, while also going forward and hitting the scoreboard as well.

2019 saw Draper closing in on an AFL debut when he suffered a season ending ACL injury, which sidelined him until Round 9 of 2020, when he finally made his first appearance at AFL level.

It had been a four-year journey and Draper showed plenty of glimpses in his eight AFL games in 2020, collecting the Bombers’ Rising Star Award.

His unique hairstyle, natural flair and enthusiasm for the contest saw him quickly become a fan favourite, and despite being relatively inexperienced at the highest level, Draper already looms as a key figure in Essendon’s next-generation line-up. 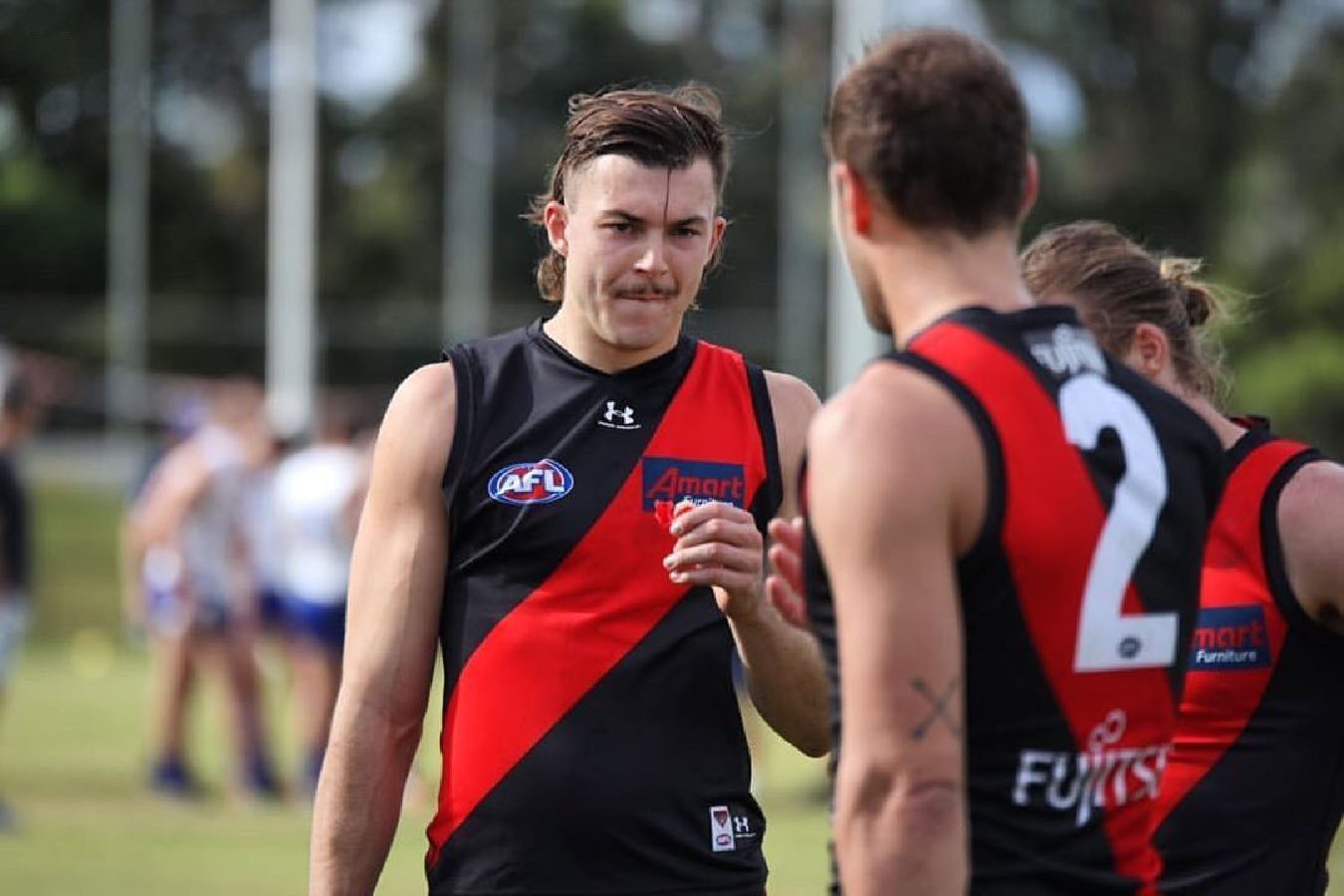 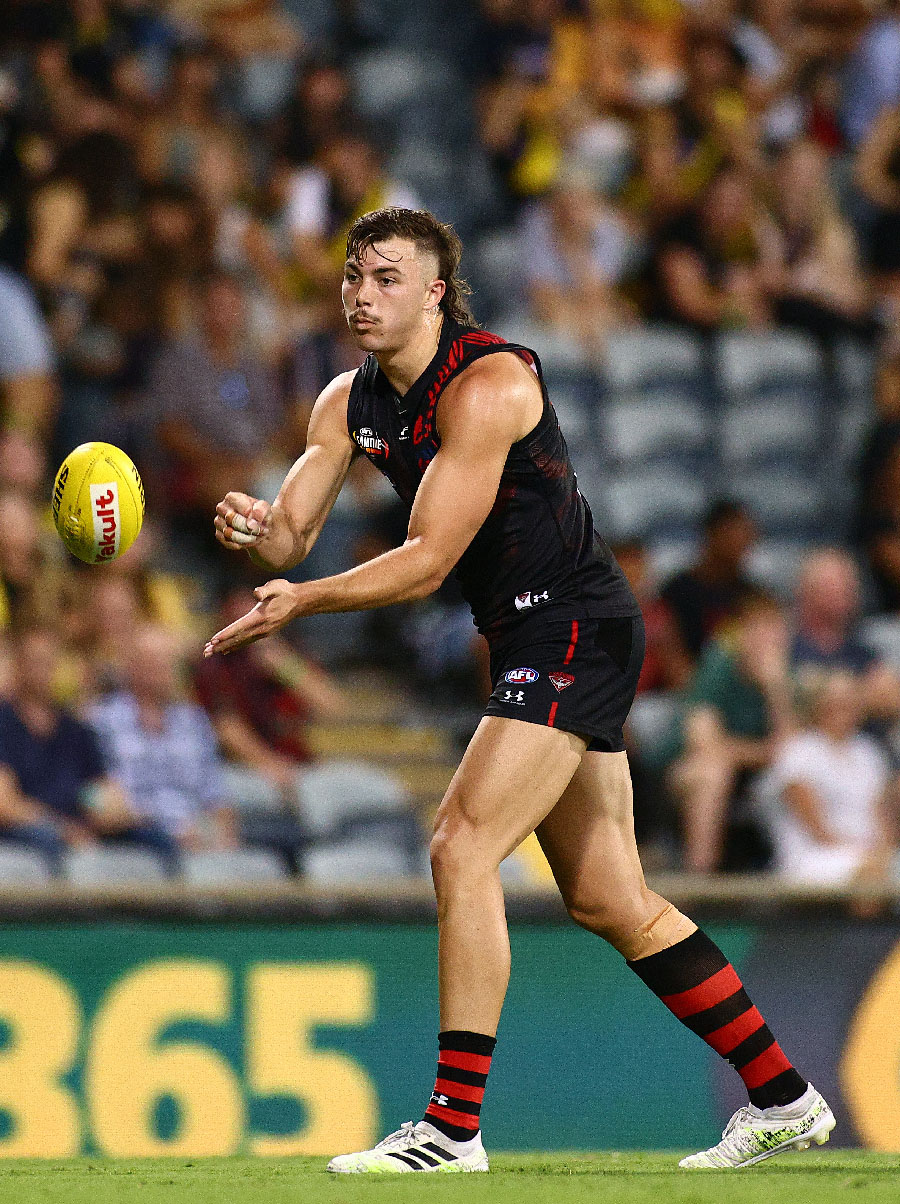 To request more information about Sam Draper, please contact us