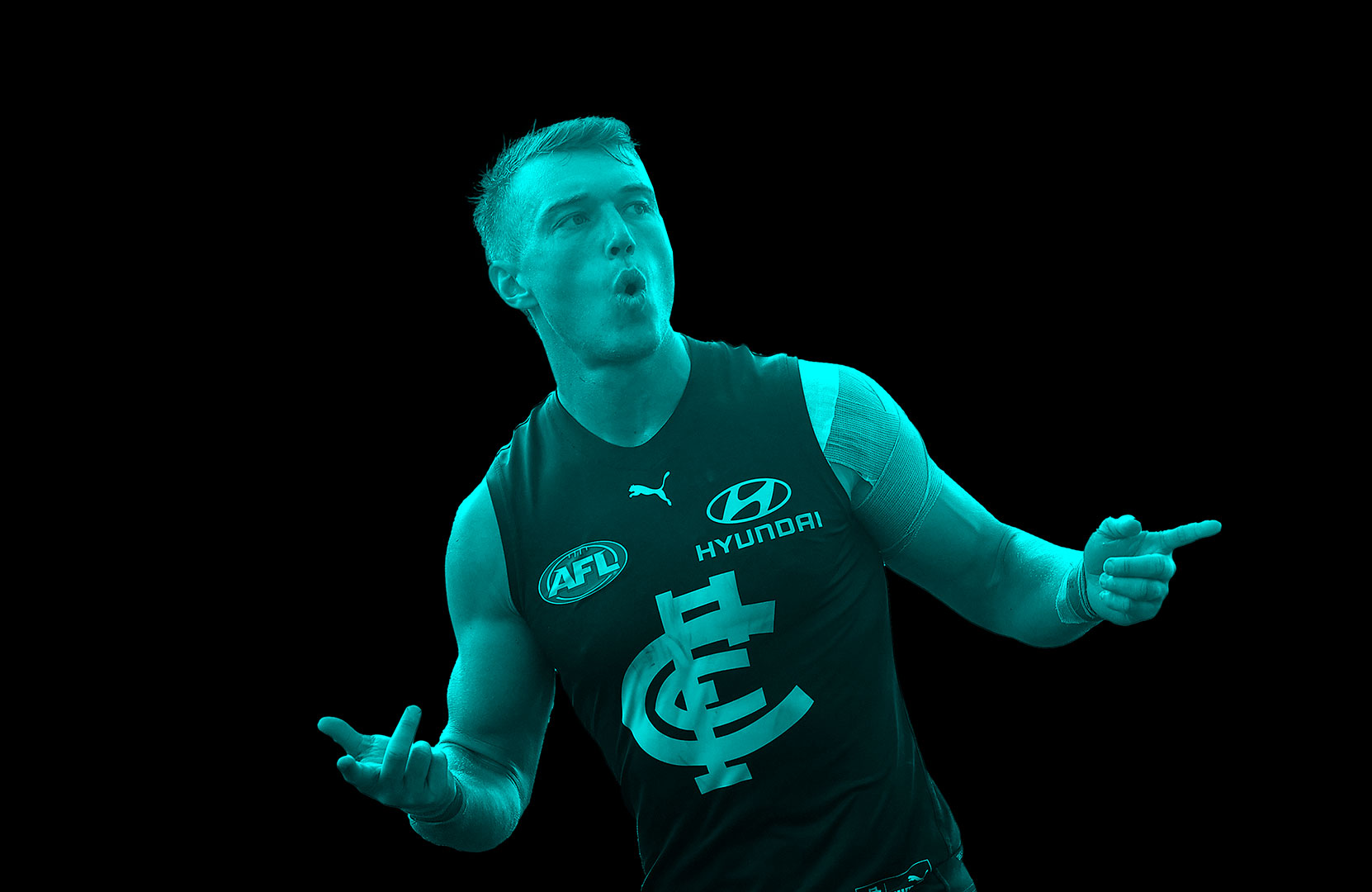 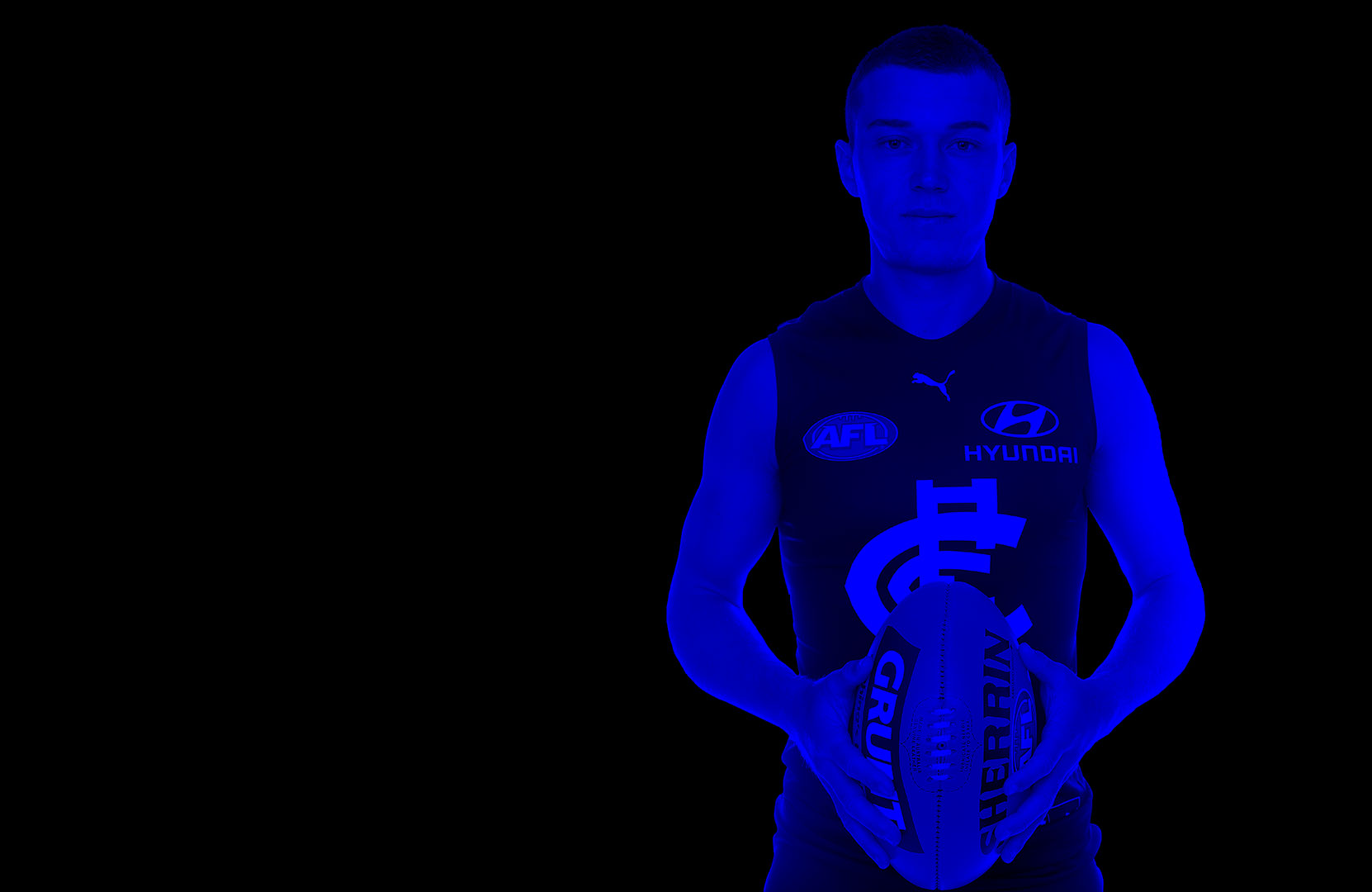 Patrick Cripps mix of power, skill and leading his young team by example has elevated him to one of the most admired competitors in the game. One of the largest pure midfielders in football history, he is capable of tearing opposition midfields apart with strength, ferocity and sheer will to win the hard ball. 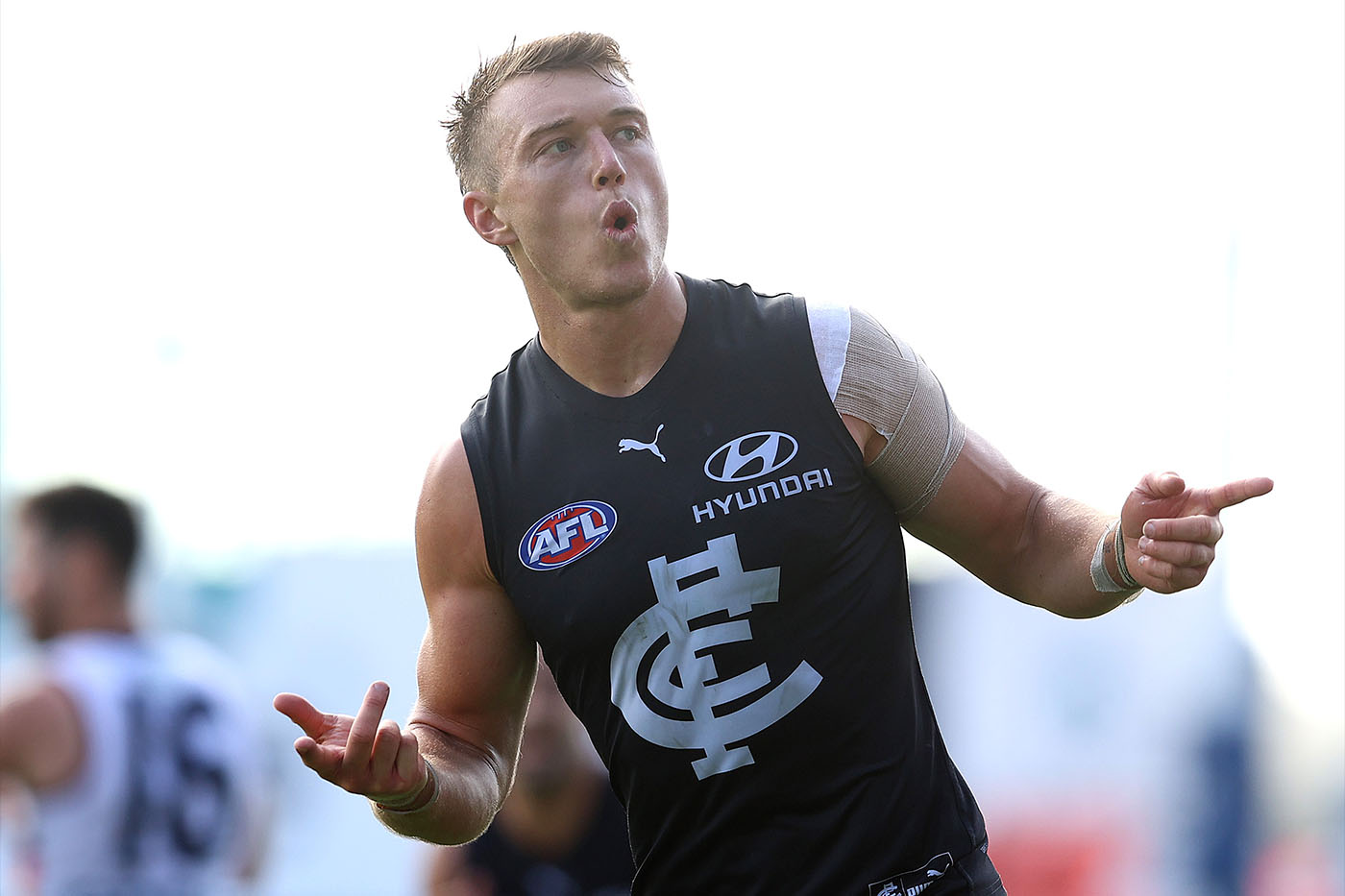 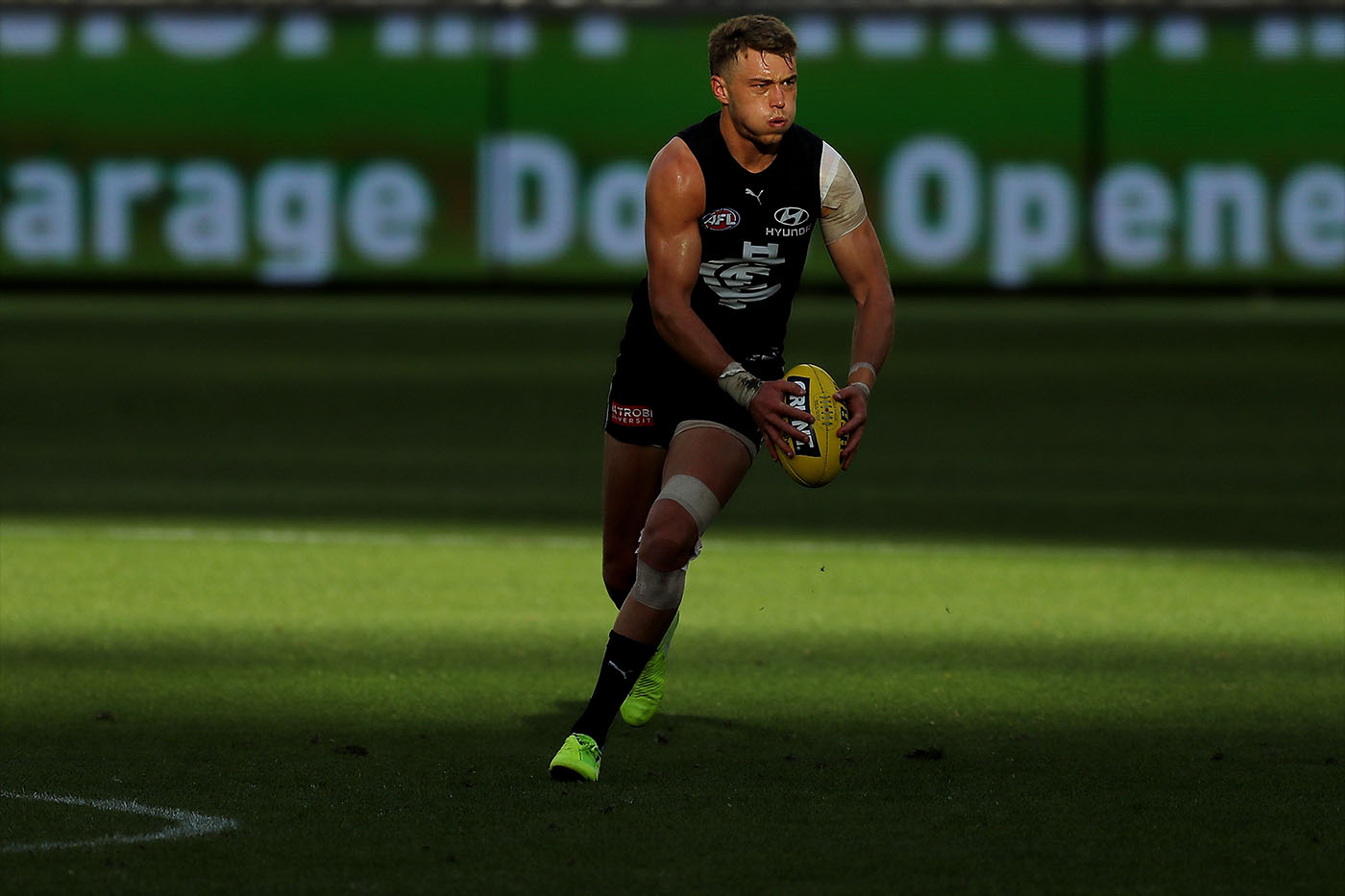 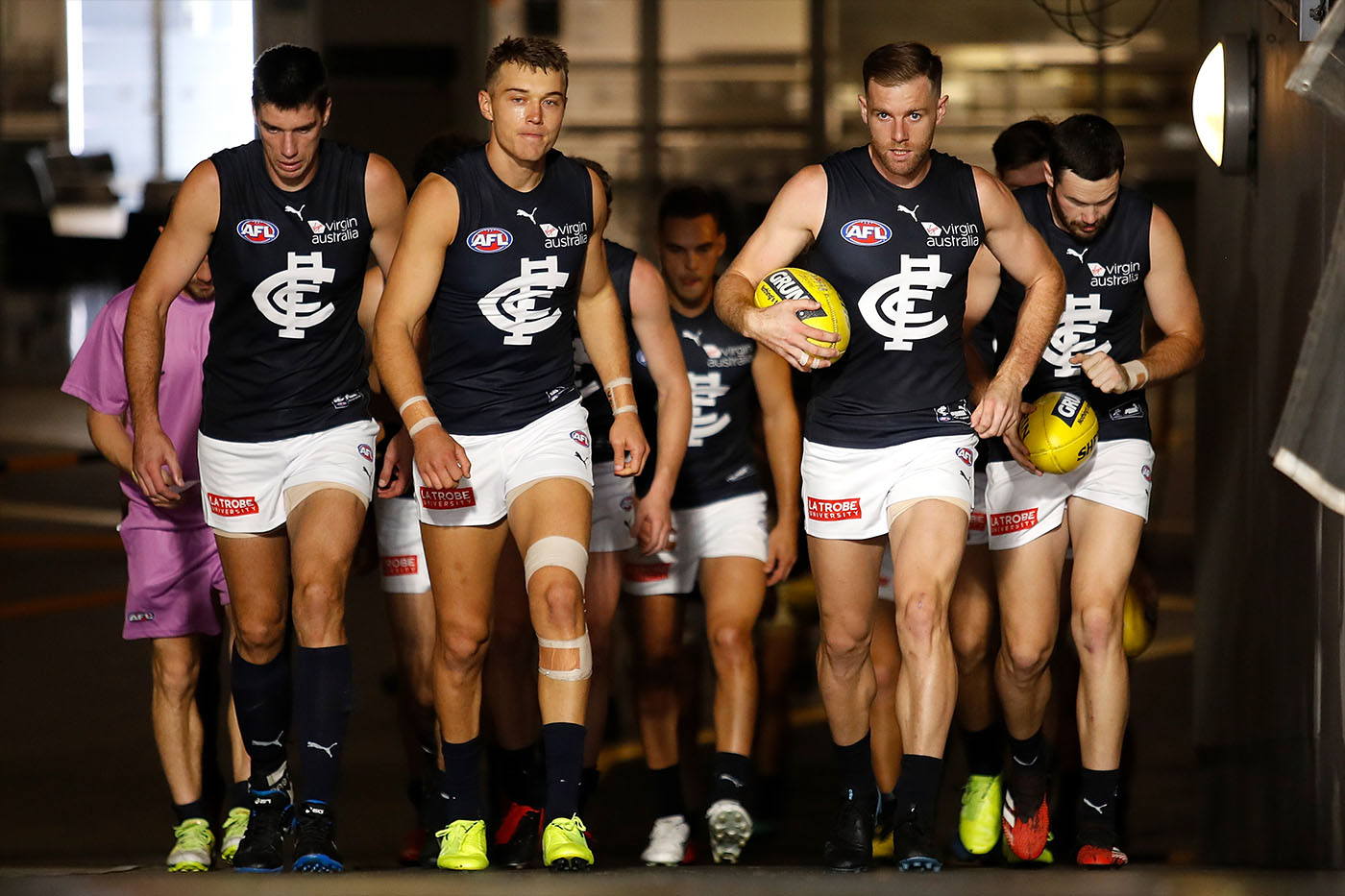 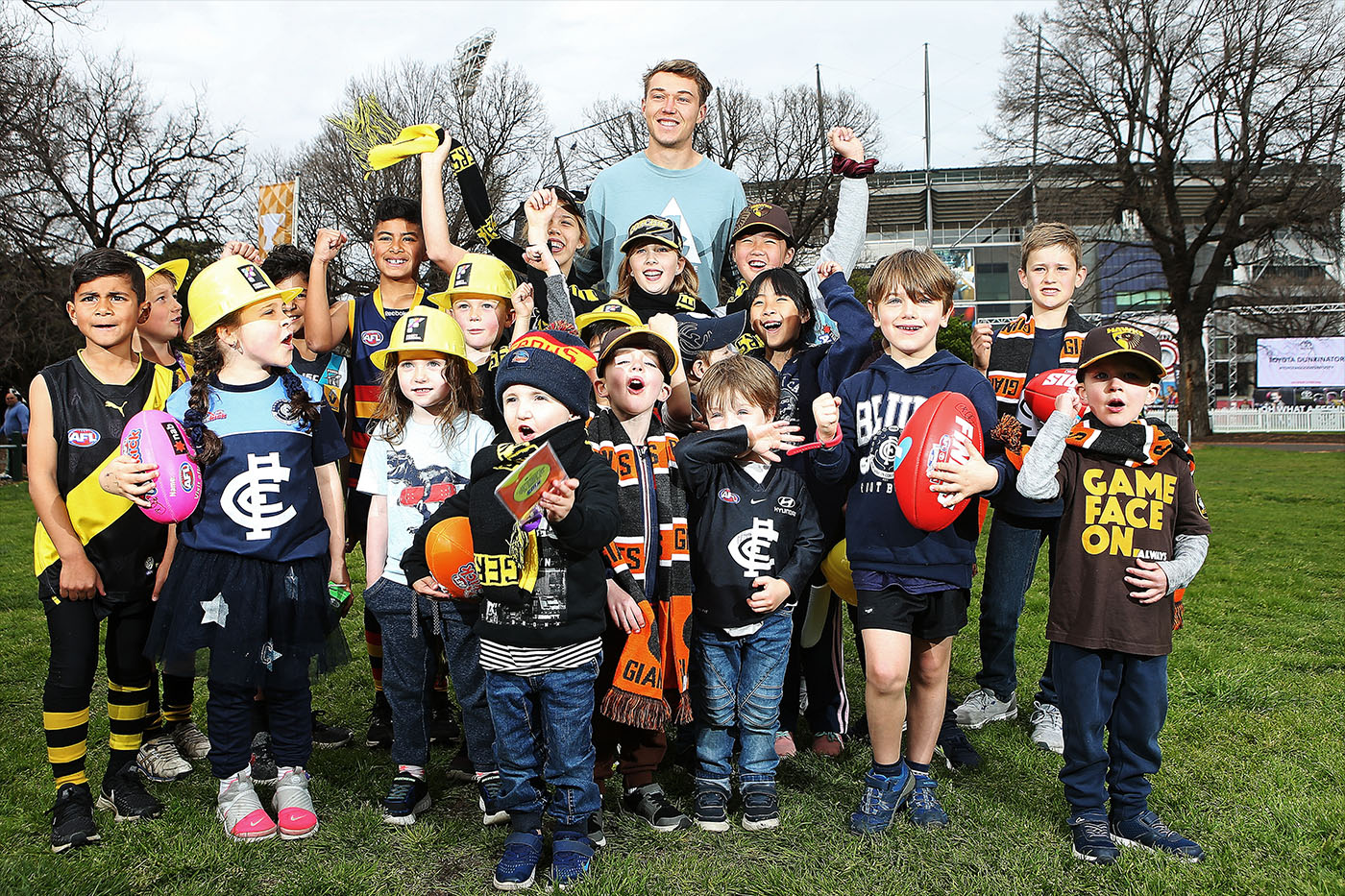 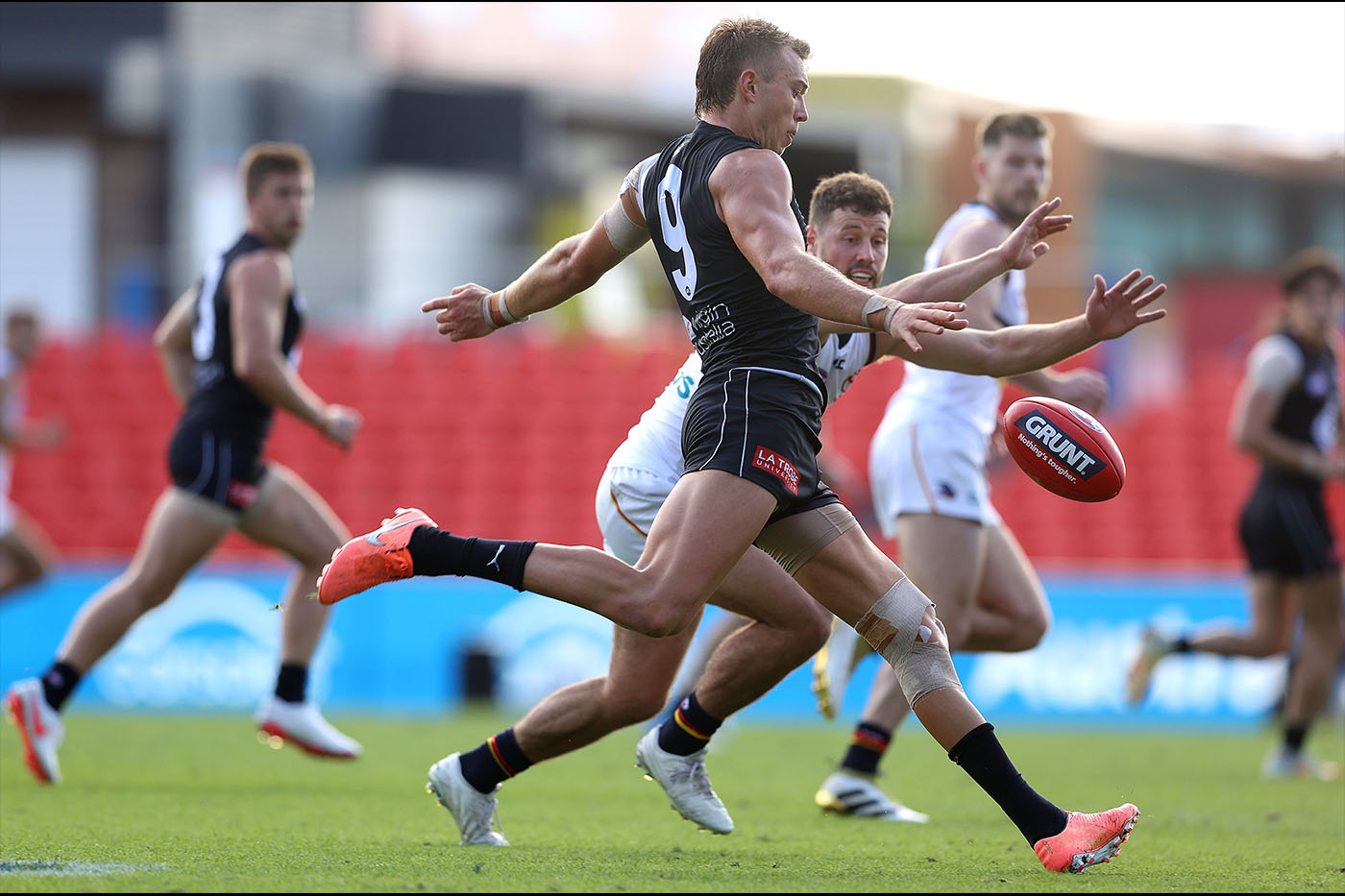 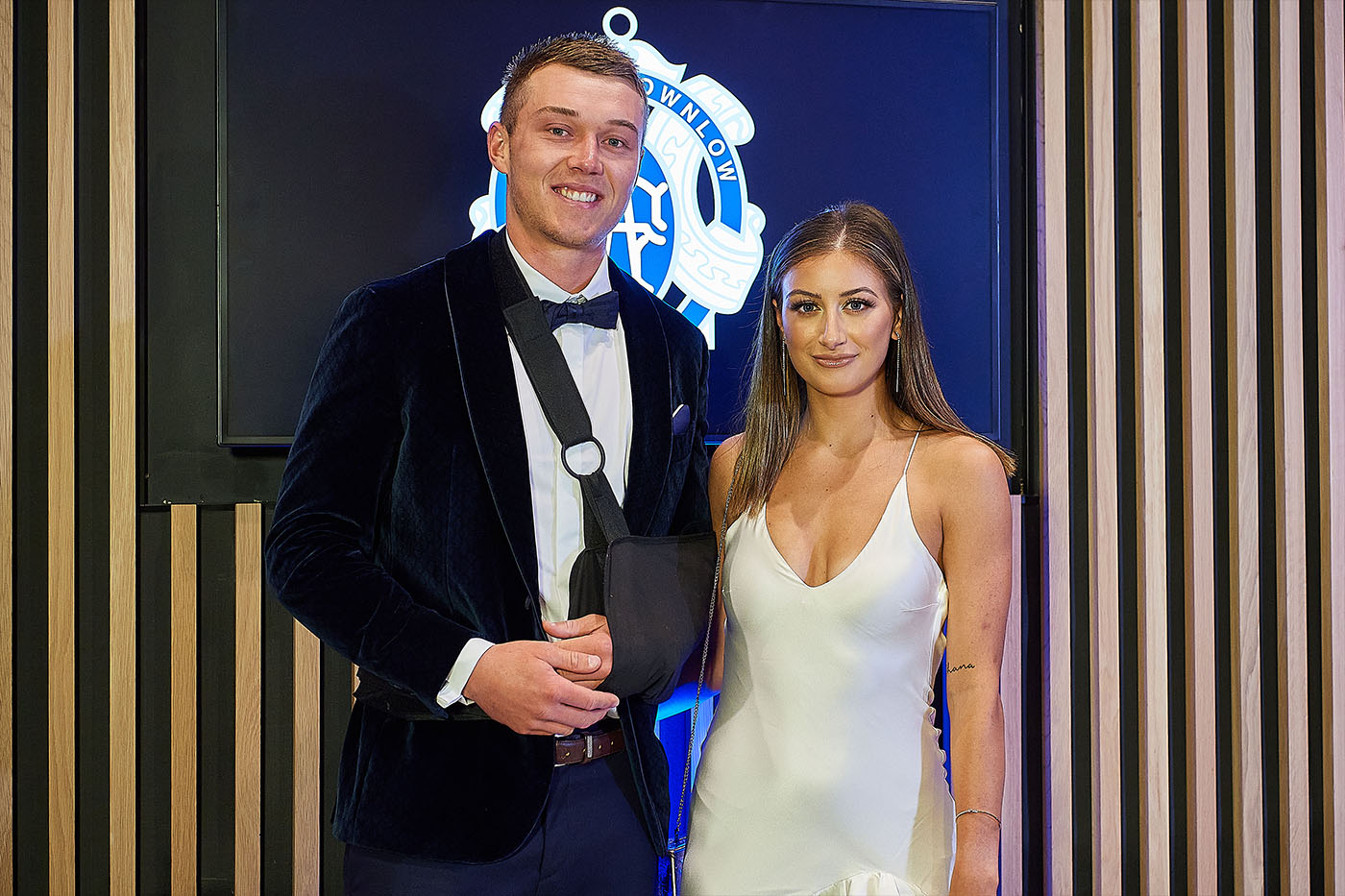 Born in Perth, Patrick and his family moved 465km north to the farming town of Northampton, where he and his two brothers revelled in the open spaces and loved outdoor activities.

Standout performances for Northampton as a teenager saw Cripps return to Perth to play juniors and Colts for East Fremantle, earning All-Australian selection as WA vice-captain in the 2013 Under 18 Championships.

In need of an elite young midfielder to build their playing list around, Carlton selected Cripps with the 13th pick in the 2013 National Draft, making his senior debut in Round 4, 2014.

After battling injuries for most of his debut season, 2015 saw Patrick explode on the scene to finish second in the AFL Rising Star award and become the second youngest Blue to win the club’s Best & Fairest at just 20 years of age.

In 2016, Patrick developed into the most effective contested ball-winner in the competition, before a back injury and broken leg temporarily halted his upward progress in 2017.

He returned as vice-captain in 2018 to win his second Best & Fairest, his first All-Australian blazer and finished second in the AFLPA MVP Award after setting a new League record for the most contested possessions in a single season.

A natural leader in both words and deeds, Cripps was named co-captain of the Blues for 2019, but after Sam Docherty reinjured his knee during the pre-season, took sole ownership of the on-field leadership role and thrived with the added responsibility. Rated by his peers as the finest player in the game in 2019, he collected the Leigh Matthews AFLPA MVP trophy to go with a third club Best & Fairest by the tender age of 24.

But Cripps’ impact on his club has extended far beyond his impressive on-field numbers. A shining light for Carlton teammates and fans alike through a difficult period for the club, he has repeatedly lifted his team with acts of individual defiance, grit and brilliance.

Like club legends such as John Nicholls, Ron Barassi and Chris Judd before him, Cripps has become a beacon of hope as he leads the Blues’ next generation of youngsters up the ladder, setting the standard for professionalism and effort both on and off the field. 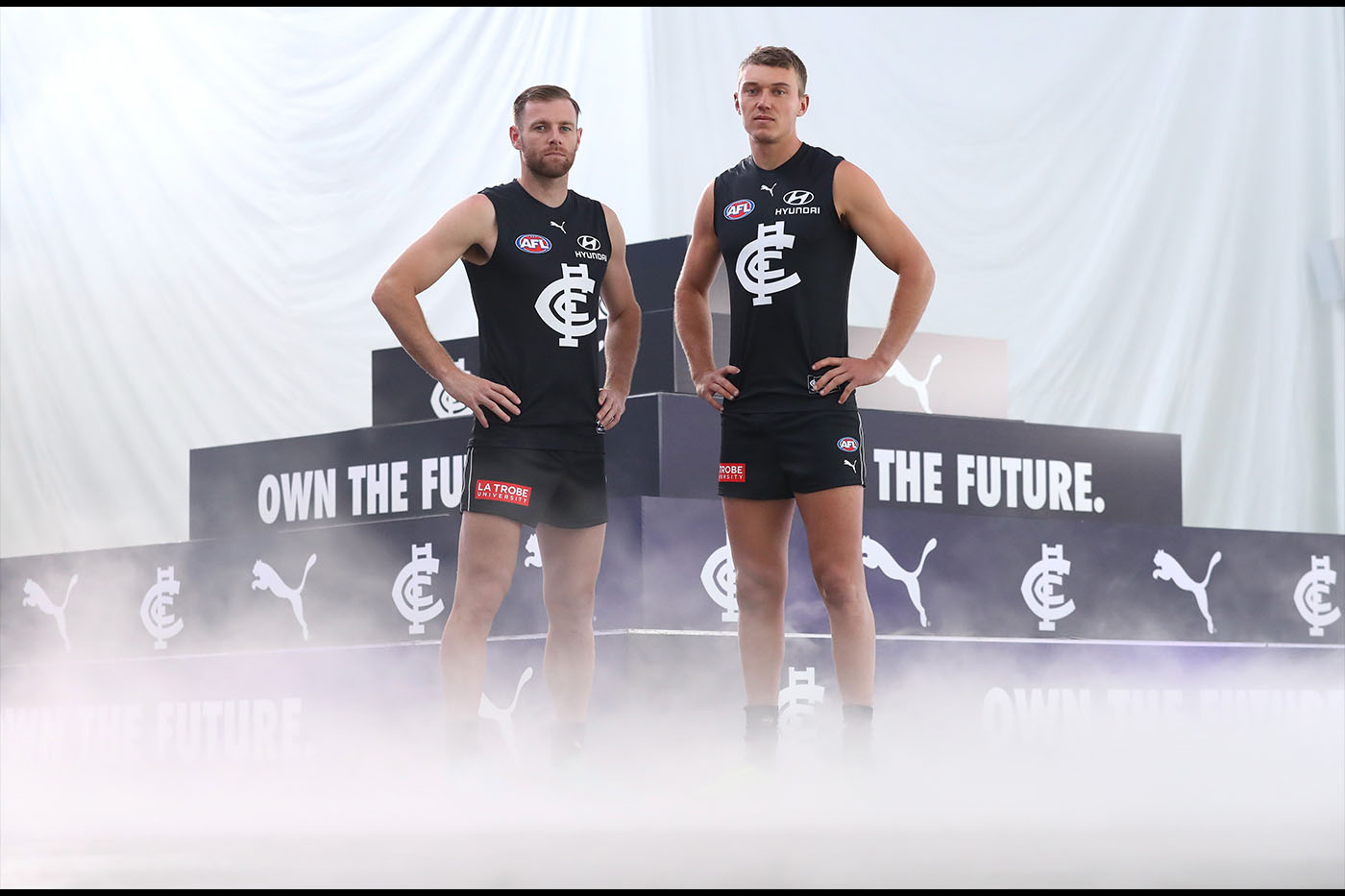 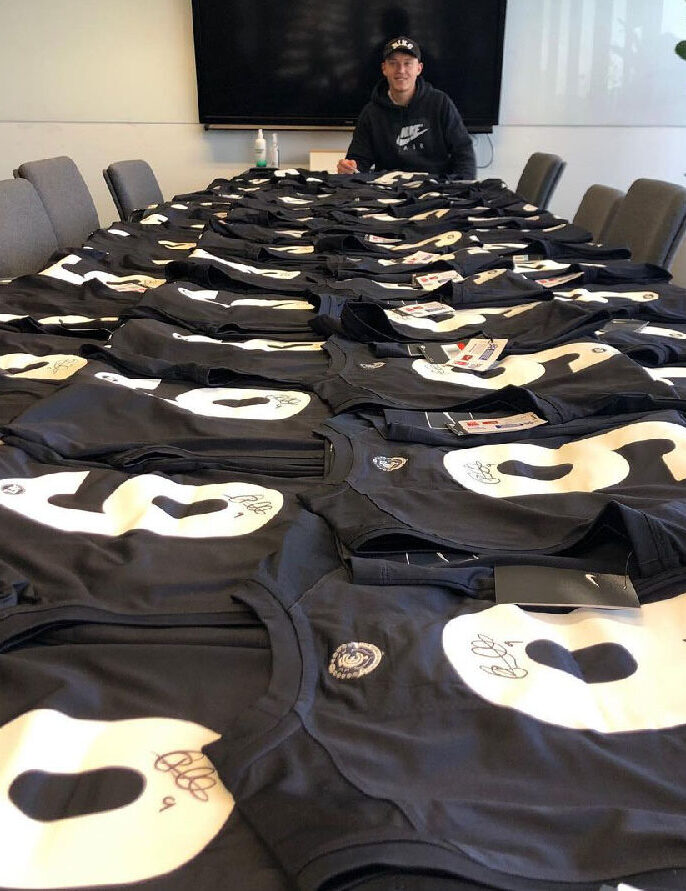 Patrick is a proud ambassador for ‘My Room’ children’s cancer charity, always willing to help raise vital funds and, more importantly, put smiles on the faces of kids doing it tough.

Always with time for the fans, his friendly easy-going nature makes him immensely popular with the younger generation and an ideal fit for community causes and the corporate world, where he currently holds an ambassadorial role with Nike.

There’s nothing better than seeing a little kid smile, even more so when they’re going through a tough time. I’m inspired to help support My Room find a cure for childhood cancer so that one day these kids can smile without a worry in the world. 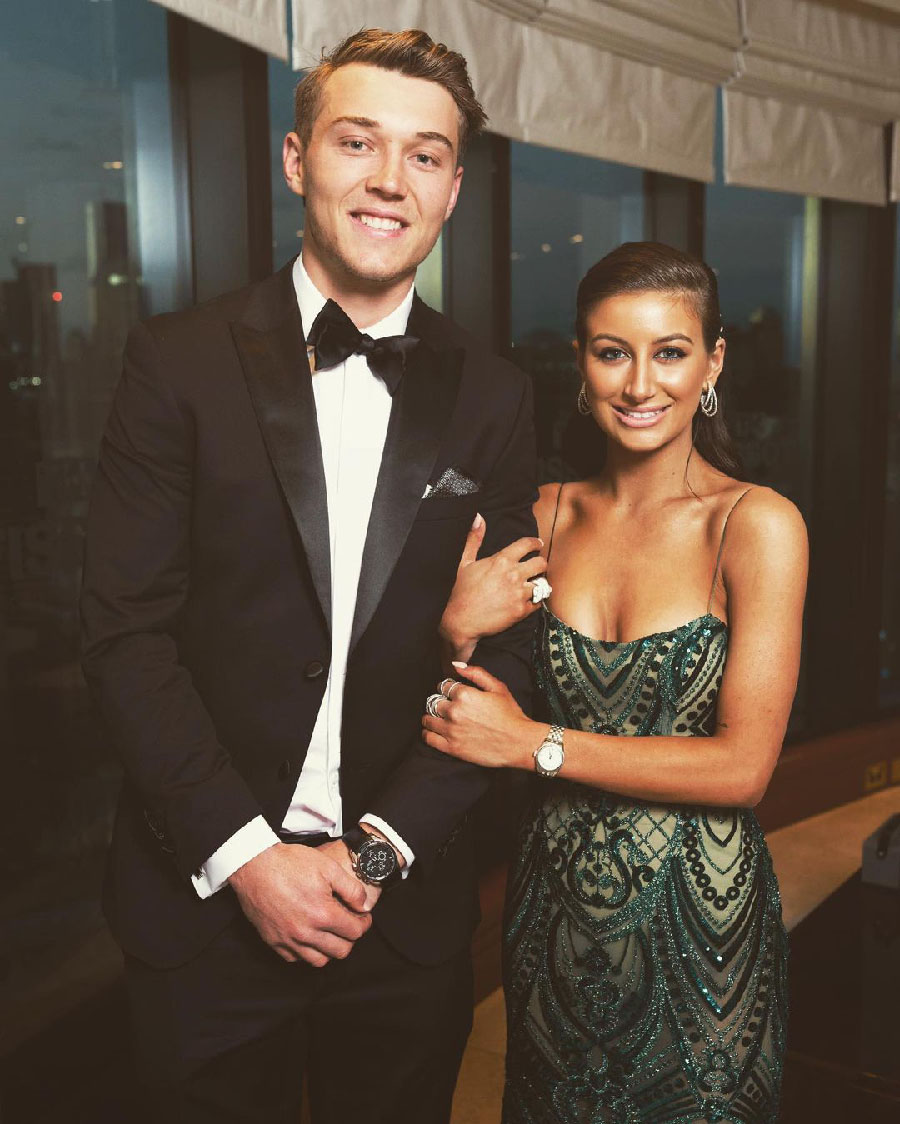 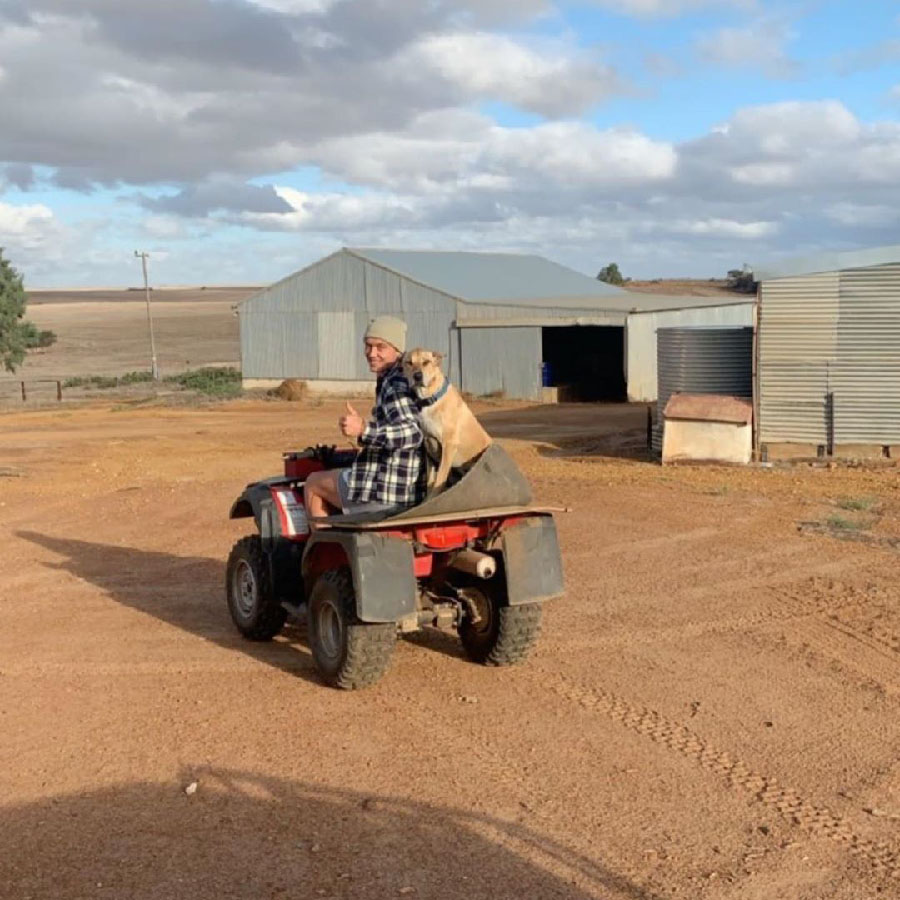 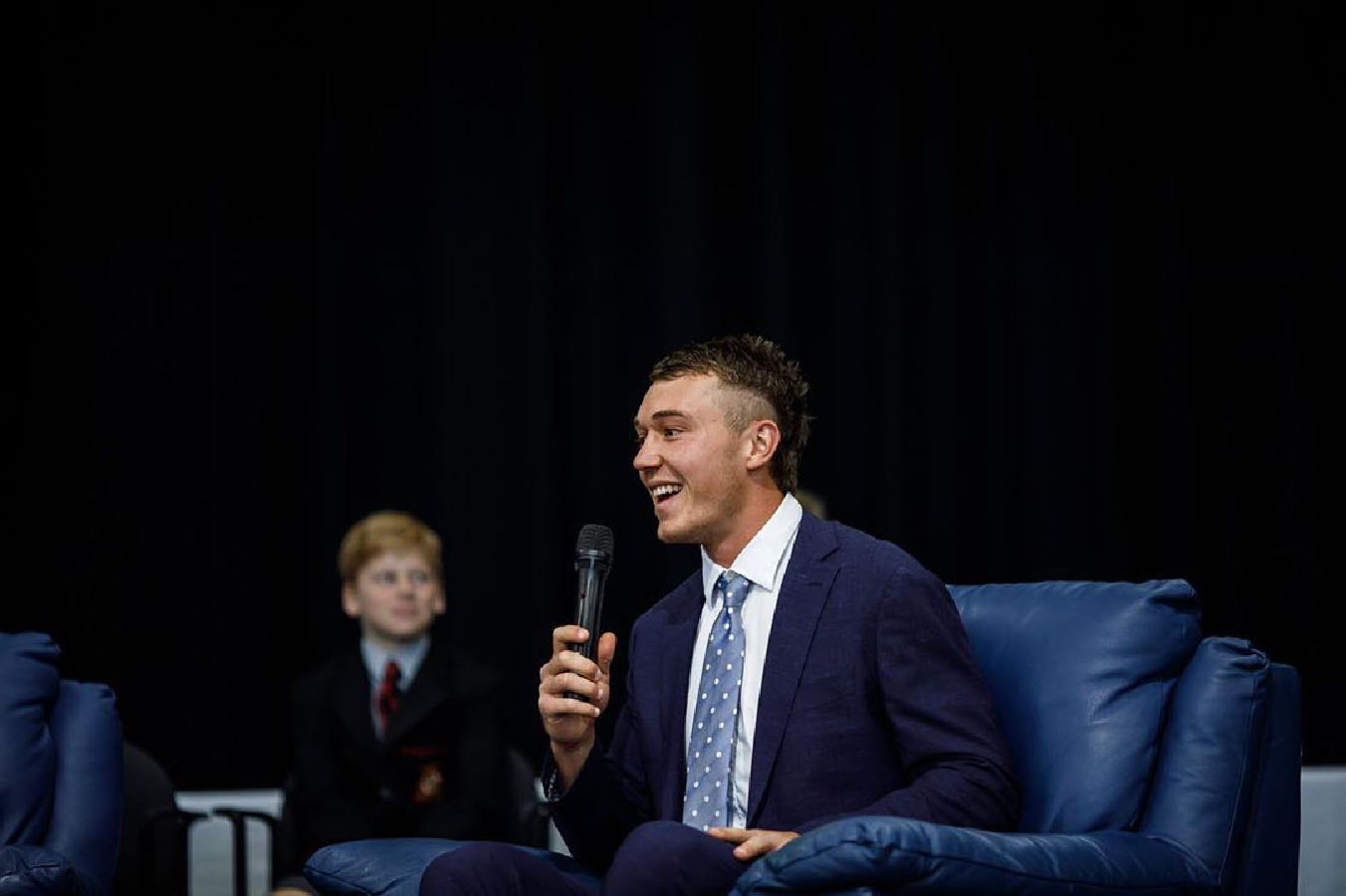 The 24-year-old country boy has had his entire life change since his professional football career took off, and yet hes still more relaxed and easygoing than youd imagine. He not only loves to escape the city to surf whenever he gets the chance, but still has pinch me

MOMENTS OVER FIVE YEARS INTO HIS CAREER. IT"S SAFE TO SAY HE"S LIVING HIS DREAM." 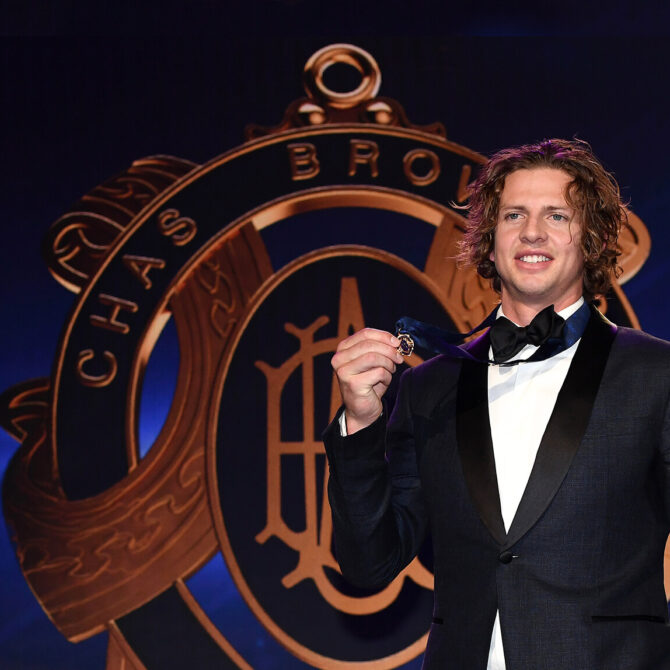 To request more information about Patrick Cripps, please contact us