The first Sudanese Australian drafted to the AFL, Majak Daw has been a role model for fellow players and his community, and is now continuing his football journey at Melbourne Football Club. 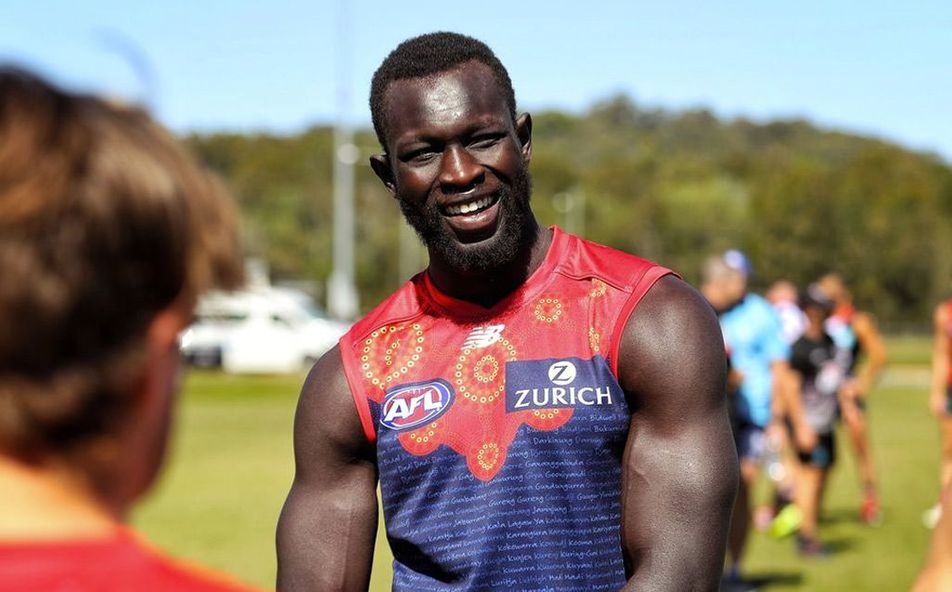 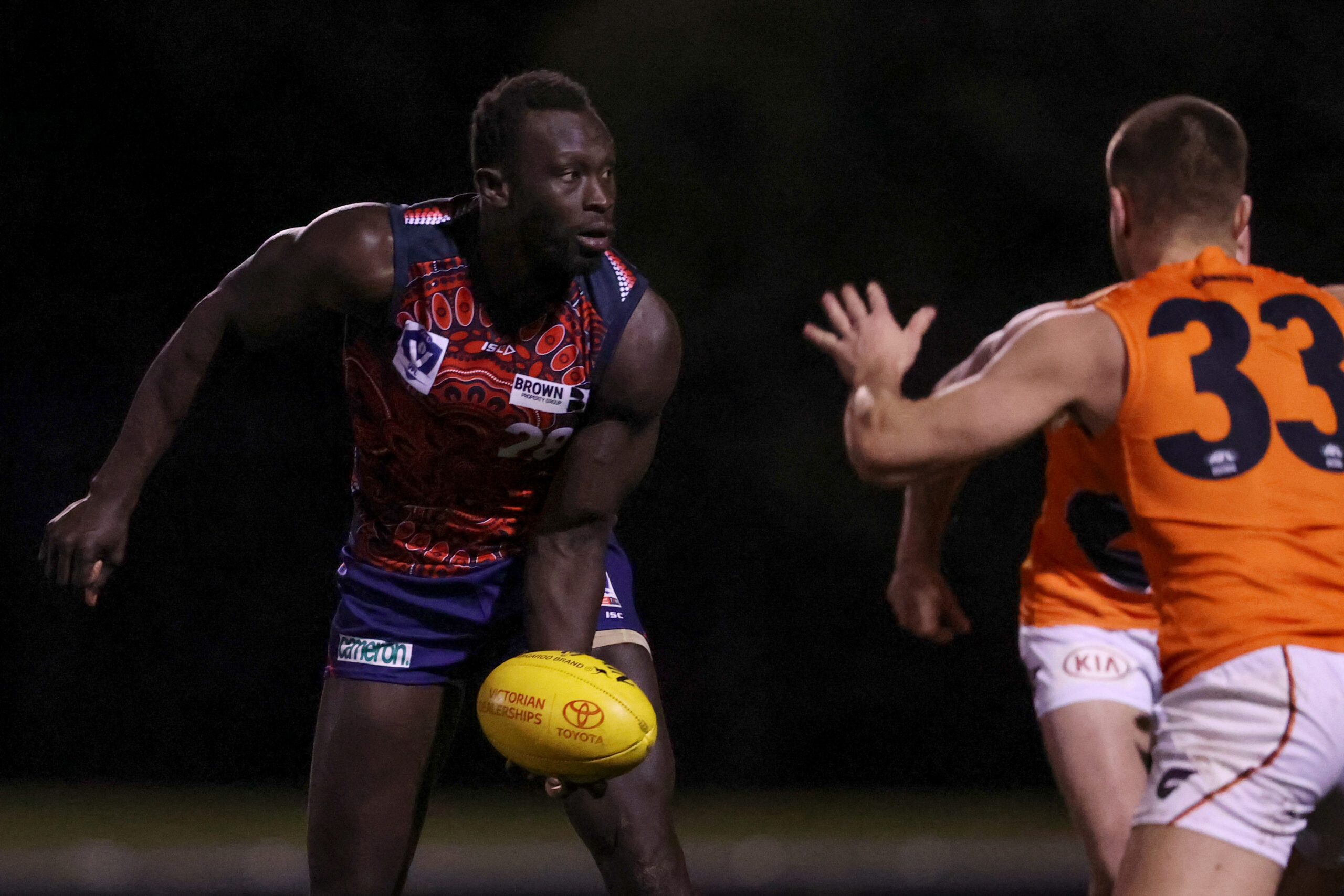 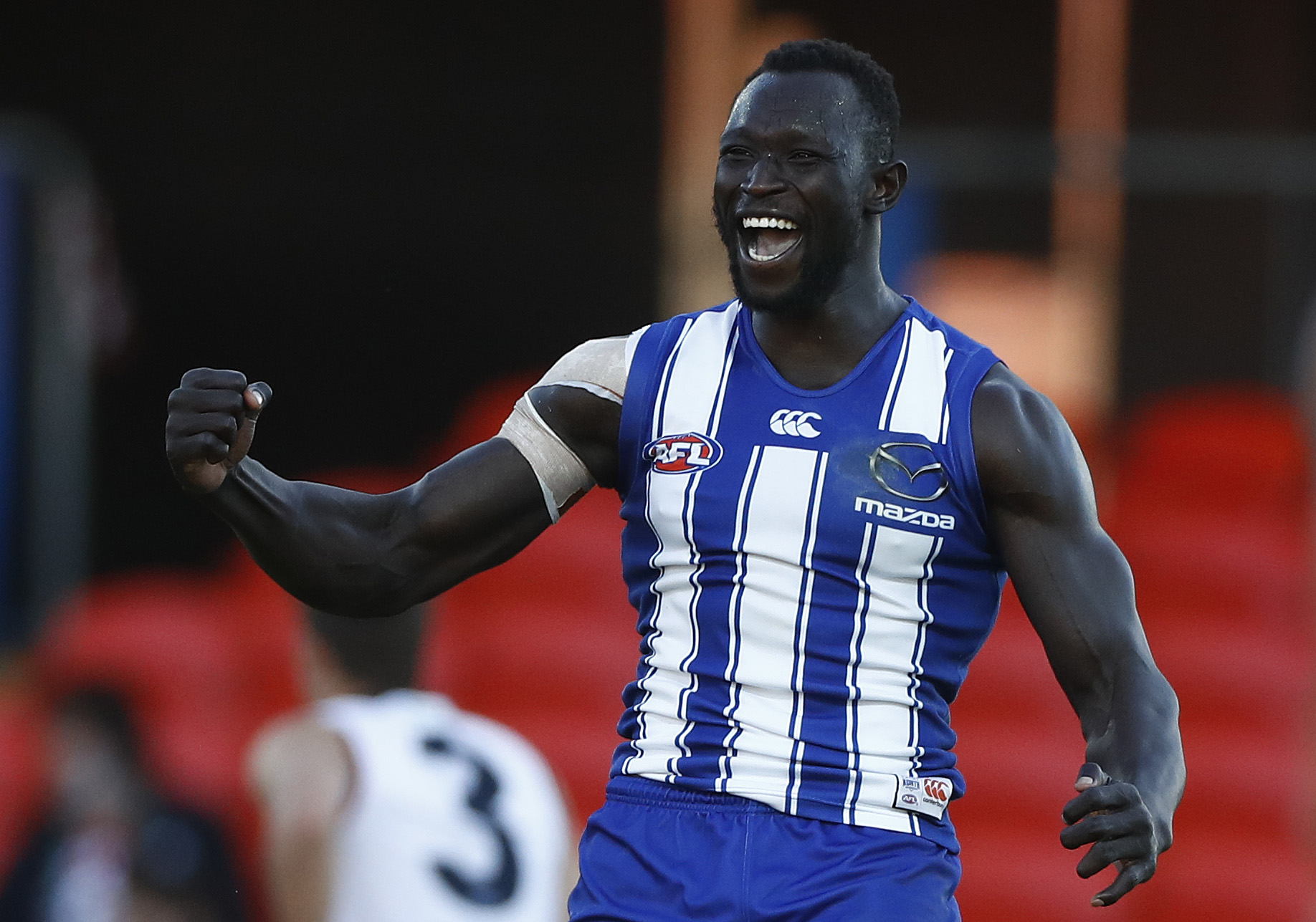 Born in Khartoum, Sudan, Daw and his family fled Sudan during the Civil War in 2000. He lived in Egypt for 3 years, then moved to Australia in 2003 at age 12.

Quickly taking to Australian Rules Football, Daw played for the Western Jets and attended the 2009 draft testing day. He was picked up in the 2010 Rookie Draft by North Melbourne.

After representing North Melbourne in pre-season matches over his first seasons at the club, Daw built claims for an AFL debut as his athleticism and powerful physique allowed him to out muscle opponents, and gained a lot of fans along the way.

Daw finally made his AFL debut in Round 4 of the 2013 season, kicking a goal with his first kick in the AFL.

While coming from behind many others by only picking up a football in his teenage years, Daw’s determination and work ethic allowed him to continue to appear for North Melbourne.

A switch up from forward to defence in 2018 rejuvenated his career as he played 18 games, his most in one season to date. However after injuries saw Daw spend almost two years on the sideline, North Melbourne delisted him at the end of the 2020 season, with 54 games and 43 goals to his name.

Daw was given a second chance when Melbourne Football Club picked him up before the start of the 2021 season.

Off field, Daw has been the face of multiculturalism in the AFL and the first of many players of African descent to play AFL. 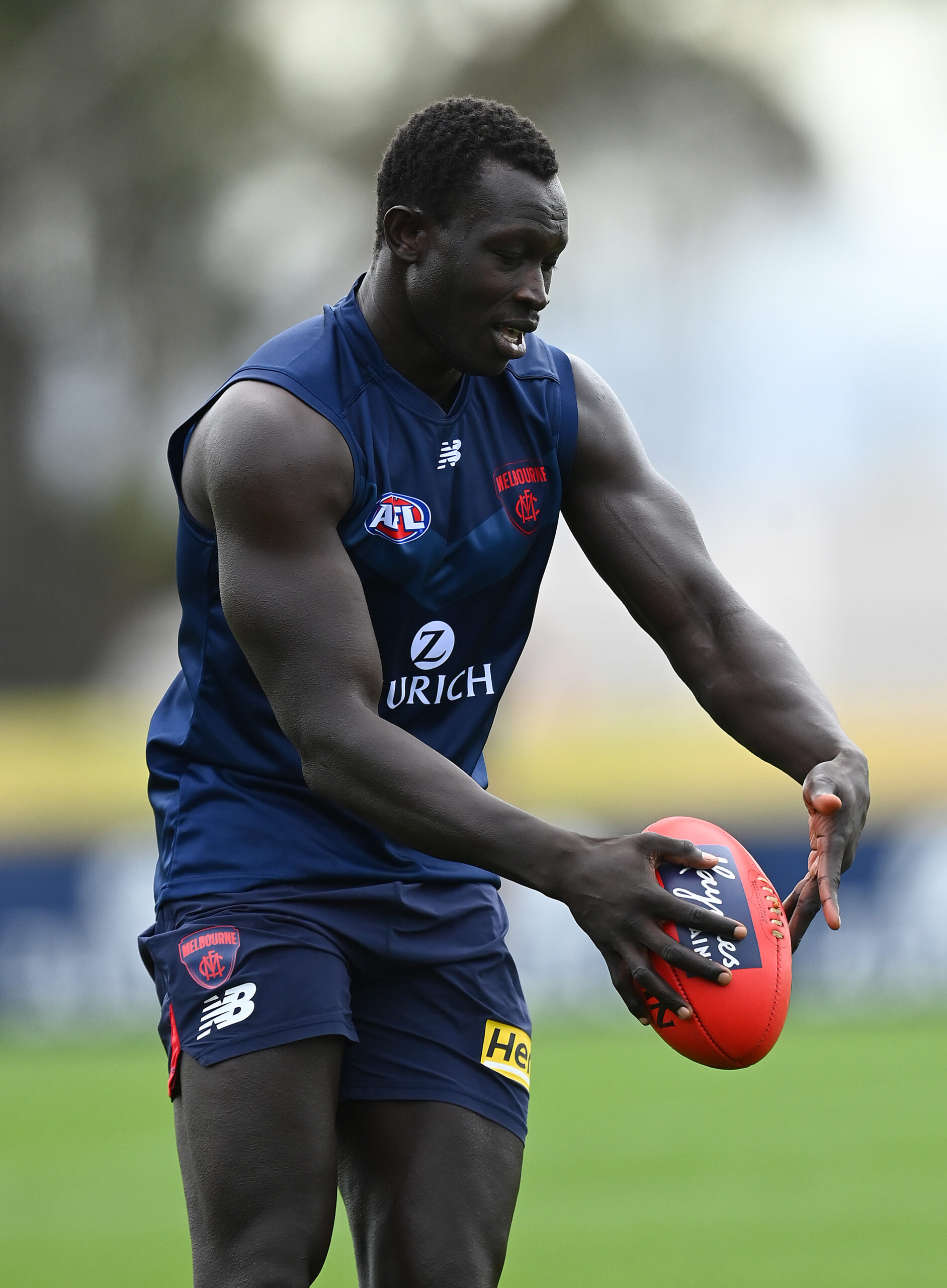 To request more information about Majak Daw, please contact us