From a dairy farm north of Victoria, to Fremantle Football Club on the other side of the country, Josh Treacy has made himself at home in Perth as he realises his football dream. 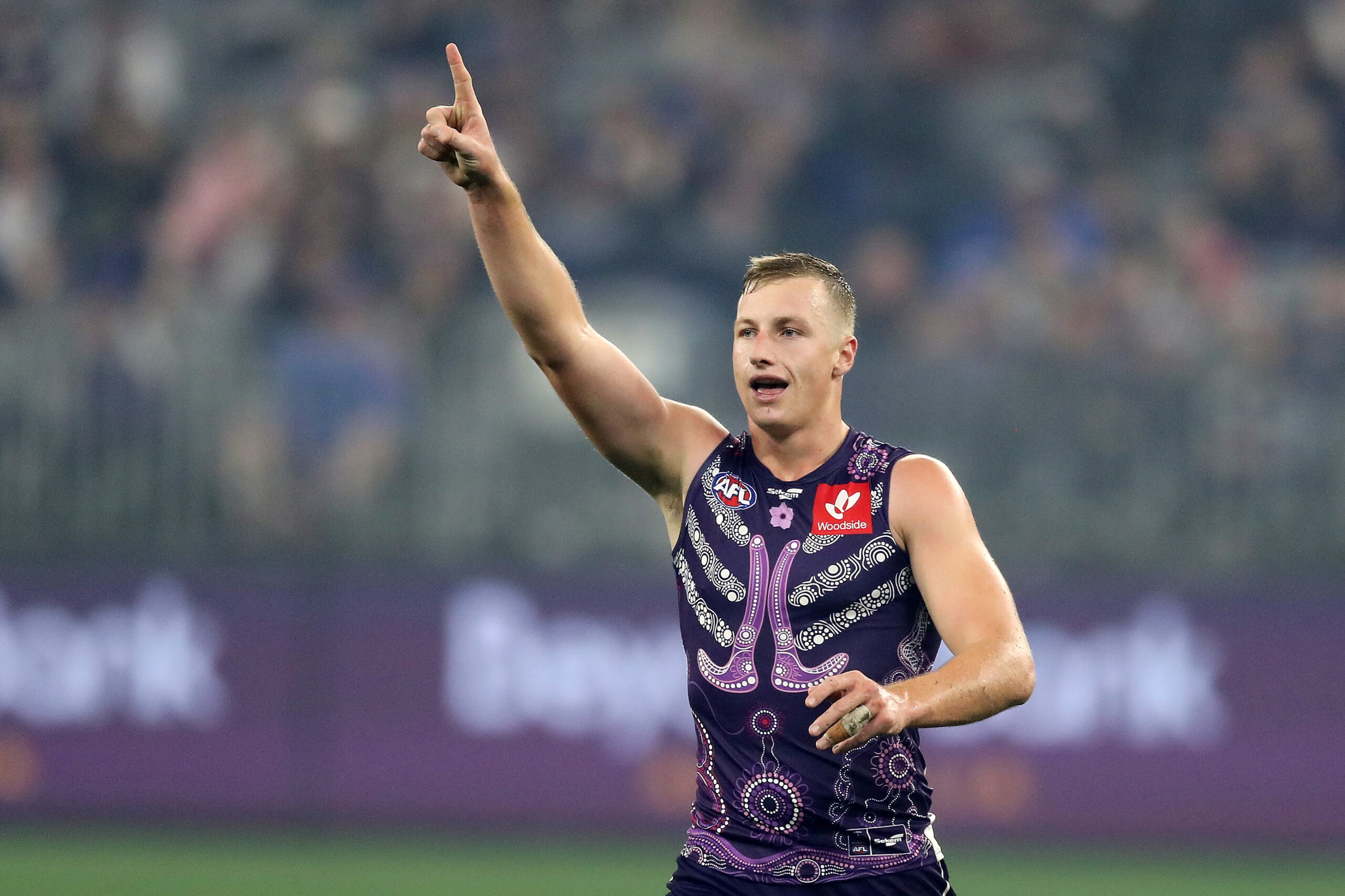 Growing up in Cohuna, country Victoria, Treacy was named captain of the Bendigo Pioneers ahead of the 2020 NAB League season. While this season was cancelled, it highlighted the leadership qualities Treacy possesses.

A key forward who can contest in the air and on ground level. Treacy’s lack of football in 2020 did not deter Fremantle from drafting him with Pick 7 in the 2021 rookie draft.

Still a raw talent, Treacy spent the first weeks of the season in the WAFL before being called on to make his AFL debut for Fremantle in Round 4 in front of the Dockers home crowd.

Showing his potential early in his career, including a three goal game in Round 12, Treacy has cemented himself as a cog in the Fremantle forward line. 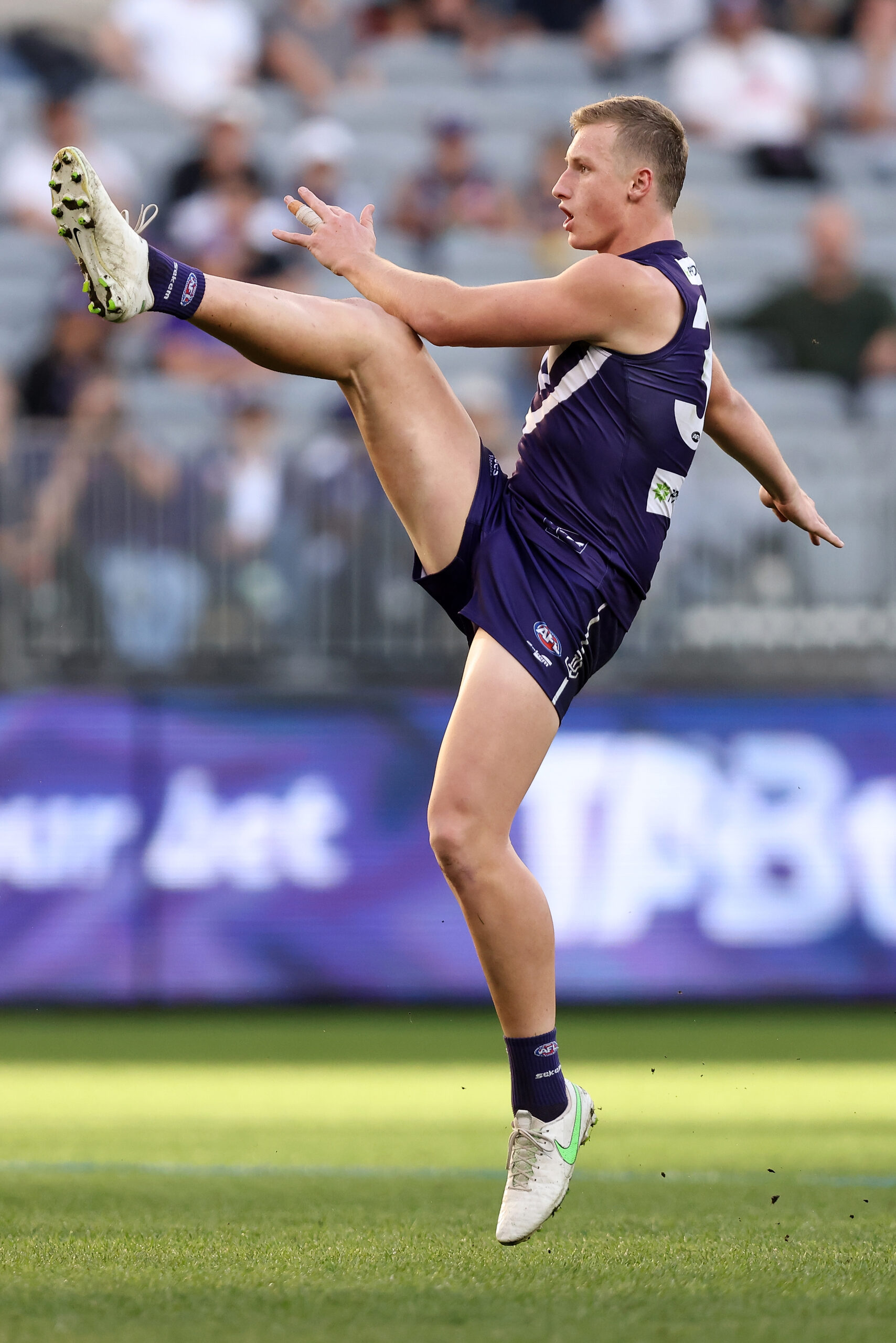 To request more information about Josh Treacy, please contact us