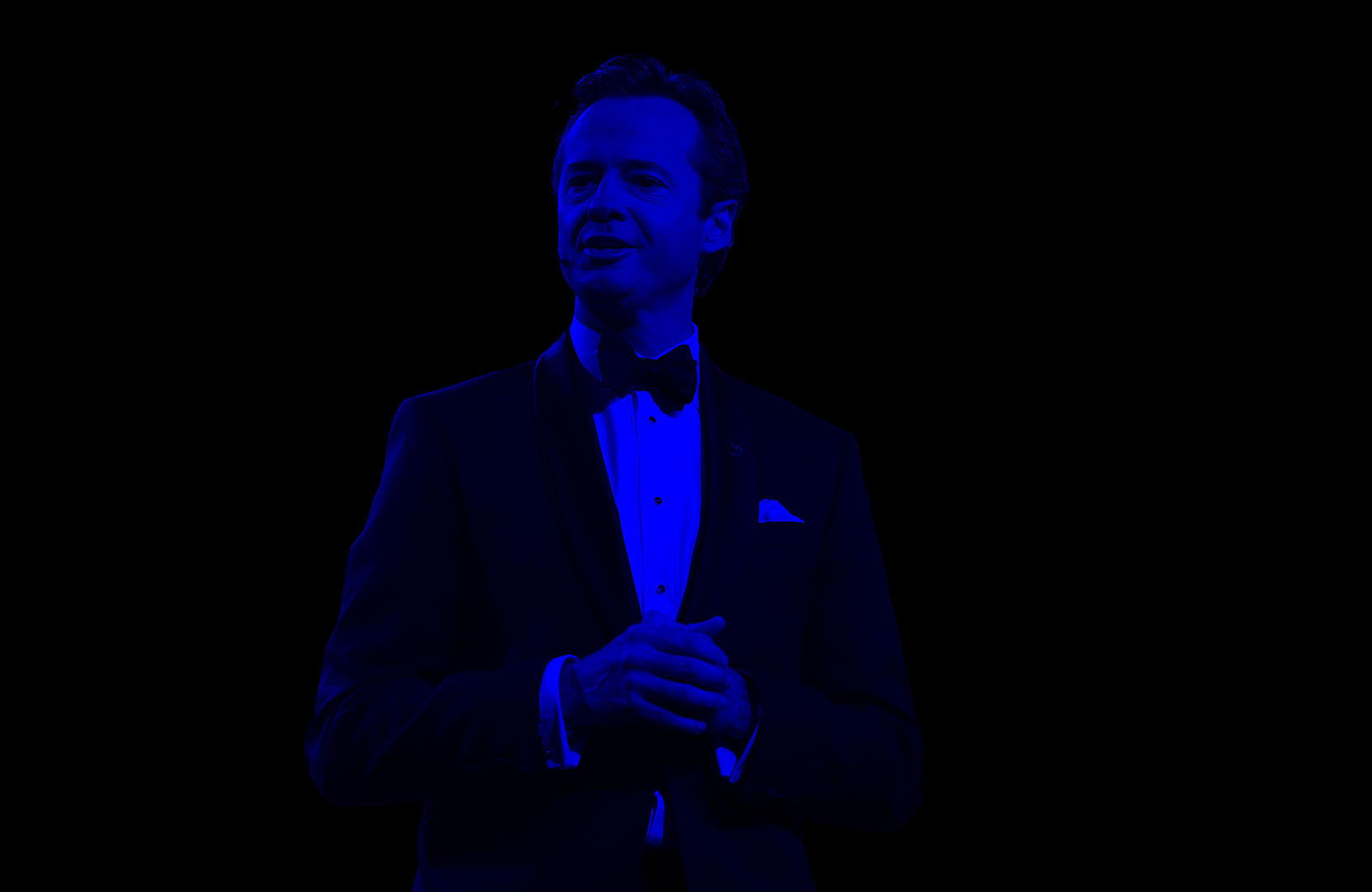 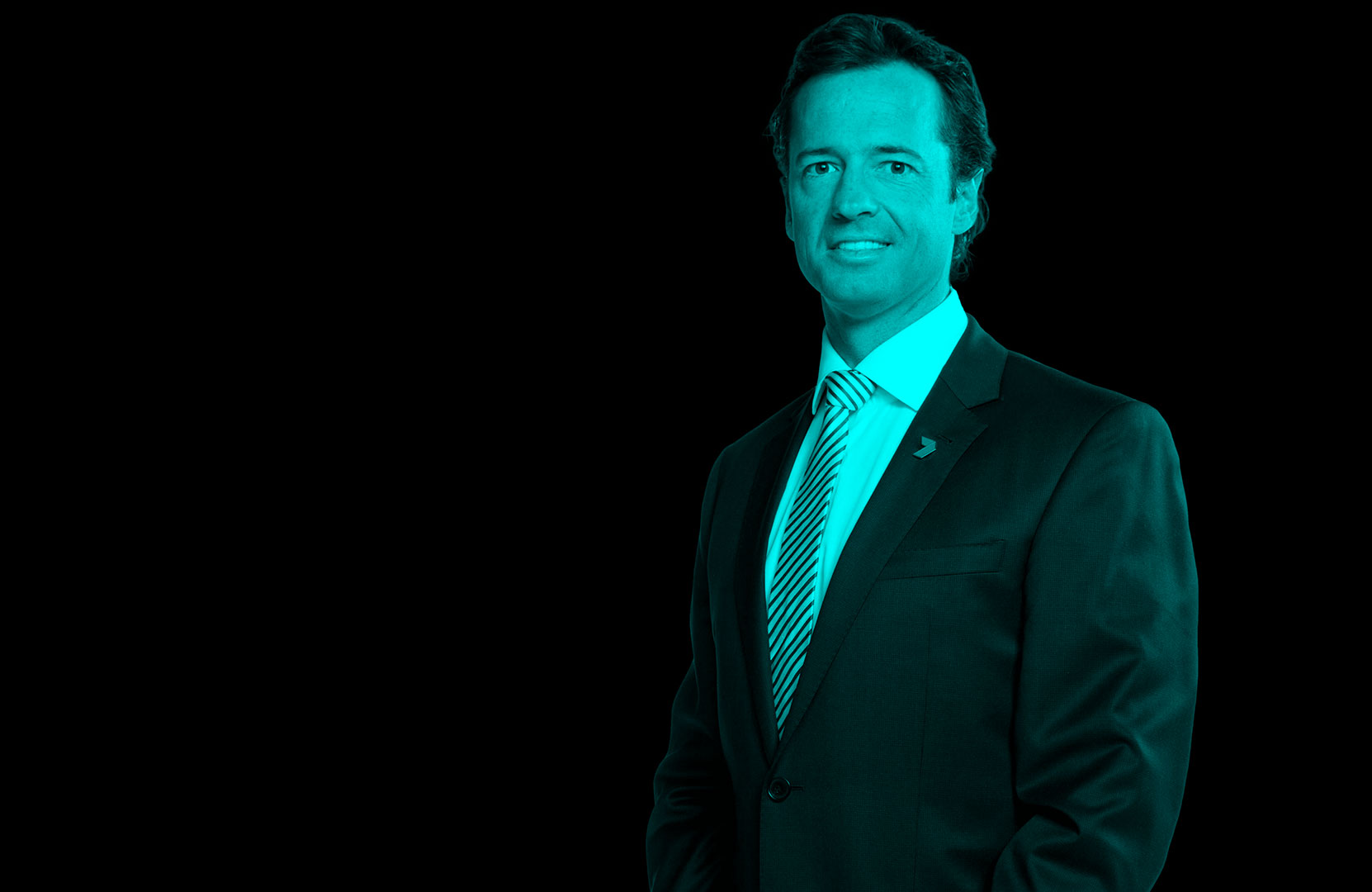 One of Australia’s premier hosts, Hamish McLachlan is a key member of the Seven Network. Multi-skilled, Hamish has a profound knowledge of all sports and is a polished host & MC. 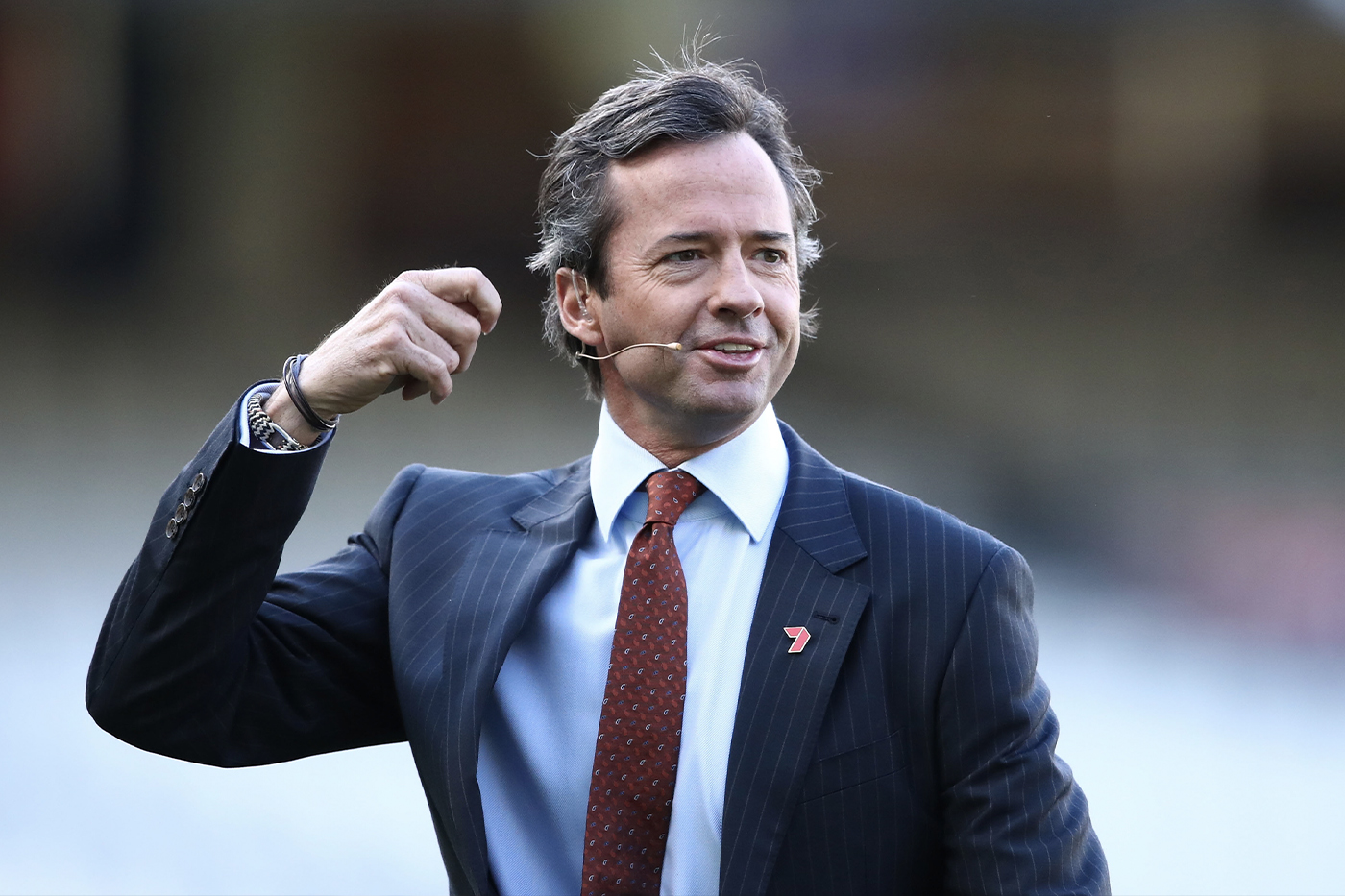 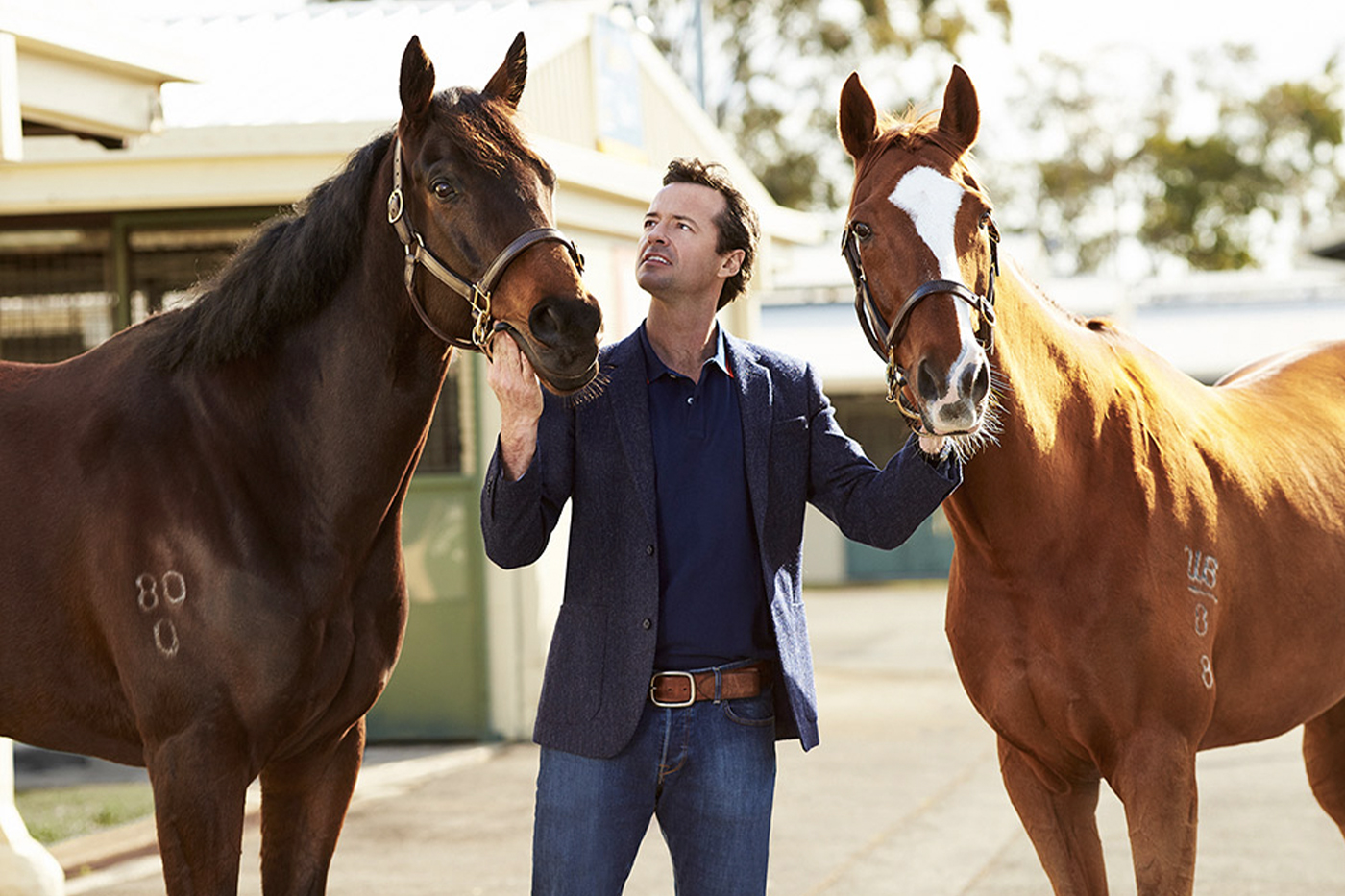 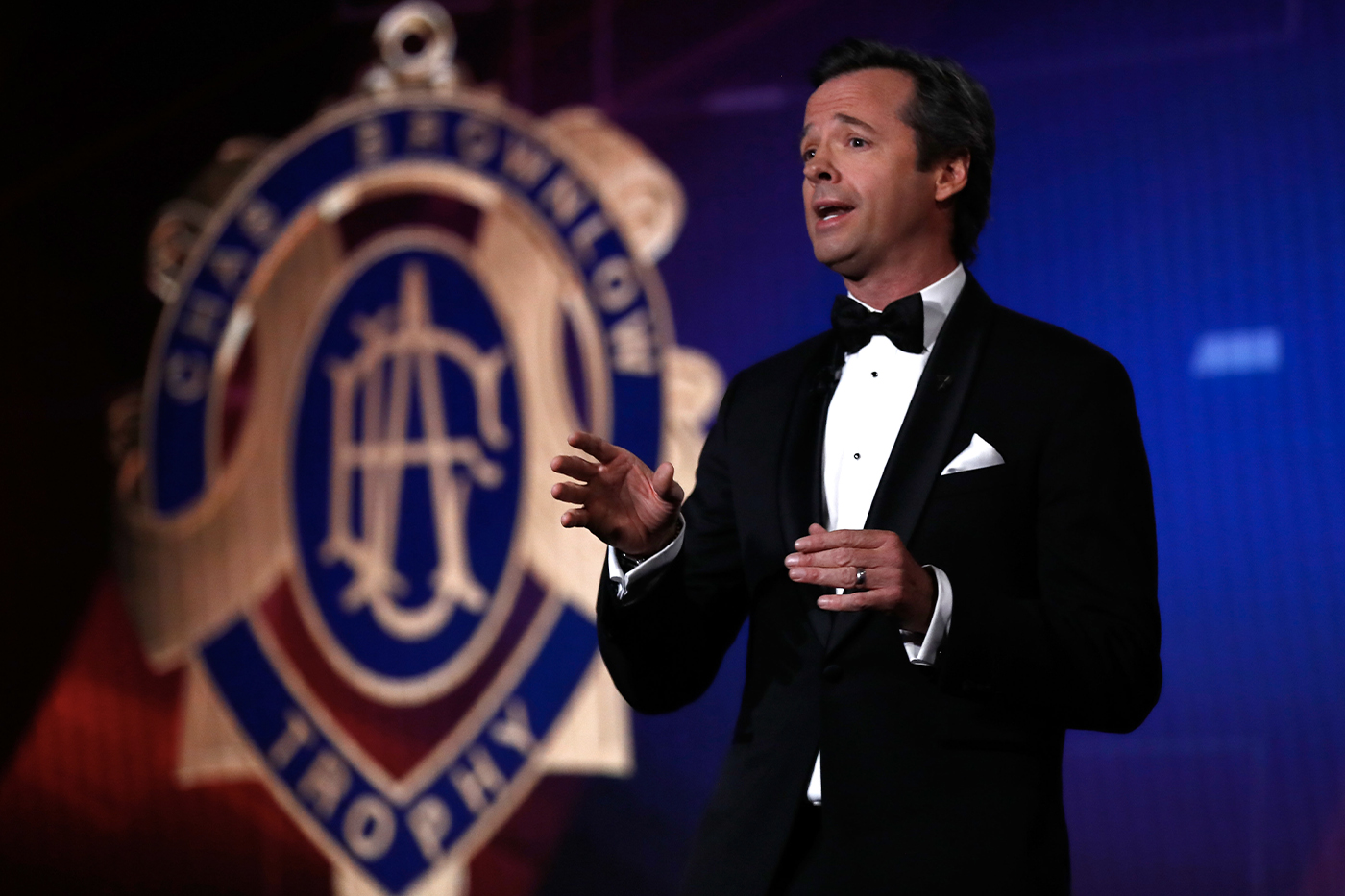 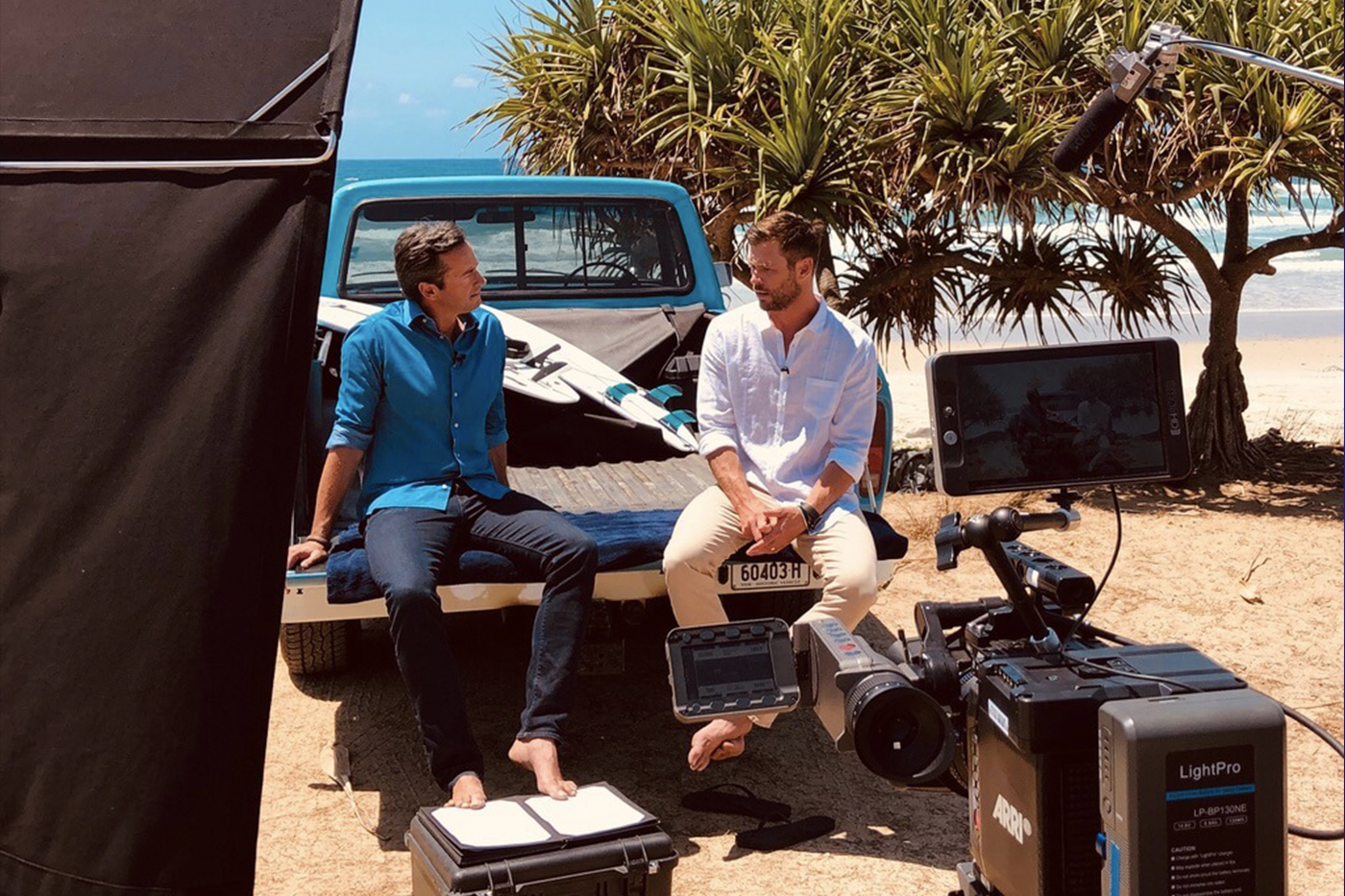 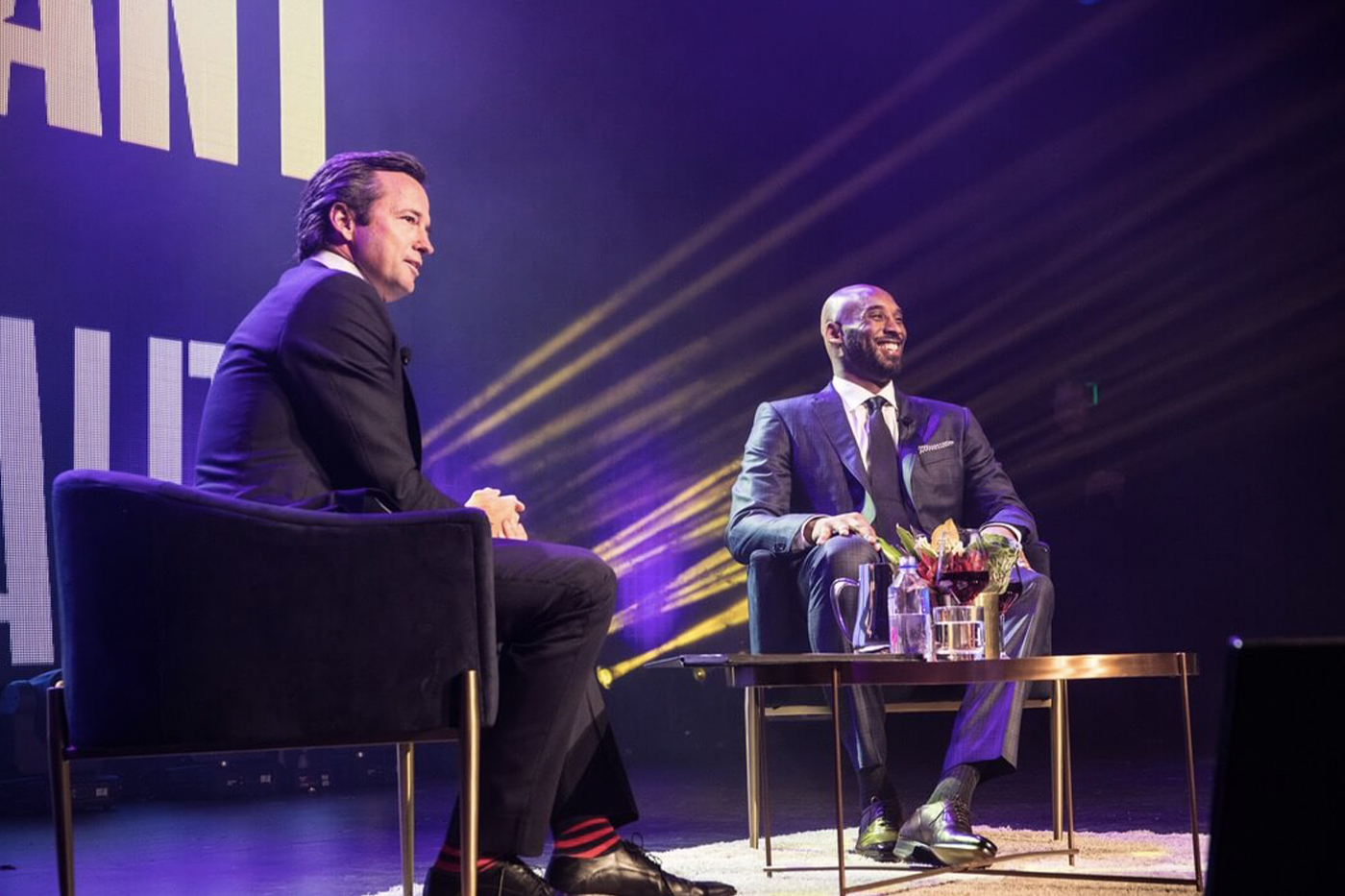 Hamish cut his broadcasting teeth in horse sports and polo – a sport where his role as a player and administrator led to opportunities to call games locally and then, in time, at tournaments such as the Cartier International in England and International Tests throughout Europe and Asia.

Knowing the hard work needed to be done abroad to get an opportunity at home, he spent three summers in Europe hosting sporting and charity events and calling matches to hone his skills behind the microphone in the hope he would get an opportunity in Australia.

Returning to Australia in 2008, McLachlan got his break with Channel 7, first appearing as the host of Sunday morning footy fix AFL Game Day, balancing informed opinion and light-hearted banter with some of the game’s past and present greats.

Following the success of AFL Game Day, Hamish was asked to become involved in the hosting of the Spring Racing broadcast and calling tennis for the World Feed broadcast of the Australian Open with Channel 7.

He has also hosted breakfast radio on SEN.

In 2019, Hamish first had the honour of hosting the 2019 Brownlow Medal Count and Coverage.

In 2020, Hamish hosted the popular AFL digital series ‘The Last Time I Cried.’ 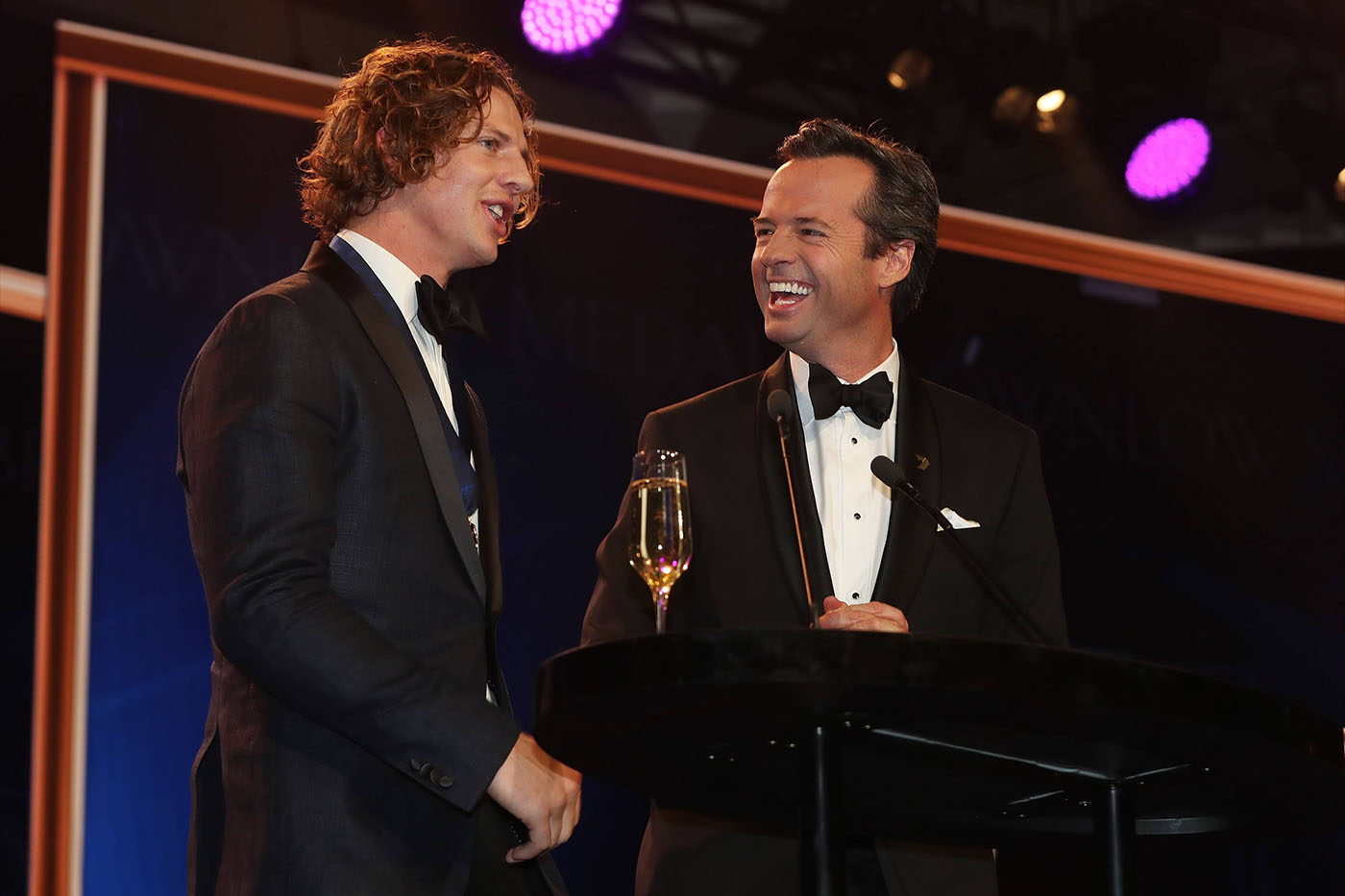 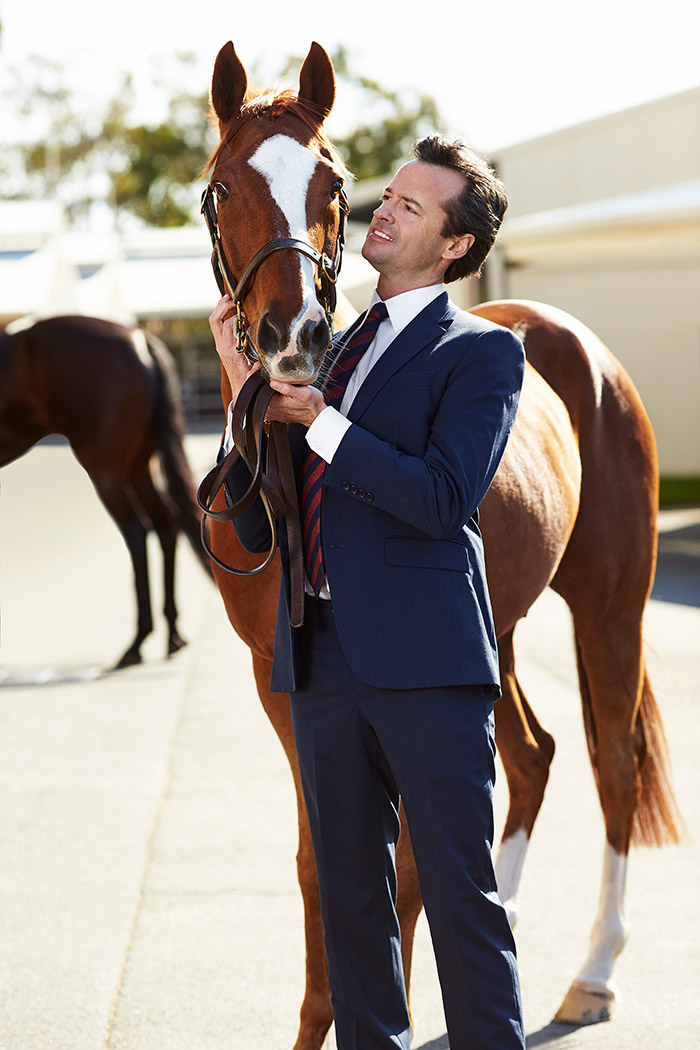 Hamish lives in Melbourne with wife Sophie and three children.

He is in high demand as an entertaining master of ceremonies, and had the privilege of interviewing the late NBA superstar Kobe Bryant at an exclusive event.

McLachlan is an active supporter of various causes including Captain Courageous, where he is a Board Member, the Royal Flying Doctor Service, where he is an Ambassador, and Cool Australia.

This year Hamish has also partnered with AIA Vitality.

At some point, most of us have been moved to tears by a sporting moment. Or felt compelled to stand up and cheer. Or we’ve hugged someone we barely know as a result of witnessing something totally sublime. Or we’ve simply been left speechless. Sport stirs the emotions like few other mediums. 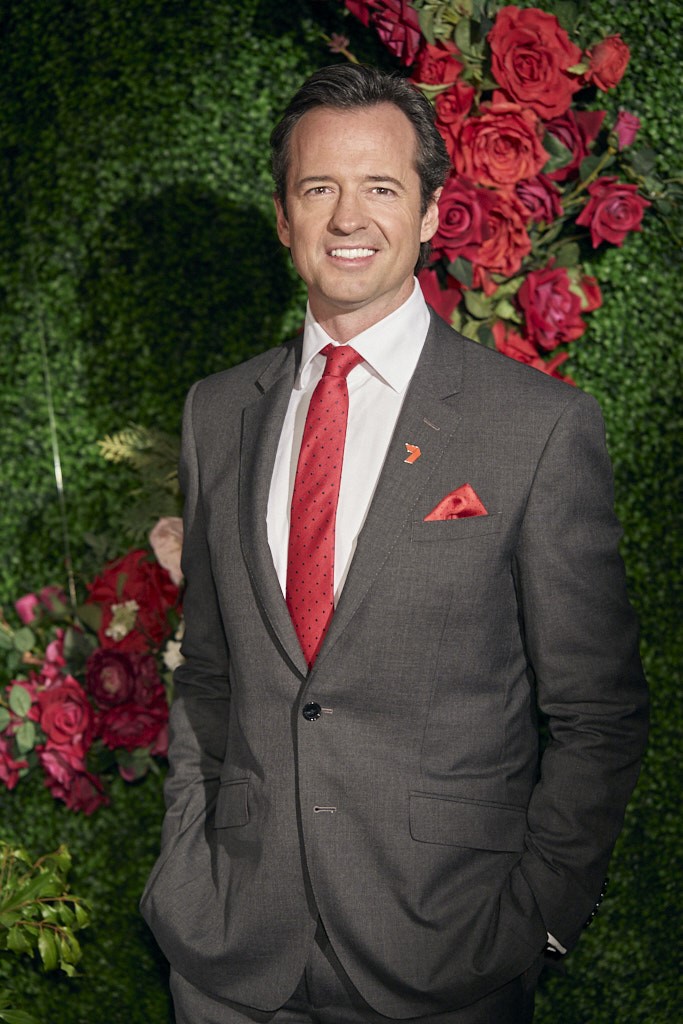 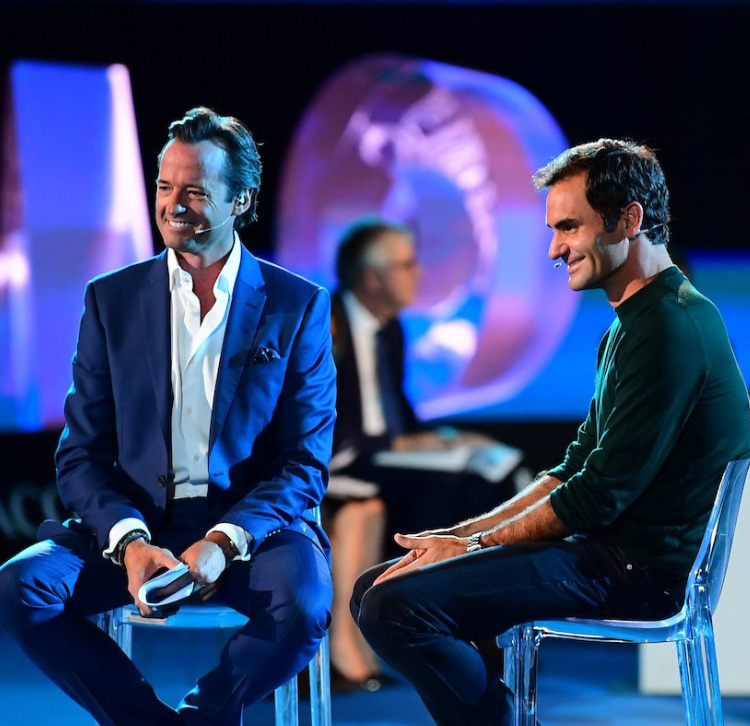 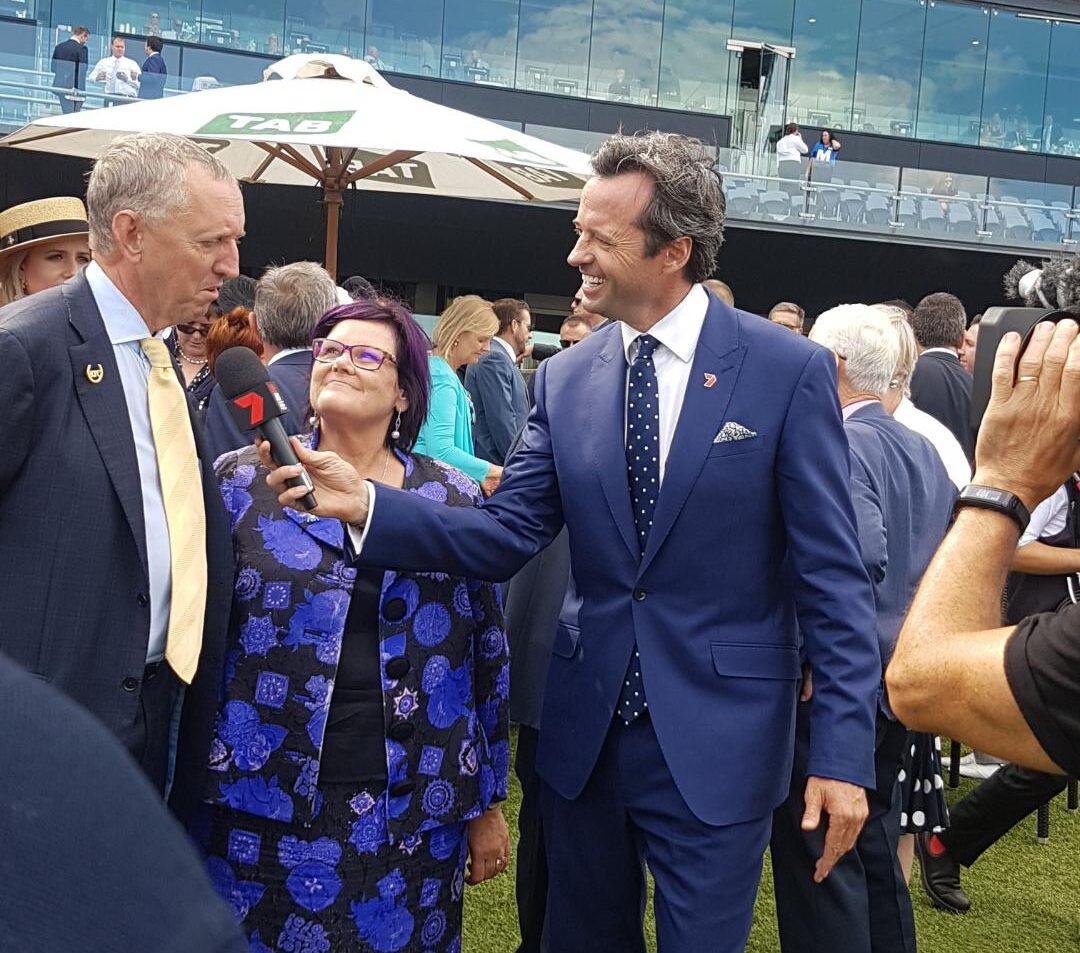 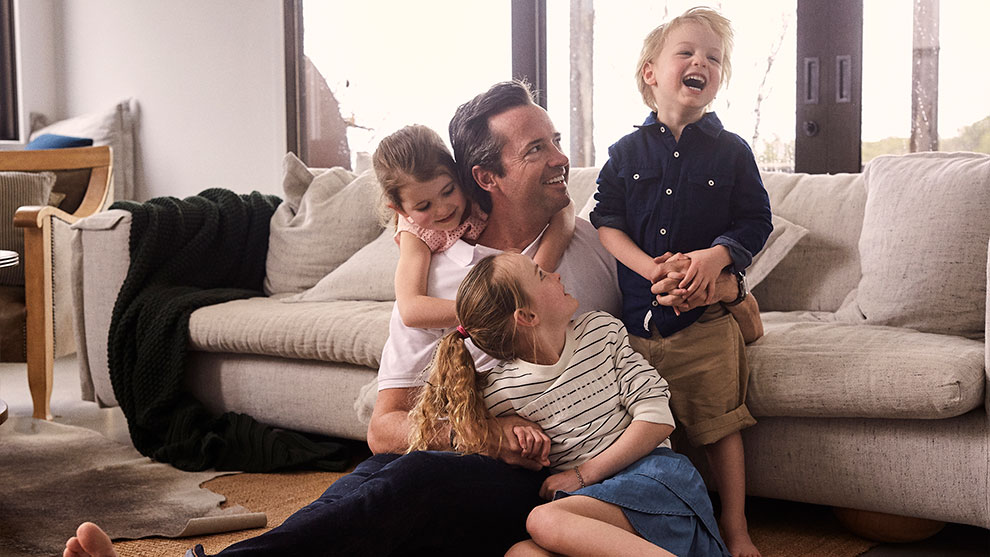 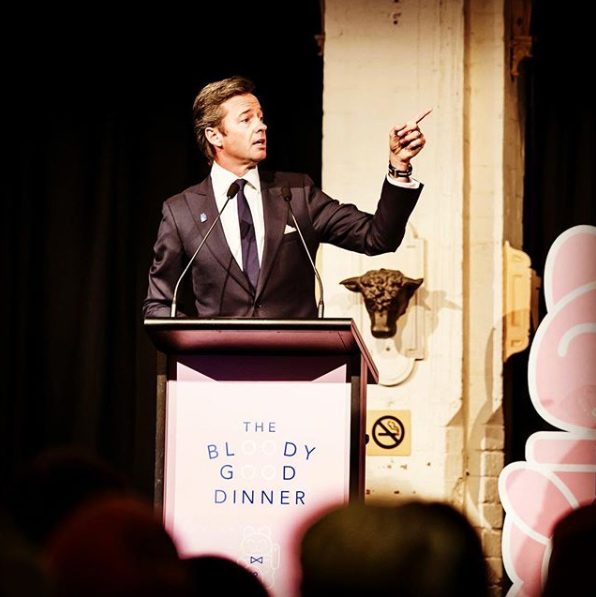 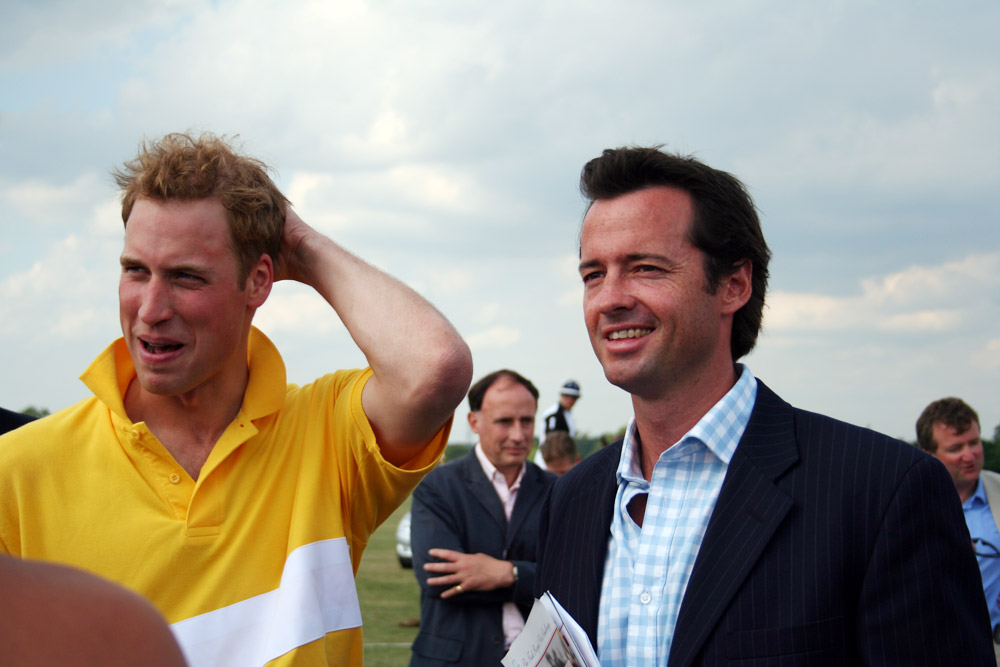 NAB have a great long term partnership with Hamish, hes been heavily involved in our Auskicker of the Year activity interviewing our Auskickers every Friday night on the Channel 7 broadcast, one of our most valuable media assets. Hamish has also MCed a number of NAB events at all levels of the organisation and is an excellent compare, regardless of the project were working on with Hame, we know he will bring something special. Hes an excellent ambassador for out brand, we look forward to working with him for years to come 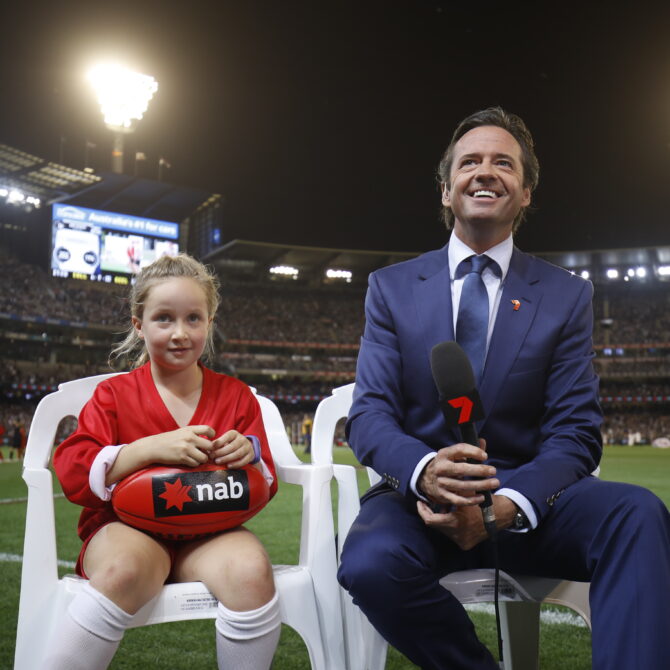 To request more information about Hamish McLachlan , please contact us