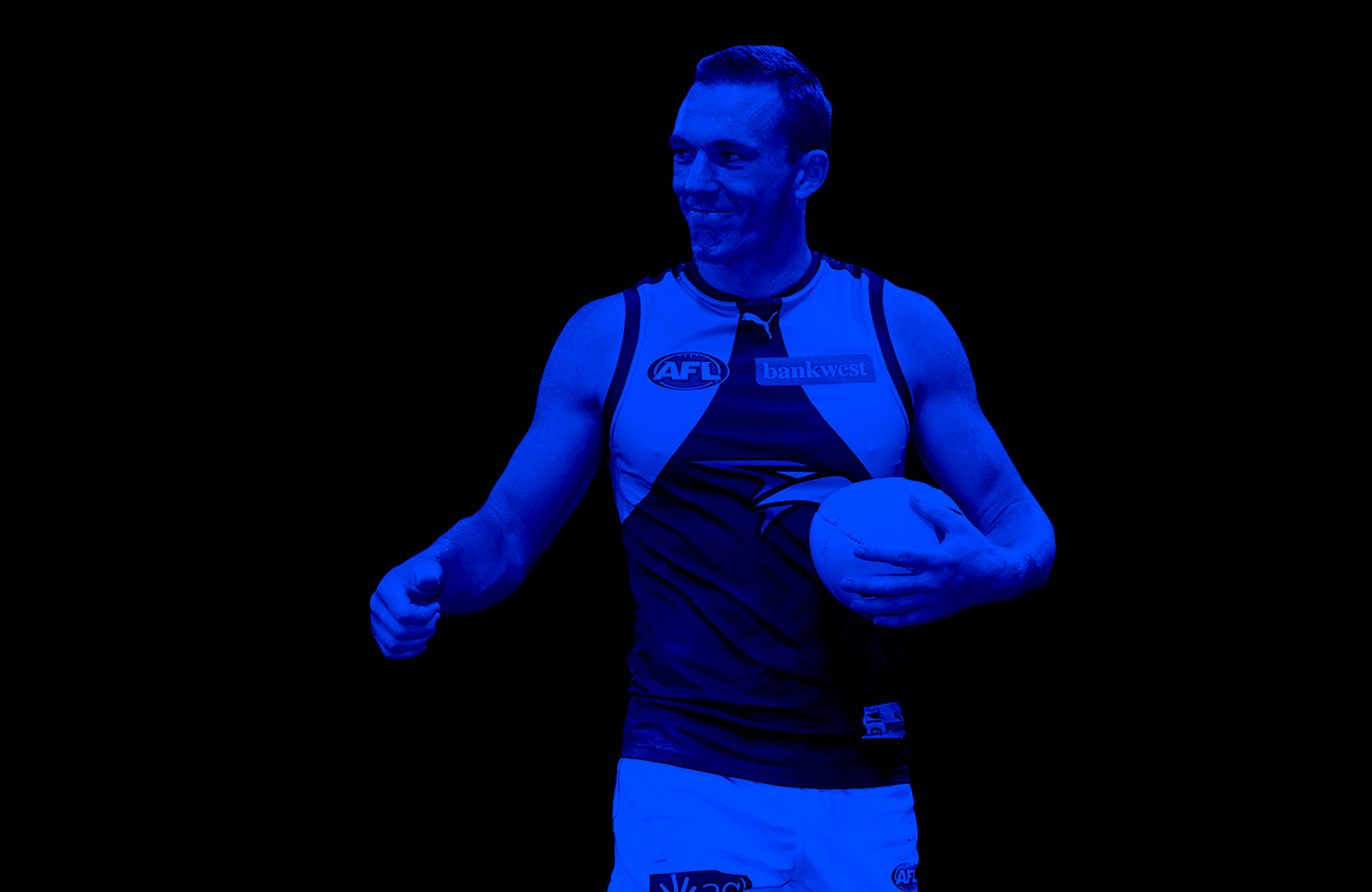 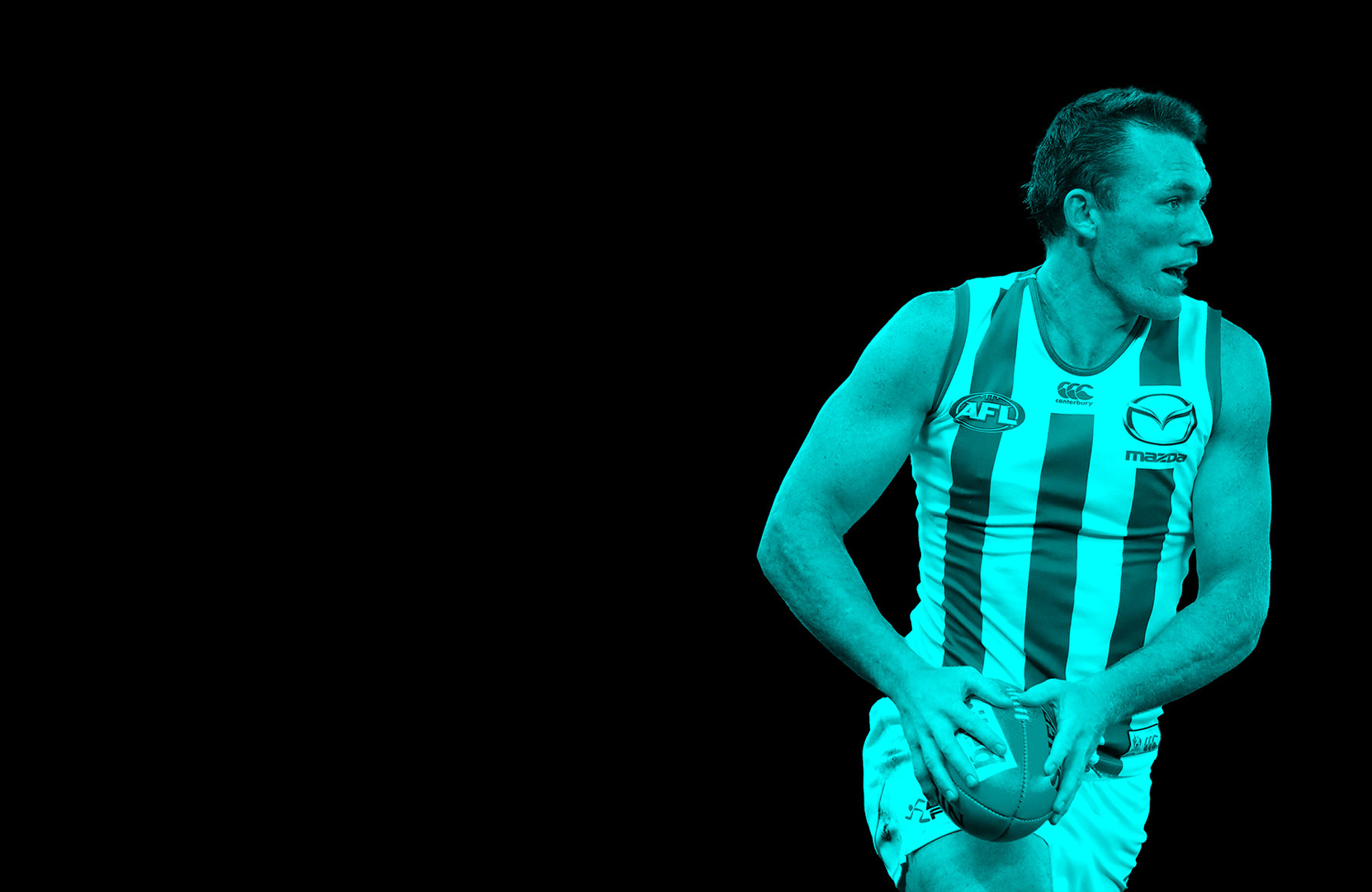 316 game champion of North Melbourne, Drew Petrie finished his career with West Coast before transitioning into a coaching role with the Eagles. 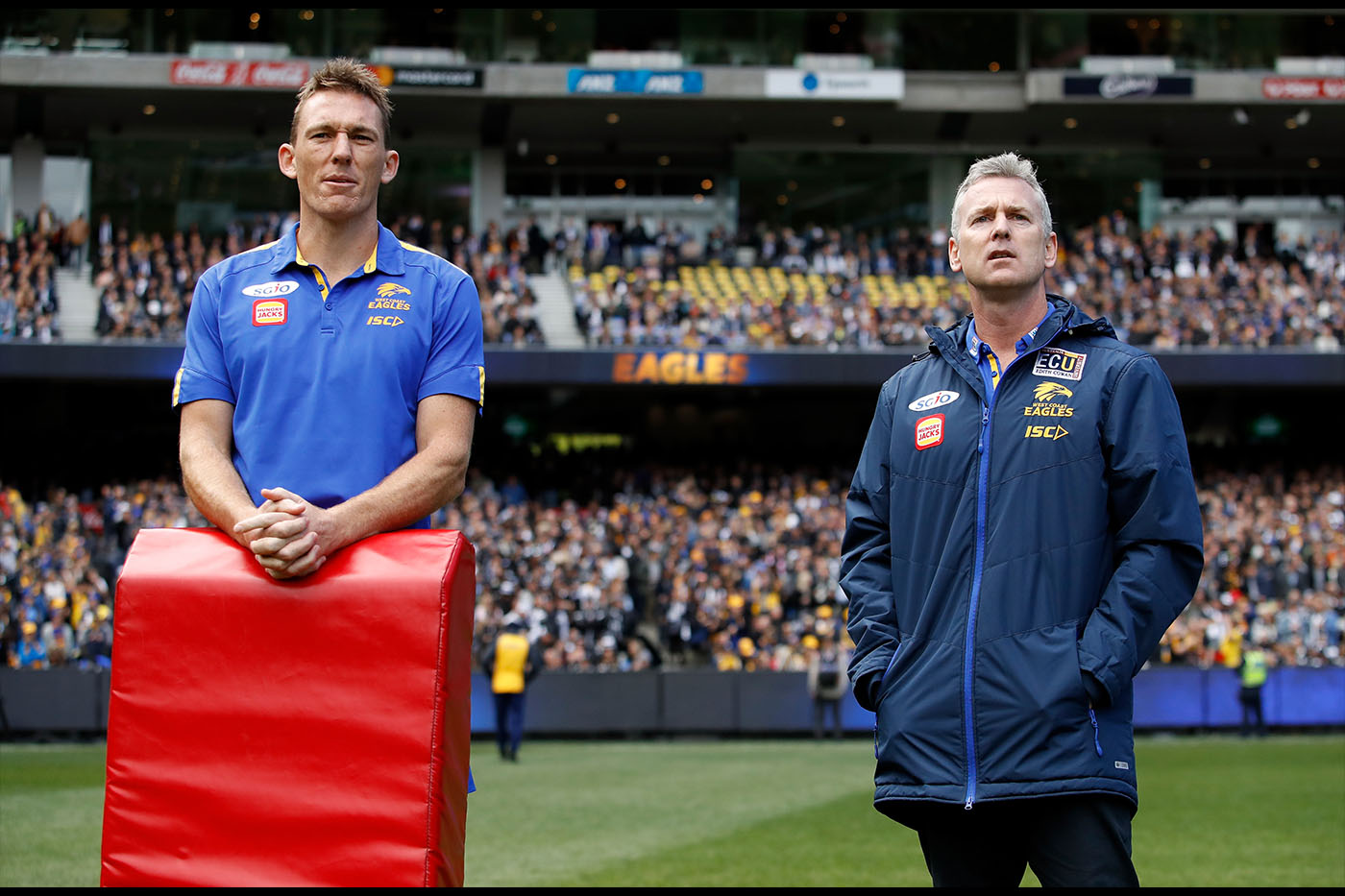 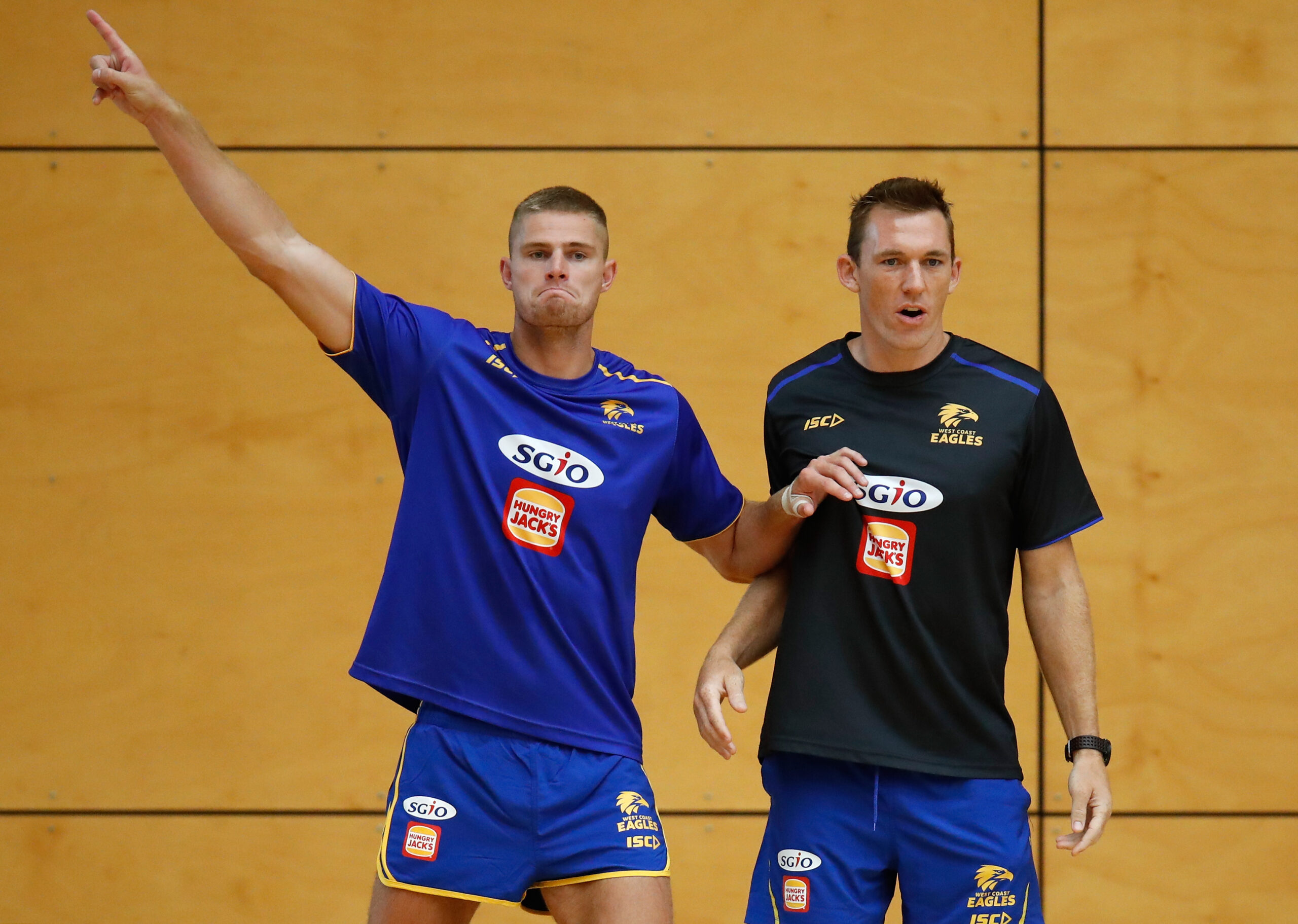 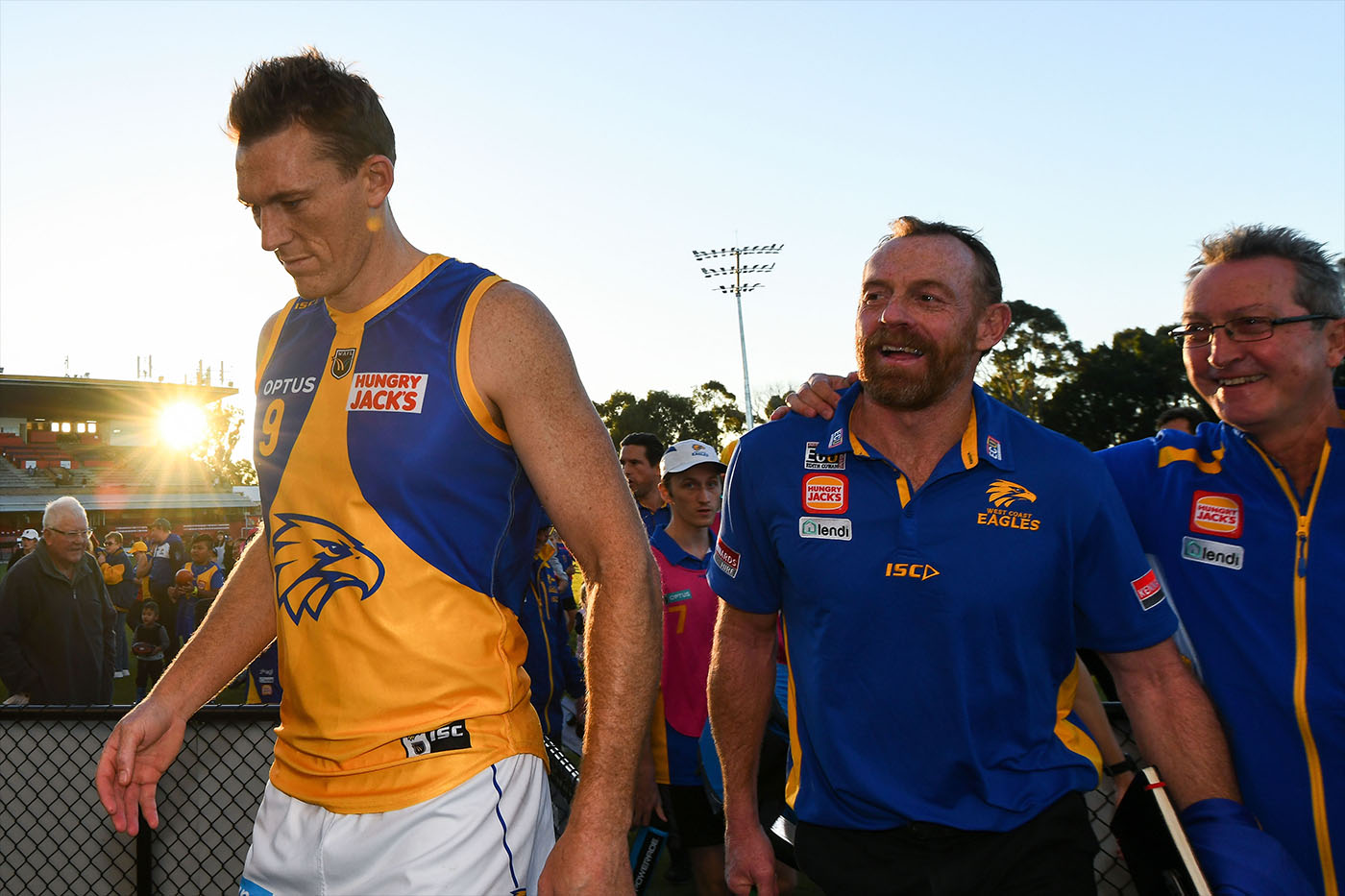 Drew Petrie grew up in the Victorian city of Ballarat, where he played junior football for the Ballarat Football Club. Petrie attended St. Patrick’s College in Ballarat which has a rich history of producing AFL footballers. Petrie was drafted by North Melbourne at pick 23 of the 2000 National Draft on the back of strong form for the North Ballarat Rebels in the TAC Cup.

Petrie made his debut in the 2001 season, and quickly became a mainstay of the Kangaroos forward line, also pinch hitting in the ruck. He went on to have a fantastic career for the Shinboners, playing 316 games and kicking over 400 goals on the way to five leading goalkicker awards and All Australian selection in 2011. Petrie also represented Australia in the International Rules series against Ireland in 2008. Petrie has played the second most games in North Melbourne’s history behind Brent Harvey. After North Melbourne elected not to renew Petrie’s contract at the end of the 2016 season, Petrie nominated for the draft and was selected as a rookie by West Coast. Petrie played a further 16 AFL games for the Eagles. Petrie has remained at West Coast in an off-field capacity, working in a Development role in the Eagles AFL, WAFL and Academy programs. 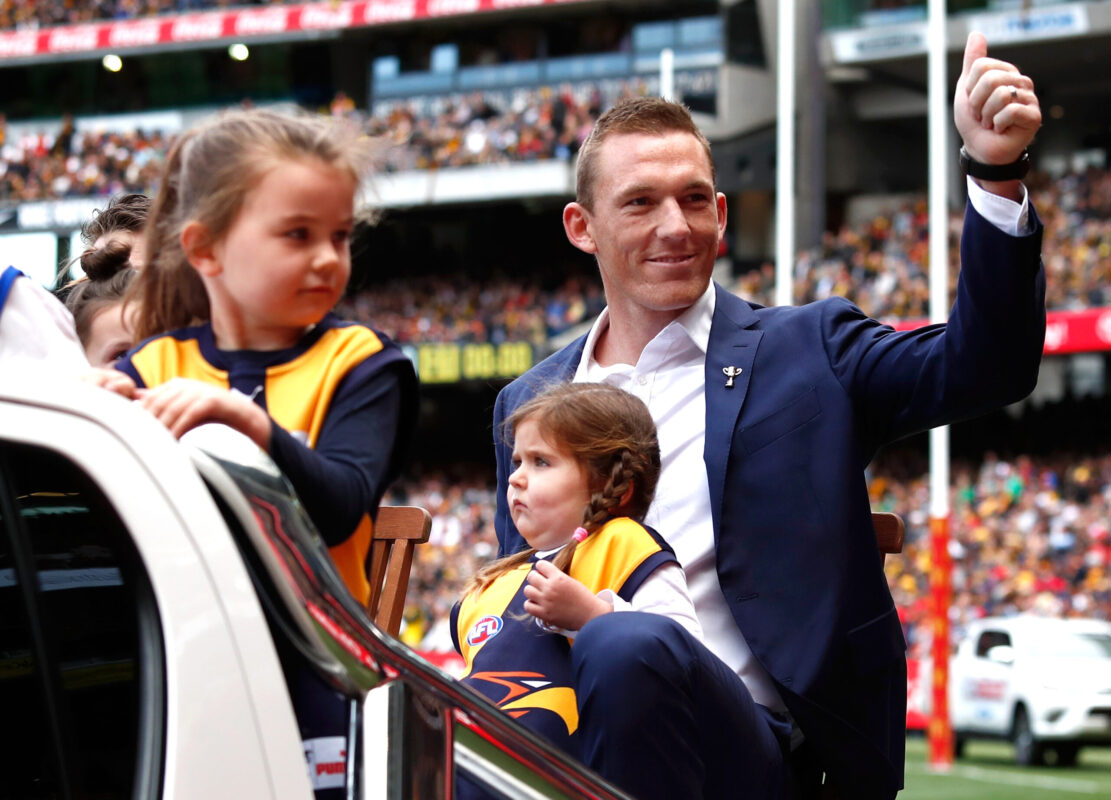 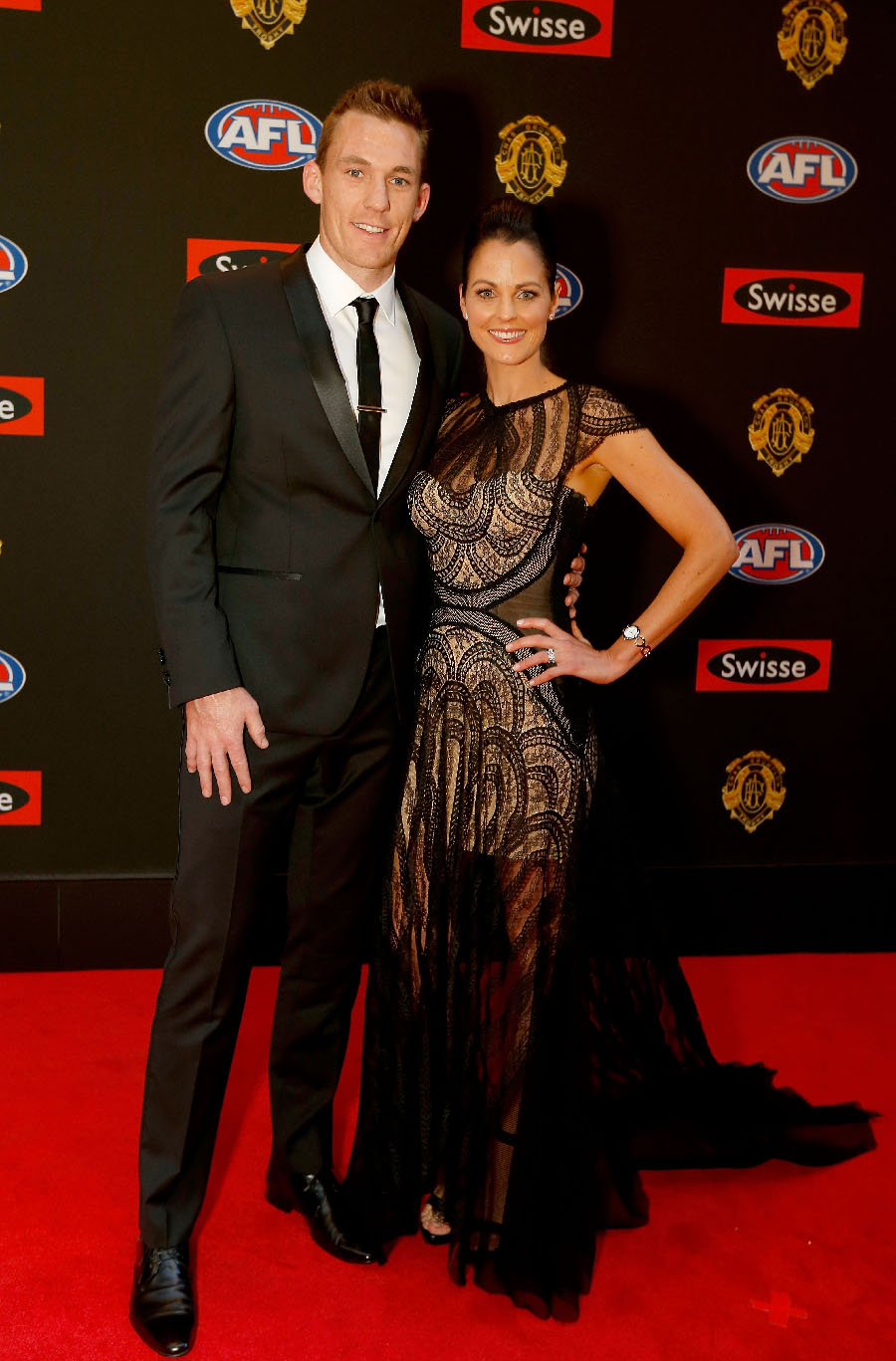 My enjoyment of our great game started because of my time with the Ballarat Swans. I still have fond memories of doing the senior scoreboard after playing junior footy in the morning, in the driving Ballarat rain. 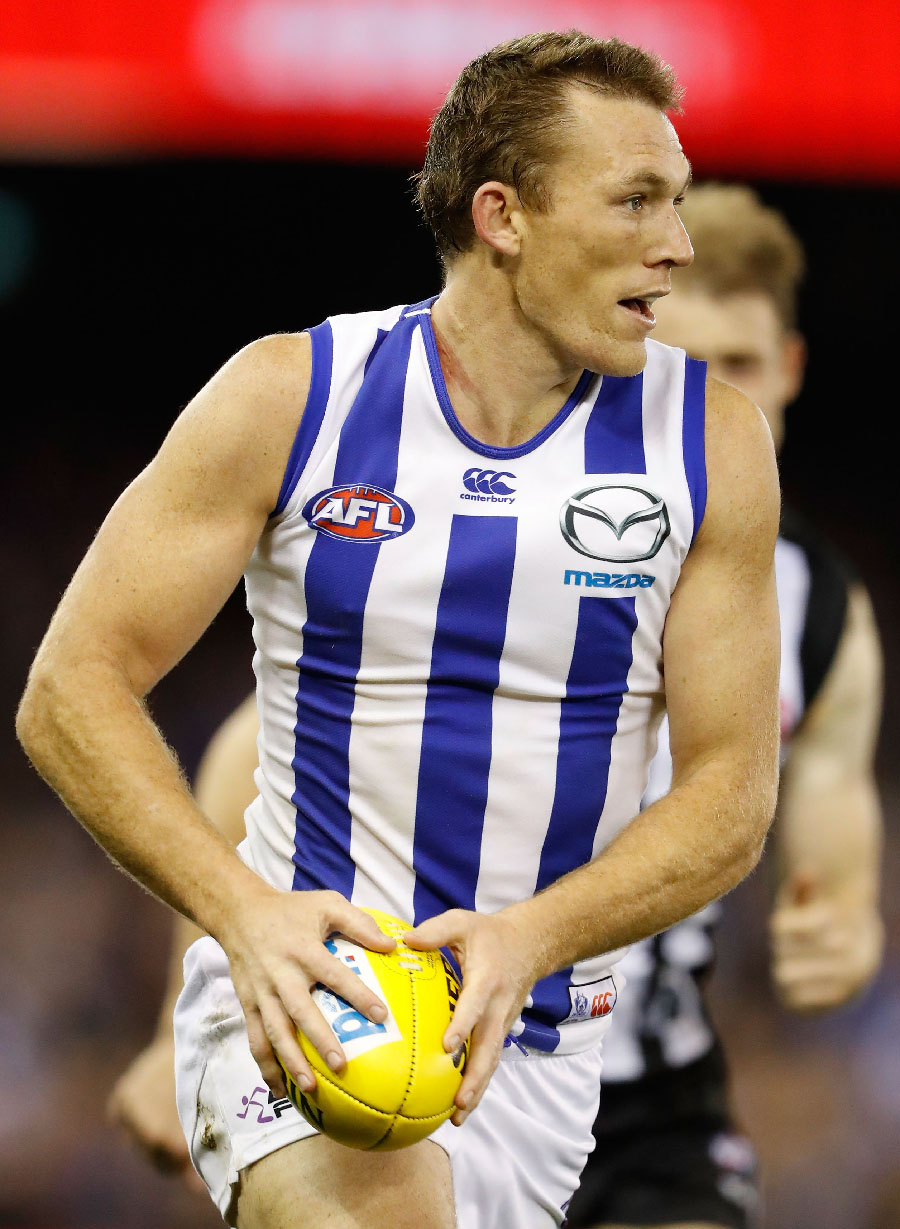 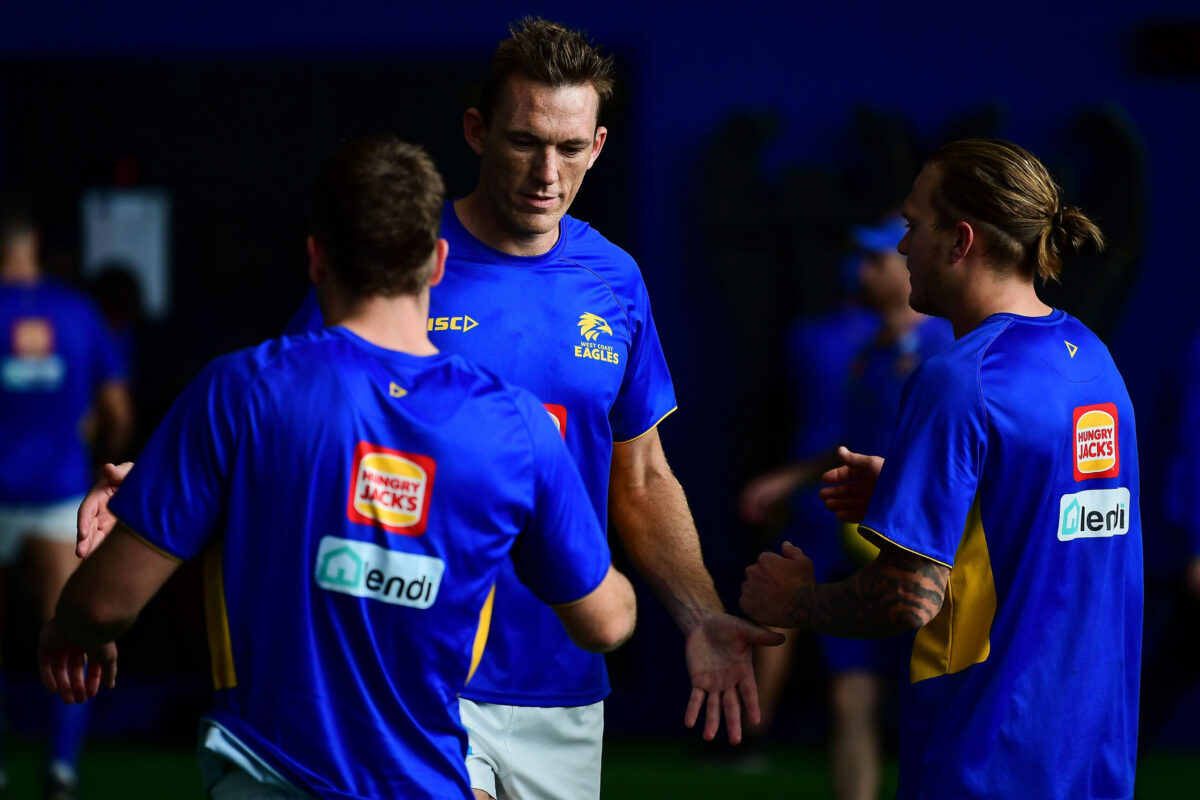 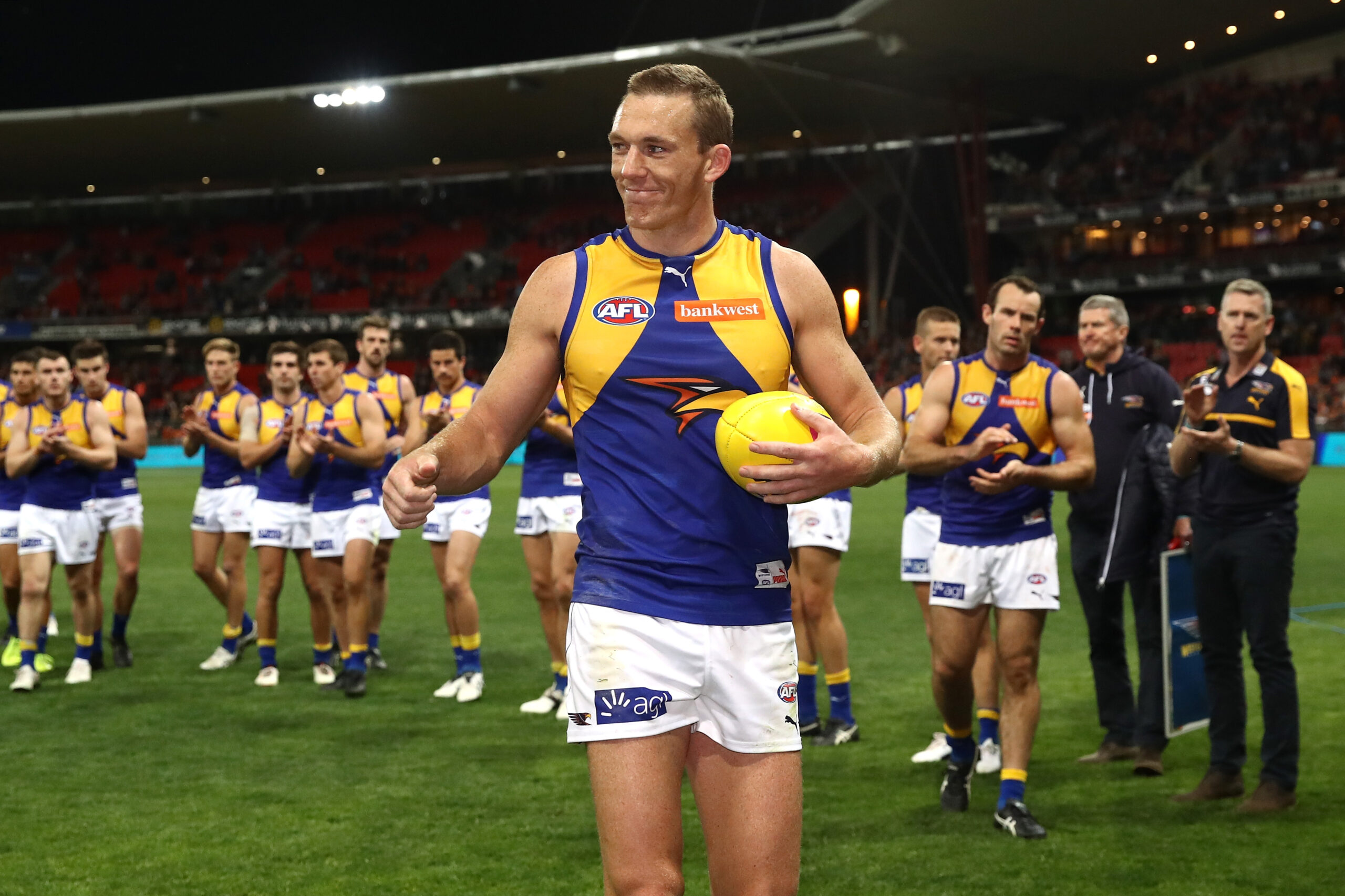 To request more information about Drew Petrie, please contact us