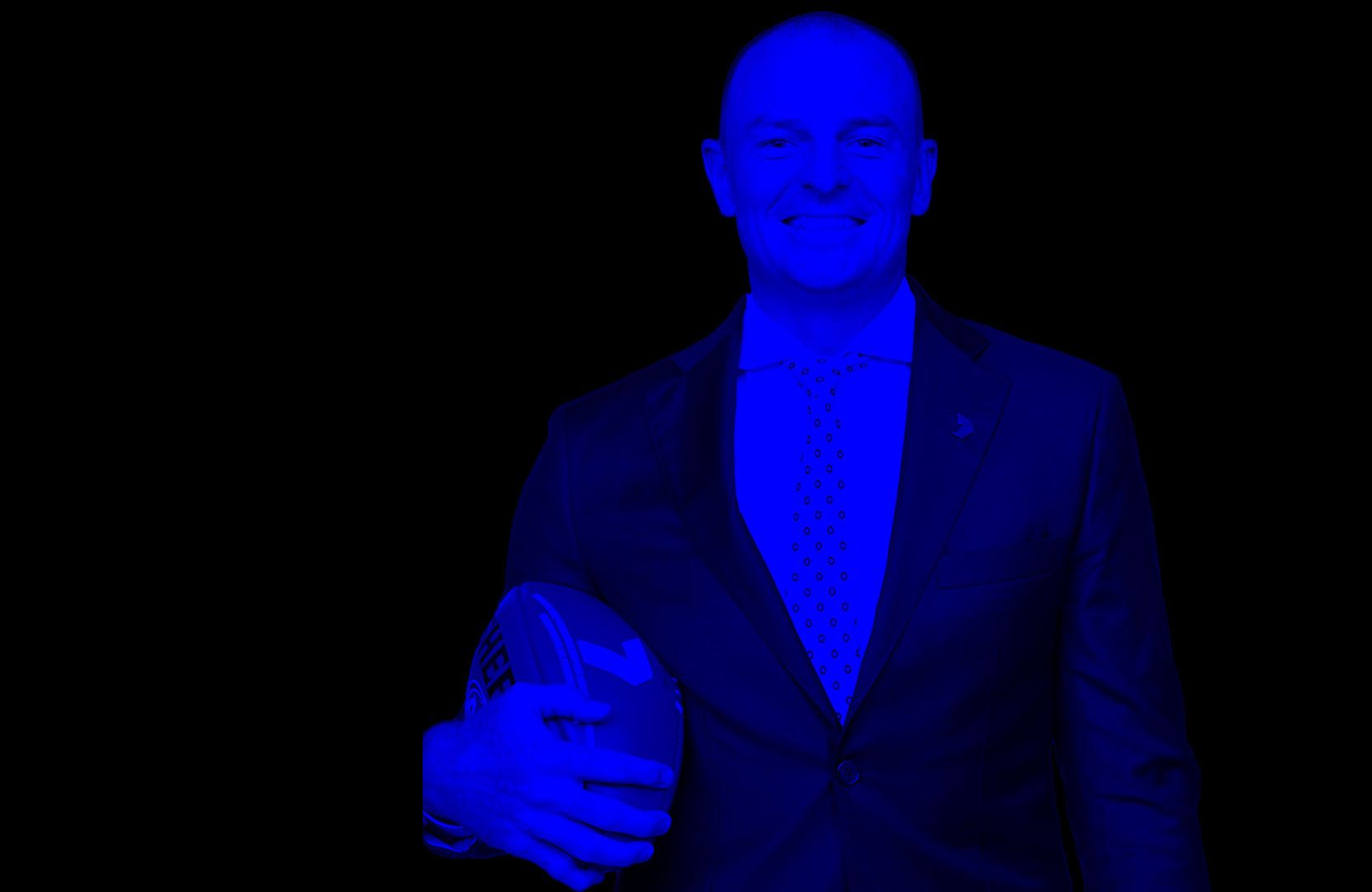 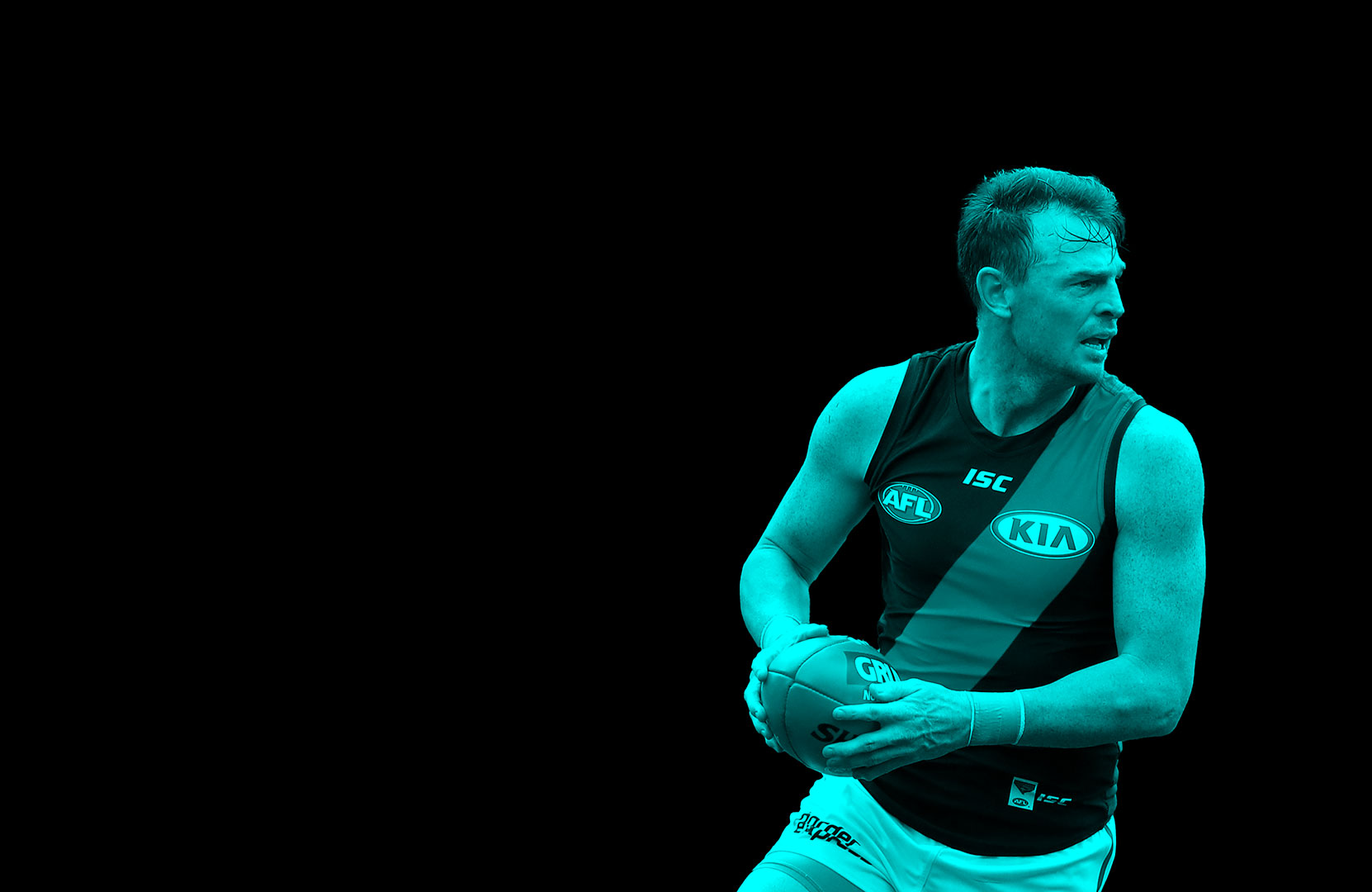 An elite junior footballer, Brendon converted that early promise into a stellar 334-game AFL career with St Kilda and Essendon. 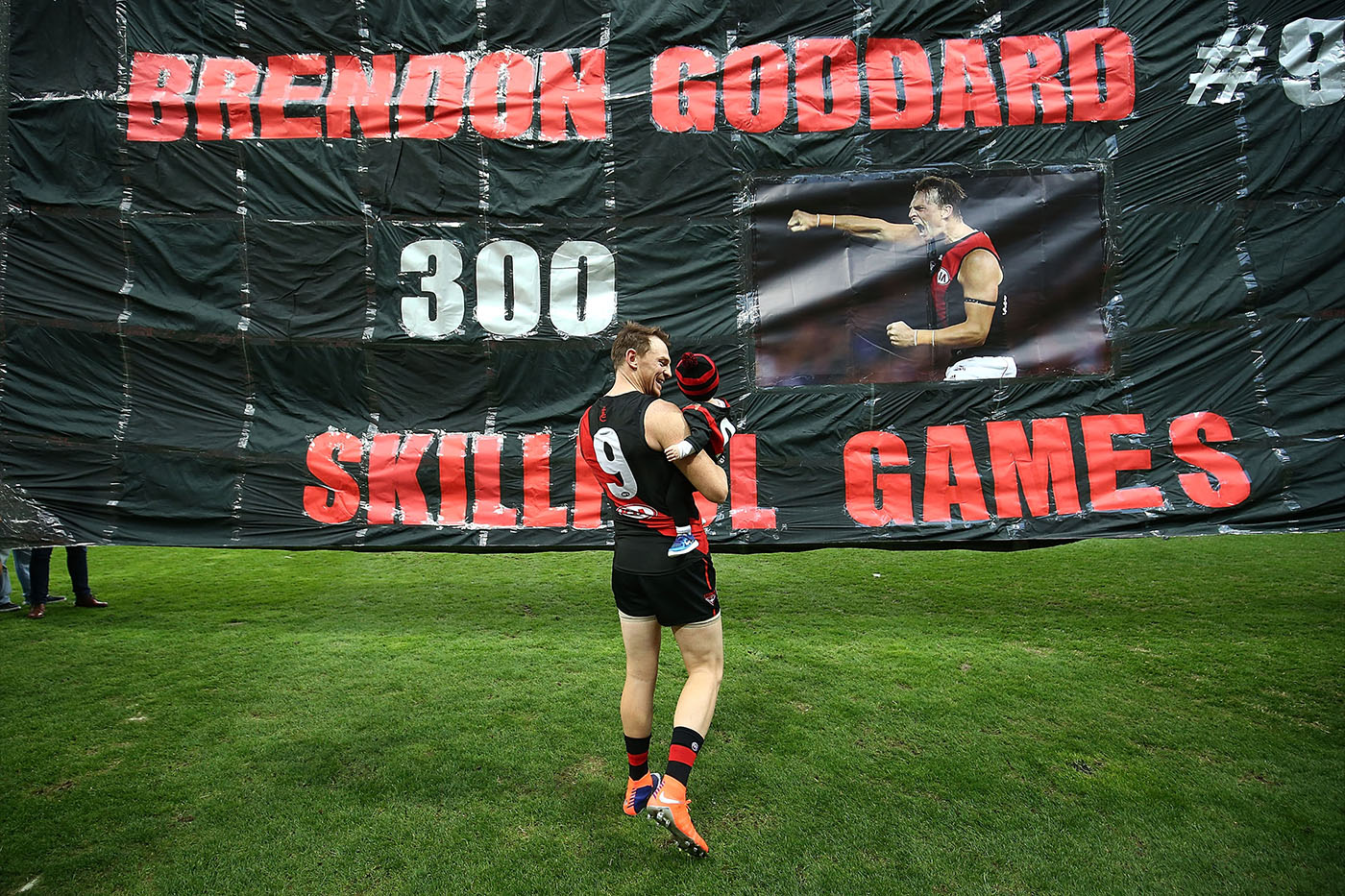 Growing up in the Gippsland town of Traralgon in eastern Victoria, Goddard was a standout junior footballer and cricketer, ultimately captaining his school Caulfield Grammar in both sports.

Goddard represented Australia in the U17 AIS/Academy team that toured Ireland in 2002 and enjoyed a fine U18 Championship carnival with Vic Country to be named All Australian and was highly regarded by recruiters for his elite disposal, speed, endurance and ability in the air and on the ground.

His childhood dream of playing for his beloved Carlton looked to be materialising when the Blues indicated they would be taking Goddard with the first pick in the 2002 NAB AFL Draft. However, a salary cap investigation resulted in Carlton losing their early picks and St Kilda pounced, snapping him up with the pick 1 that had just fallen into their lap.

Goddard became an immediate regular with the Saints and quickly developed into a key ingredient in a team on the rise. His progress was temporarily halted by an ACL injury in 2007, but he returned in 2008 to continue his climb to become one of the most impactful players in the competition.

Back-to-back All Australian selections followed in 2009 and 2010 as the Saints reached consecutive AFL Grand Finals, with Goddard’s spectacular mark and go-ahead goal late in the 2010 epic draw with Collingwood regarded as one of the greatest highlights in Grand Final history.

After 205 games with the Saints, Goddard became the first big-name player to switch clubs via free Agency when he transferred to Essendon in 2012.

Winner of the club’s Best and Fairest in his first season with the Bombers, Goddard provided the Dons with versatility, experience and leadership. All three would prove to be invaluable in the seasons that followed as the club found itself embroiled in an off-field controversy that would ultimately see most of its senior players sidelined for an entire season.

Named Essendon captain in 2016, Goddard would ultimately hang up the boots at the end of 2018 after a remarkable 16 season AFL career. 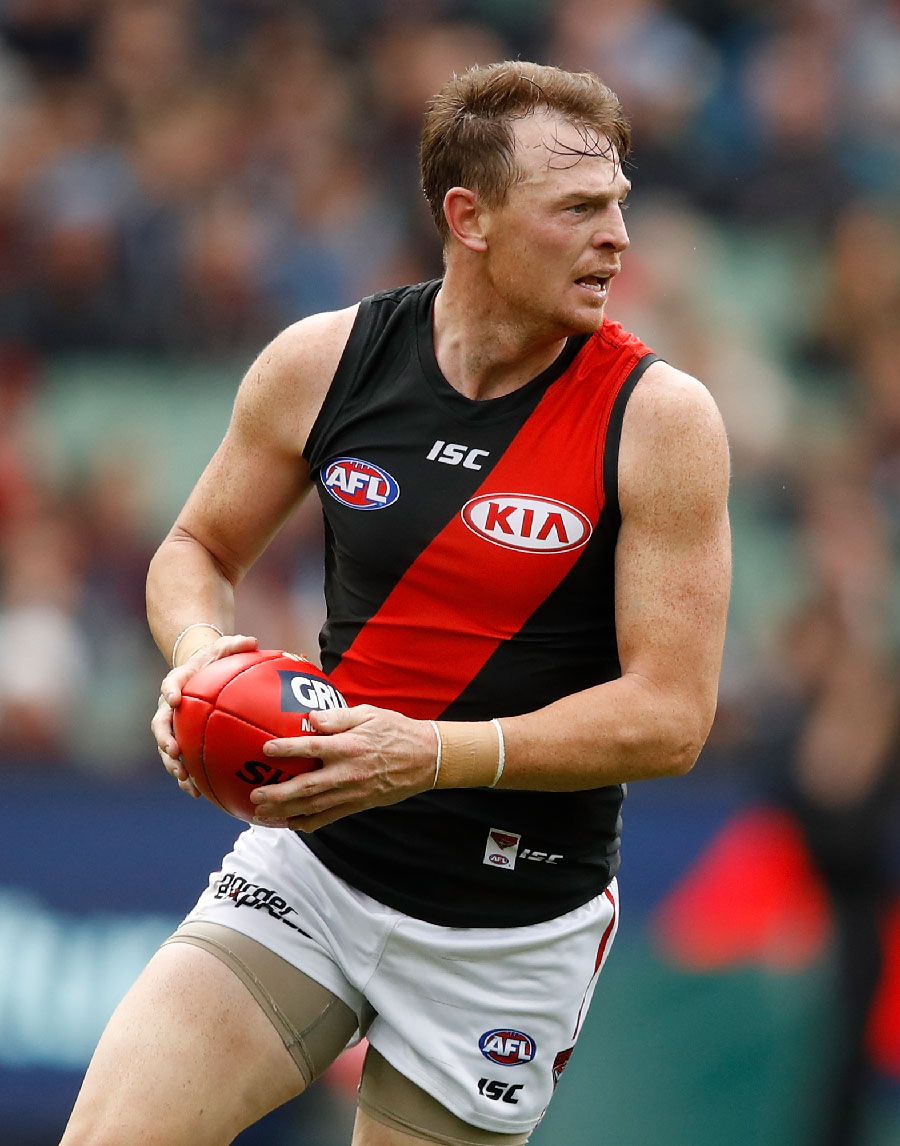 Upon his retirement, Goddard was awarded the AFLPA Madden Medal, awarded to the retiring player who has best demonstrated on-field excellence, personal development and growth, as well as community spirit over the course of his playing career.

Goddard remained involved in the game with Old Caulfield Grammarians in the VAFA and via appearances on Nine Network’s The Footy Show.

He has become a regular on Fox Footy’s AFL 360 and Fox Sports news show, AFL Tonight.

Goddard has also written for the Herald Sun, appeared on RSN radio and during the 2019 AFL Trade Period, co-hosted Seven’s coverage of the trade period on The Trade Game alongside Andy Maher and Tom Browne.

Outside of the AFL world, Goddard is a superb golfer, with one of the lowest handicaps amongst AFL players. Between playing on the fairways, Goddard has also joined the PGA Broadcast team, reporting on some of their major tournaments.

Brendon and his wife Rosie reside in Melbourne with their two daughters Billie and MacKenzie.

To request more information about Brendon Goddard , please contact us