A bolter in the 2020 National Draft, exciting forward Brayden Cook landed at his home town club when drafted to the Adelaide Crows.

As a junior footballer, Cook struggled to cement a spot in South Adelaide’s Under 16 and Under 18 sides in the SANFL Juniors competition. Spending 2019 at his local club, Happy Valley, Cook regained his confidence and put in countless hours of extra work, to regain his spot in the Panthers’s 2020 side.

Along with a growth spurt ahead of the season, Cook became a dangerous forward prospect for South Adelaide. With athletic marks and ability to kick goals, he quickly became an interesting draft prospect around the AFL.

He was ultimately drafted to the Adelaide Crows with pick 25 in the 2020 National Draft.

Biding his time in the Adelaide Crows SANFL side, Cook made his long awaited debut in the Round 21 Showdown. 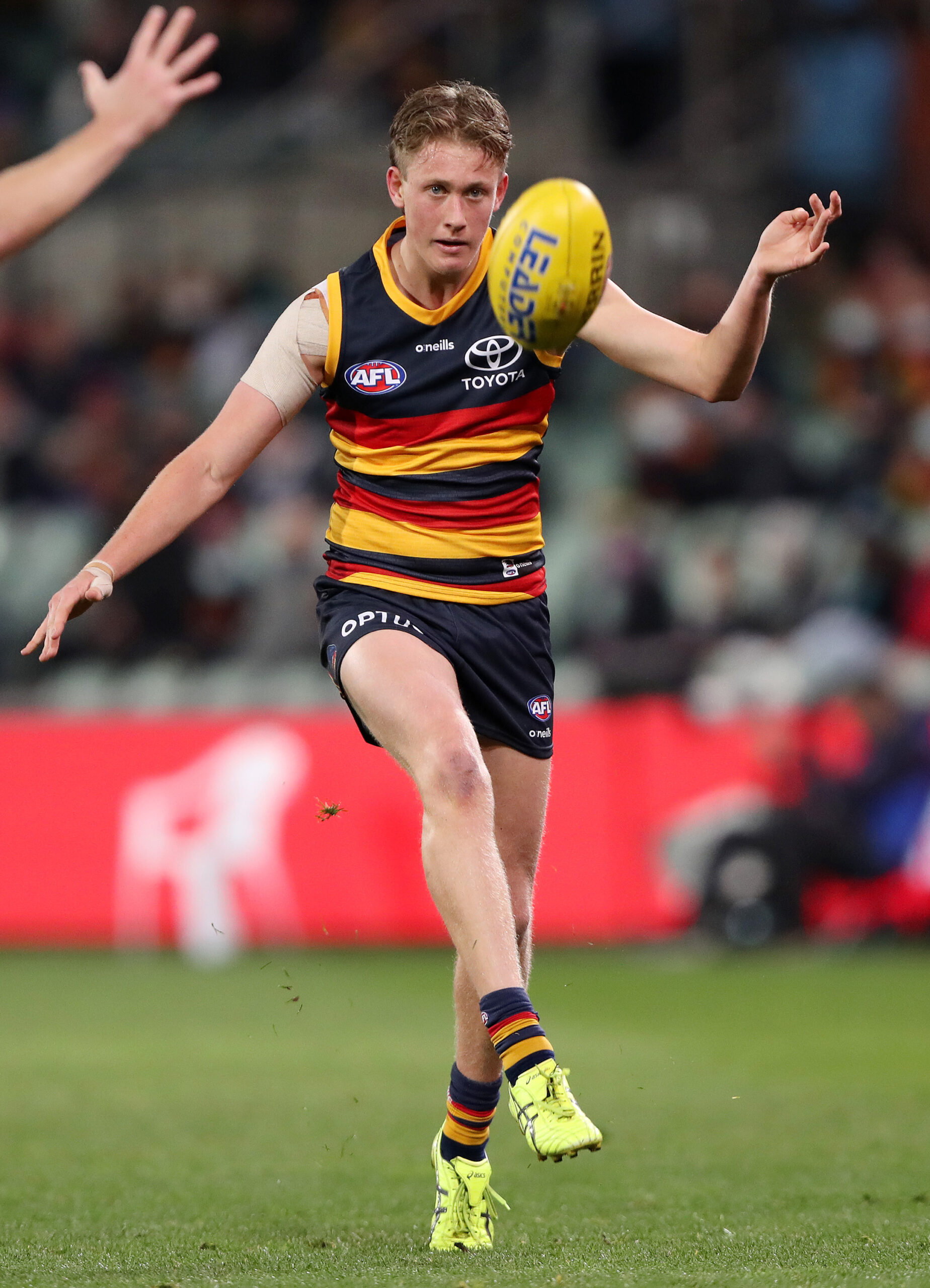 To request more information about Brayden Cook, please contact us