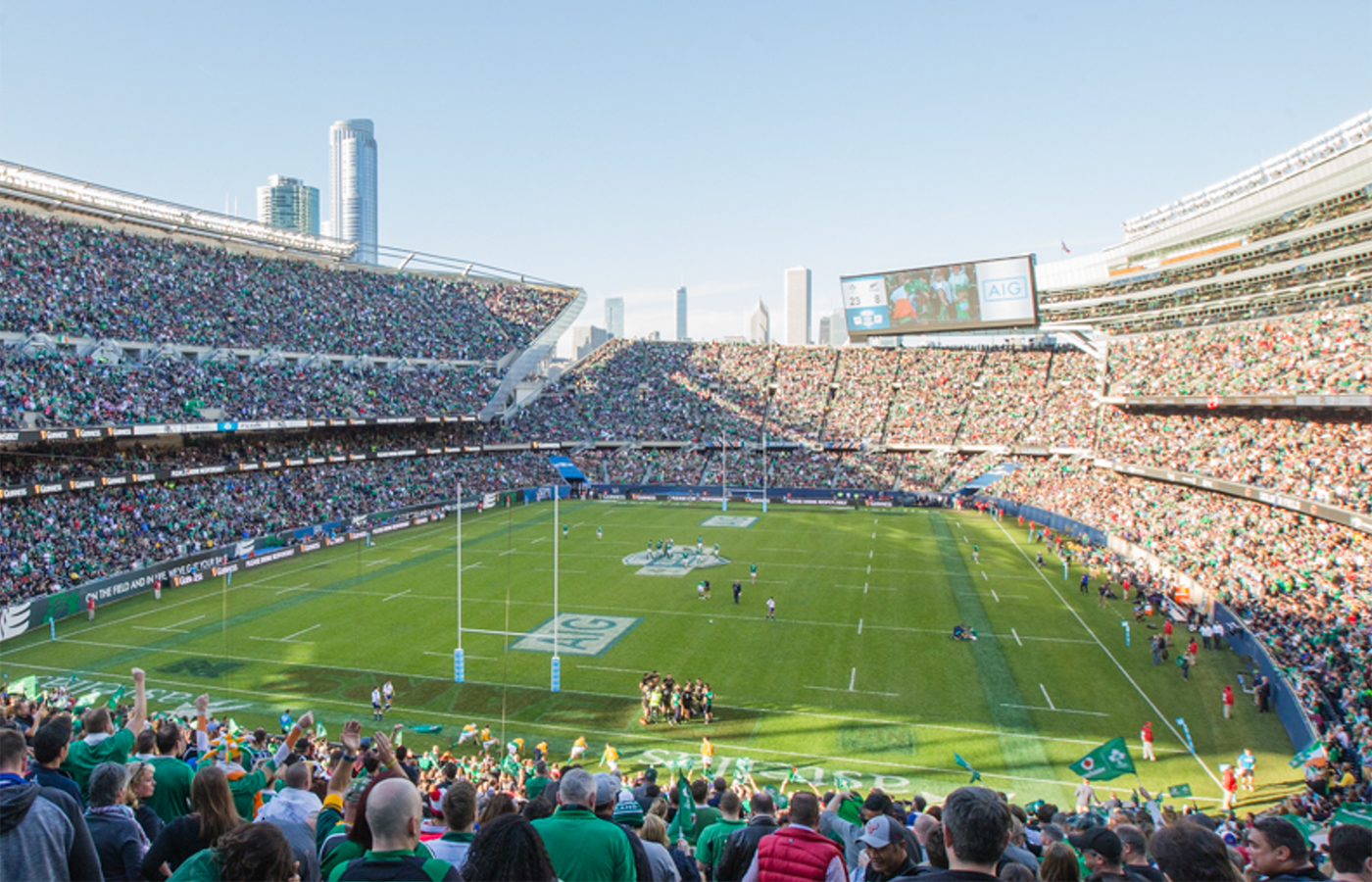 We promoted the main event of The Rugby Weekend presented by AIG, which showcased Ireland and the two-time defending World Cup Champion New Zealand All Blacks.

Held at historic Soldier Field in Chicago, IL on November 5, 2016, the match marked the first time that two Tier 1 Rugby Nations faced off in the United States.

Along with the event’s title sponsor AIG, we utilised the unique platform to garner worldwide viewership for the fastest growing team sport in the United States. In addition to advertising within, AIG hosted multiple branded activations across Chicago, including a VR experience and interactive activations. Astellas also leveraged the event platform and joint marketing campaign to set a World Record for the most organ donor registrations at an event within an eight-hour period.

Ireland’s victory, 40-29, was its first against New Zealand in the team’s 111-year history, making the match an instant classic.

The friendly hosted 62,300 fans, an official sell out, and set a new attendance record for a rugby match played on US soil.

The Match exceeded all goals in digital engagement, brand execution and awareness for all involved, from broadcast partners, to sponsors, to participants.

Was an increased brand engagement across televised locations in the USA, UK & NZ. An increase in local tourism and interest for international travel to Chicago whilst delivering impact for Astellas that increased their donor registration. 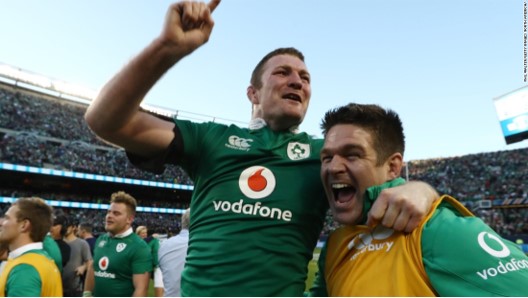 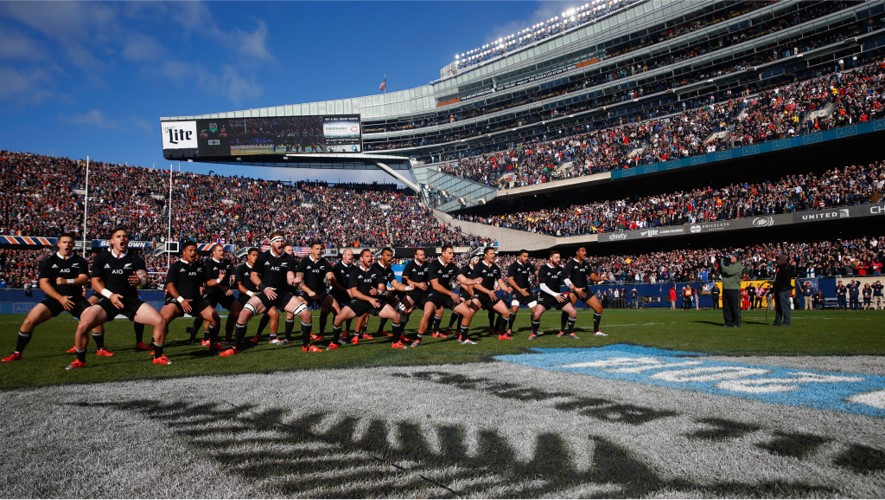 0K+
in attendance. The highest for a rugby match on US soil.
0M
approximate TV viewership across US, NZ & UK
0K
tickets sold internationally
0
rookie rugby kits distributed to Chicago Youth Organisation
0%
hotel occupancy rate in Chicago (up from 67.2%)