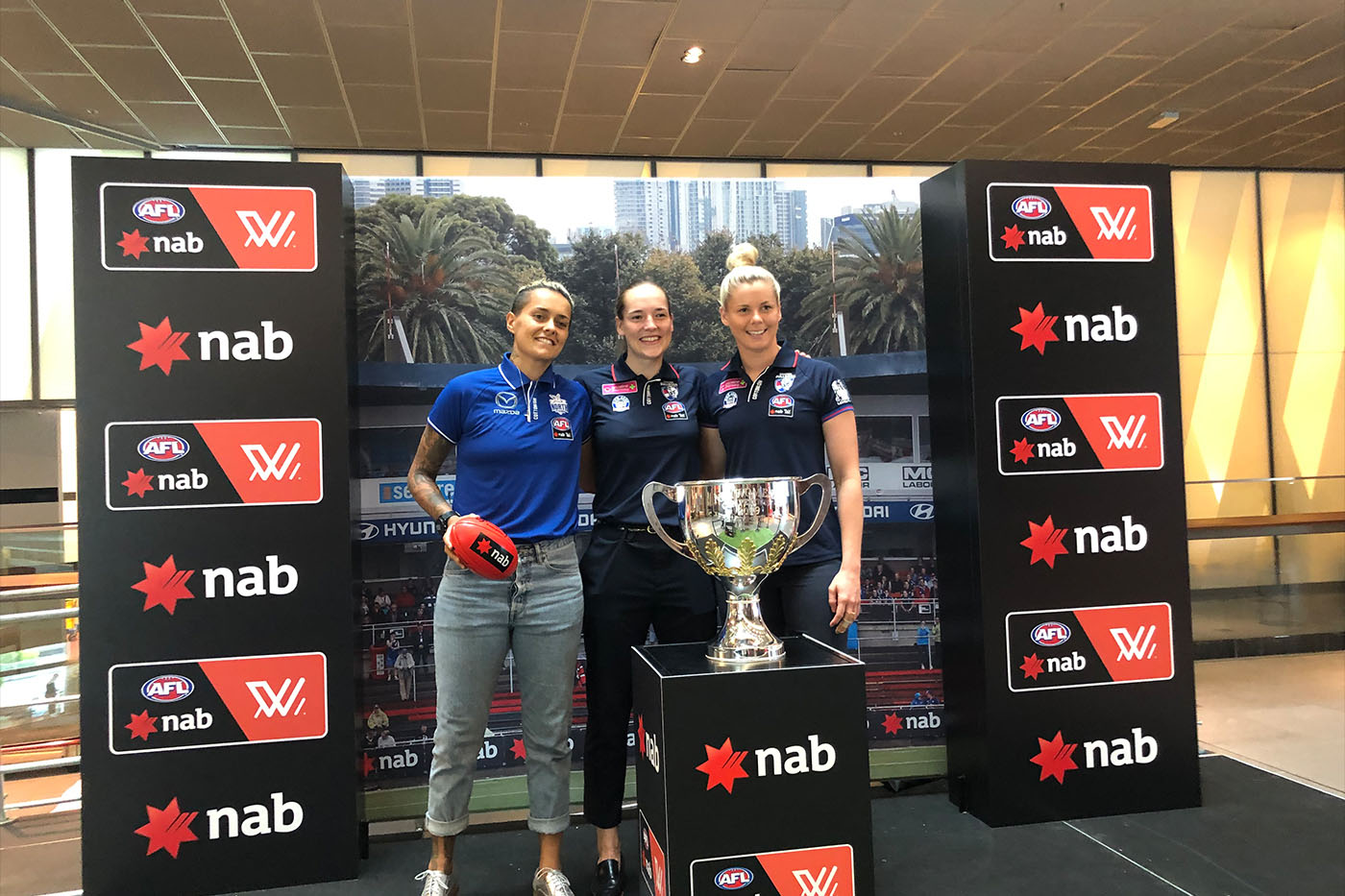 Supporting and elevating the women’s game, activating the naming rights sponsorship for the NAB AFLW.

Since 2017, NAB have been a supporter and the naming rights partner for the AFLW. NAB have consistently tasked us with assisting them to leverage the sponsorship rights across the season and for the AFLW Grand Final.

Our objective was to grow awareness of the NAB and AFLW partnership as well as enhancing the match day experience for all fans, customers, and staff members. More specifically, we aimed to reward existing NAB Customers at matches with an upgraded experience.

Leveraging key sponsorship assets, we worked with NAB to deliver a season long campaign in support of the NAB AFLW.

We launched the season with an internal competition for NAB staff that provided them an opportunity to meet with AFLW legends and get a picture with the NAB AFLW trophy in the foyer of their head office.

This kicked off a season long match activation plan, created to physically reward all fans on the spot at a selection of matches throughout the season. Selected fans would win a seat upgrade to the NAB Club House where food and beverages were available to NAB Customers exclusively.

For the 2019 AFLW Grand Final we offered access to the NAB Club House on the spot to NAB Customers at various entry points to the stadium. The NAB Zone provided spectacular viewing opportunities as well as free food & beverages all day.

NAB Customers who were surprised throughout the season by NAB’s upgrades were delighted by the activity that was being offered on site.

Throughout the season, we often witnessed return customers to each of our NAB Customer exclusive offerings, providing a comfortable, and enjoyable viewing area for NAB AFLW matches. 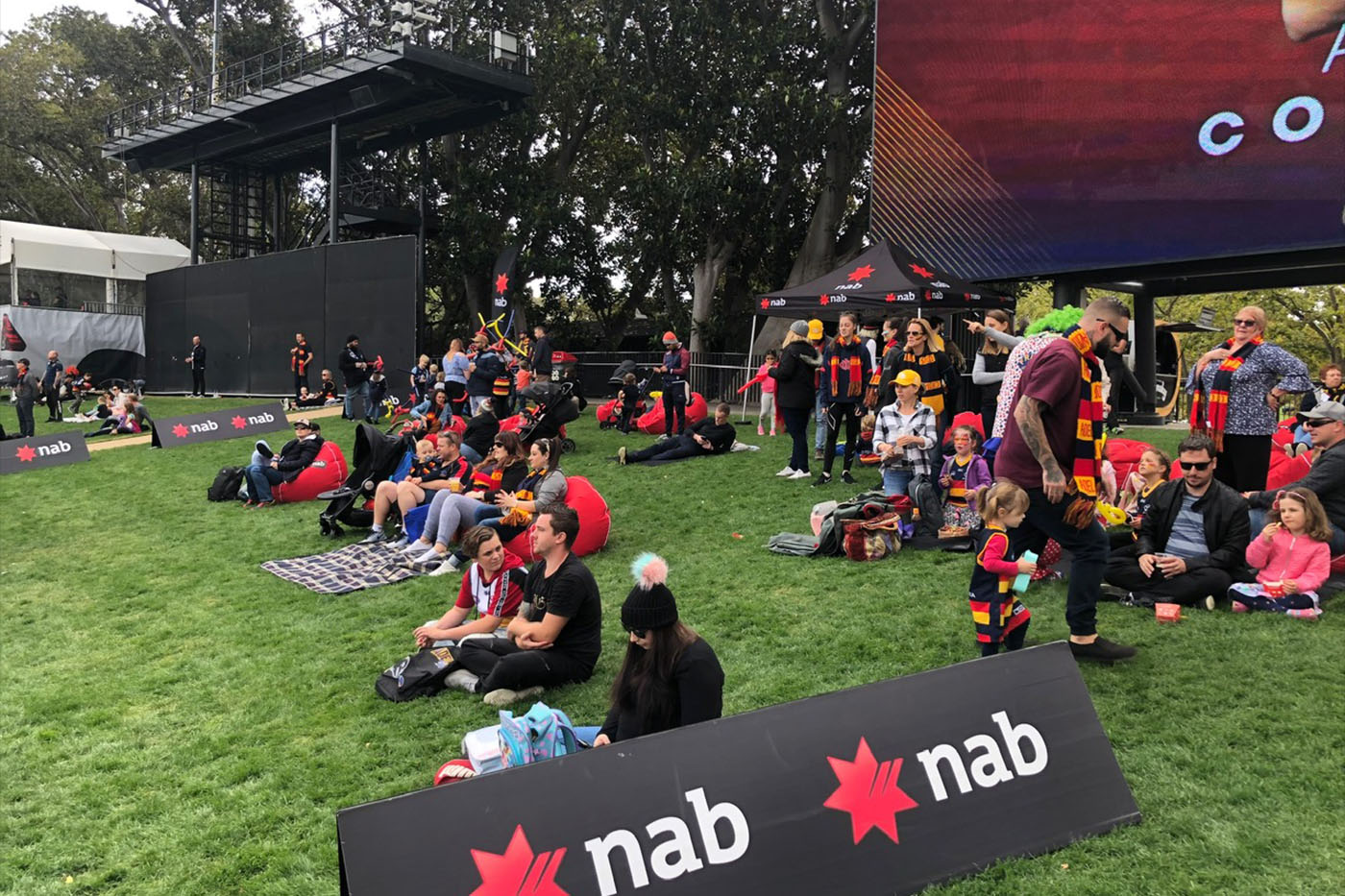 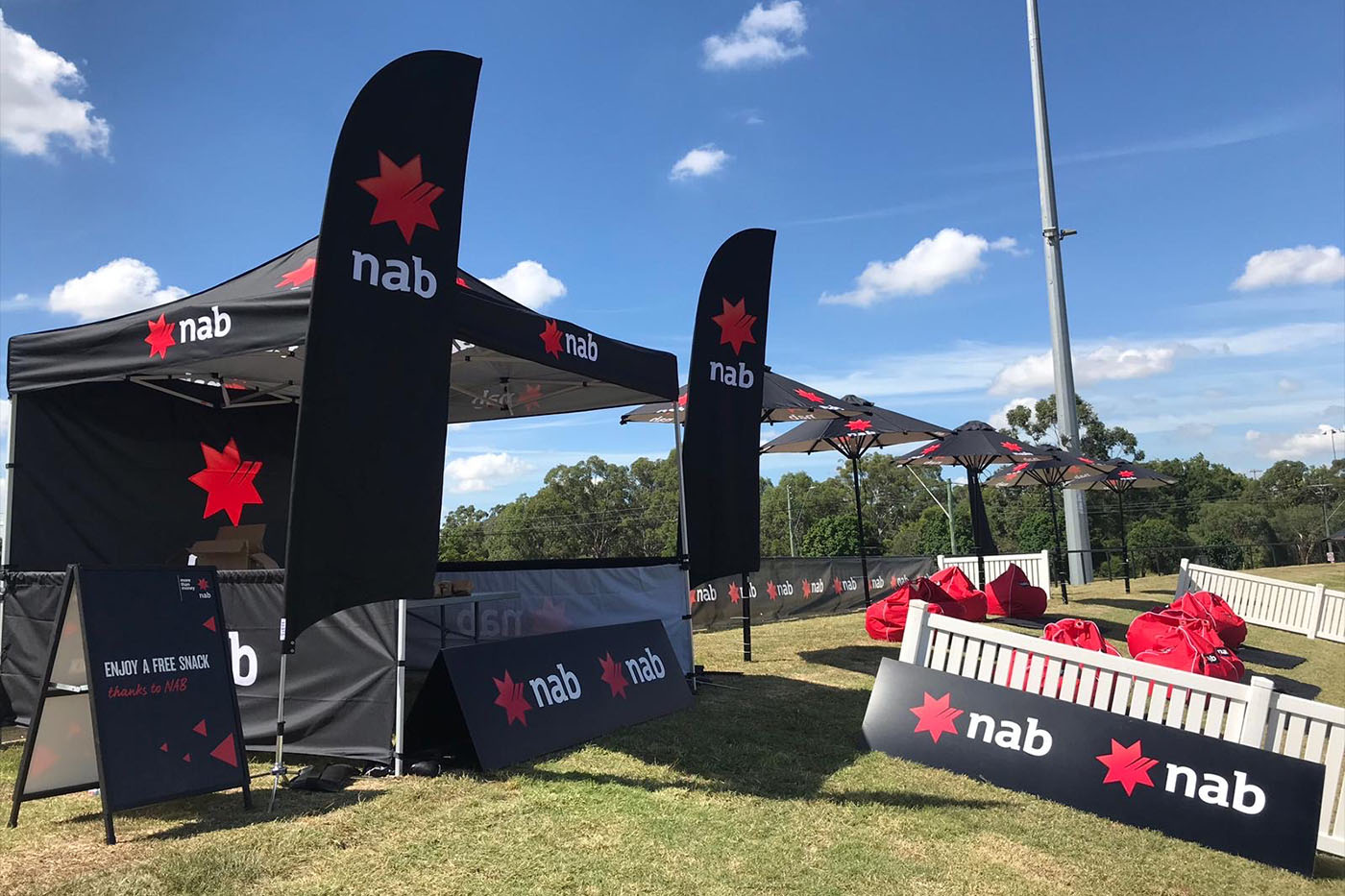 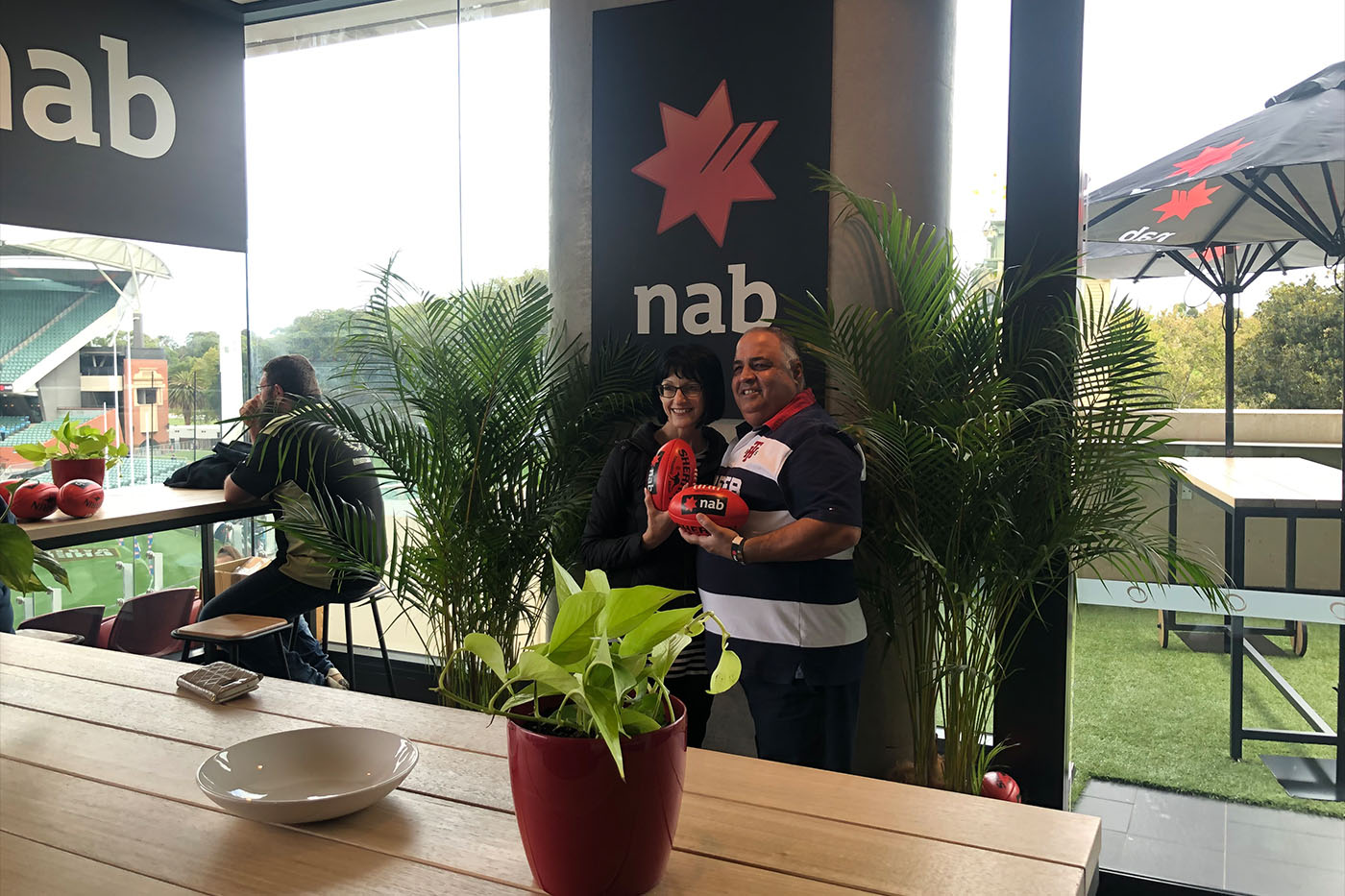