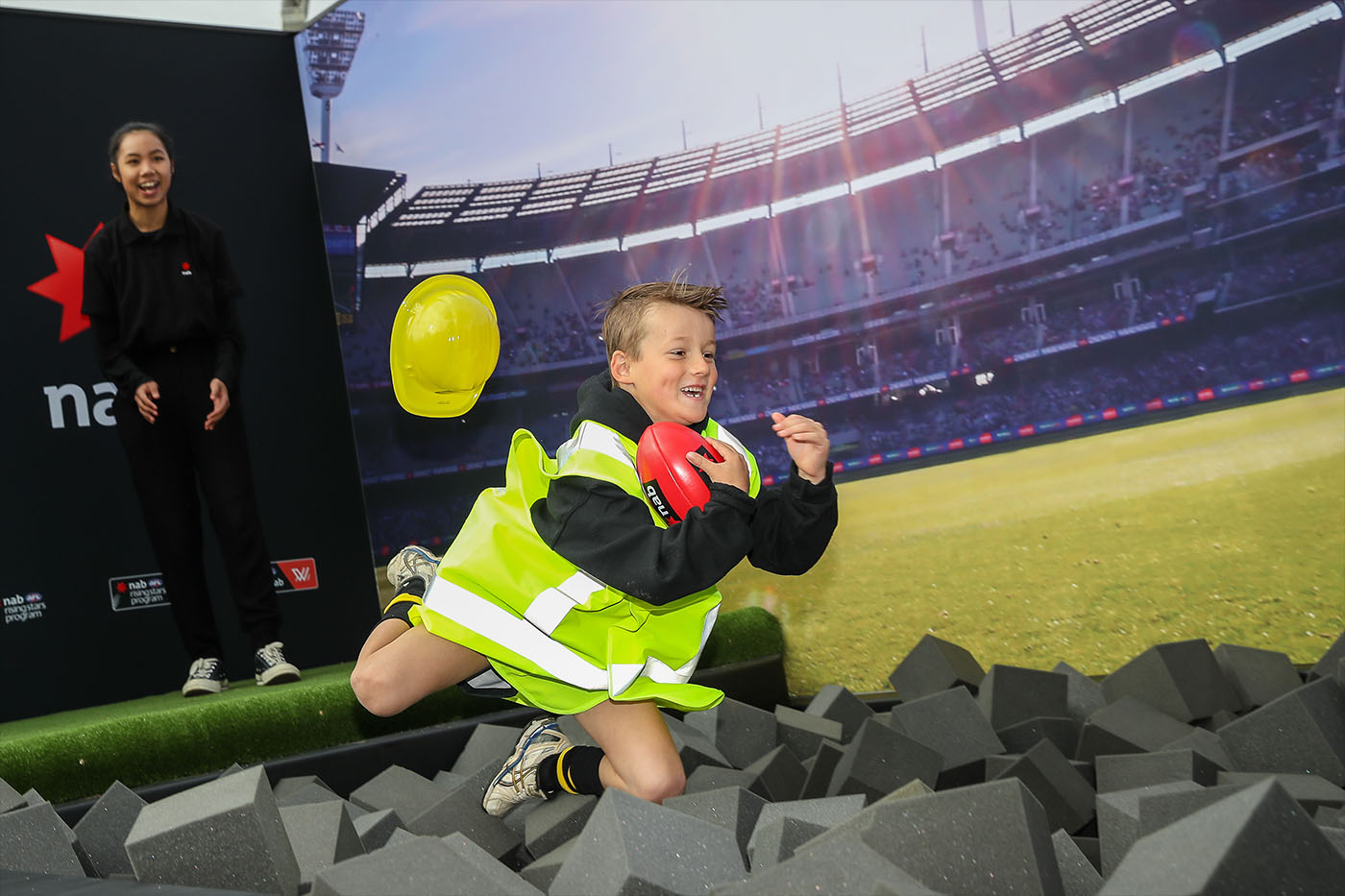 Activating NAB’s long term partnership with the Australian Football League, engaging with thousands of fans at the AFL Grand Final.

NAB have long supported the AFL Grand Final Live Site and in 2019 tasked us with leveraging their Mini Legends campaign through an onsite activation.

The aim was to align the NAB Mini Legends campaign in an engaging way and genuinely connect with an engaged AFL audience in the lead up to the Grand Final spectacle.

Utilising an asset of space within the AFL Grand Final Live Site, we set out to amplify and build awareness of NAB’s AFL Partnership that naturally extended the Mini Legends campaign. Our fan engagement solution involved a custom activation site that included physical activation, an onsite competition, and integration with social platforms and media partners.

The 20x20m activation space incorporated a bespoke foam ‘specky’ pit with an integrated photo opportunity, chill out zone with a marquee, beanbags, and umbrellas all of which helped to support user generated content.

Participants walked away with a custom designed photo to share instantly across their social platforms. AFL relevant giveaways including 2x Grand Final tickets via an onsite competition and talent appearances across the week were a highlight of the activation with Channel 7 crossing from the site on Grand Final Day and the Premiership Cup making an appearance for a photo opportunity.

An engaging, relevant and bespoke activation that leveraged an existing campaign to build further awareness for the partnership between NAB and the AFL. 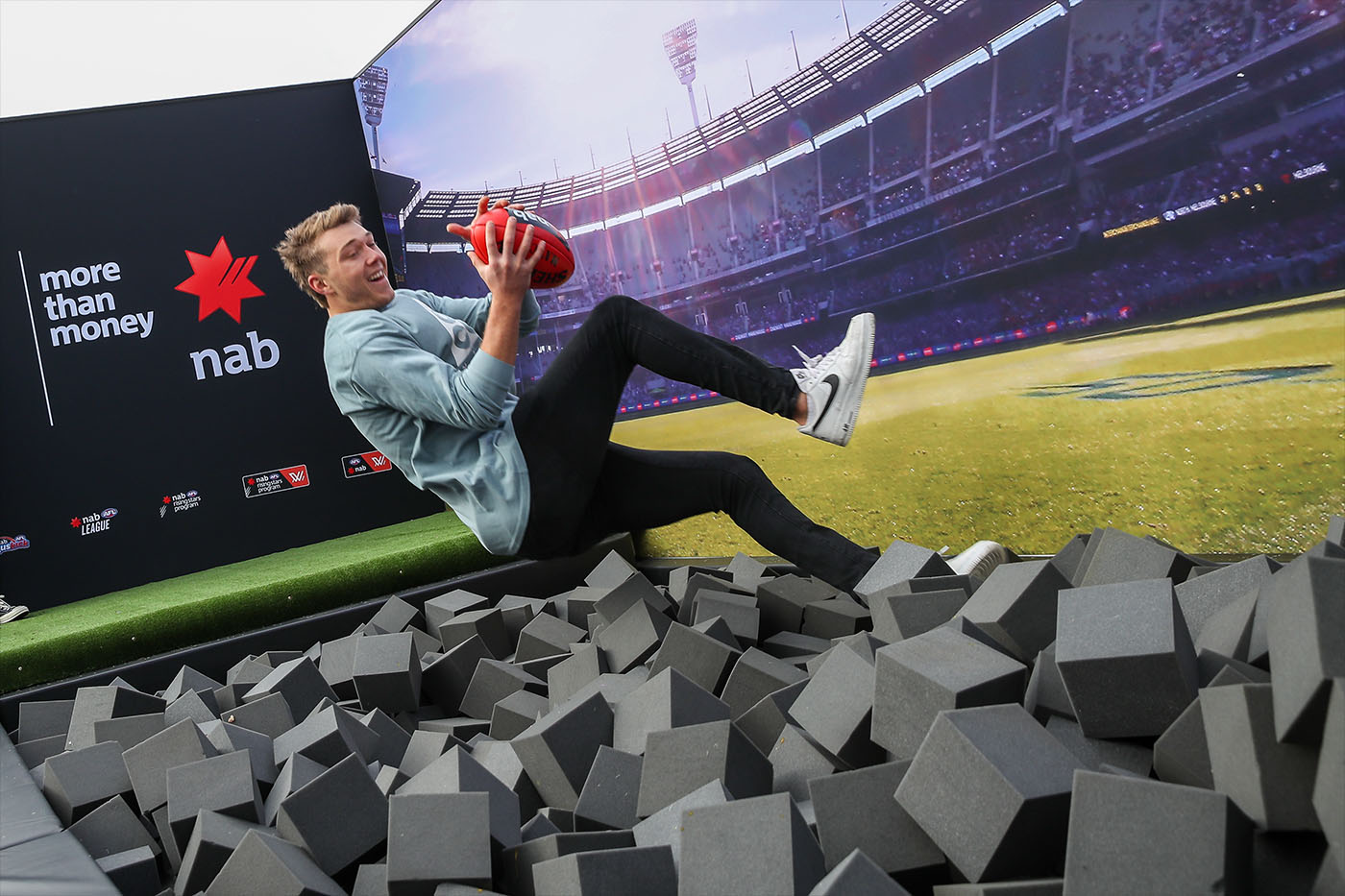