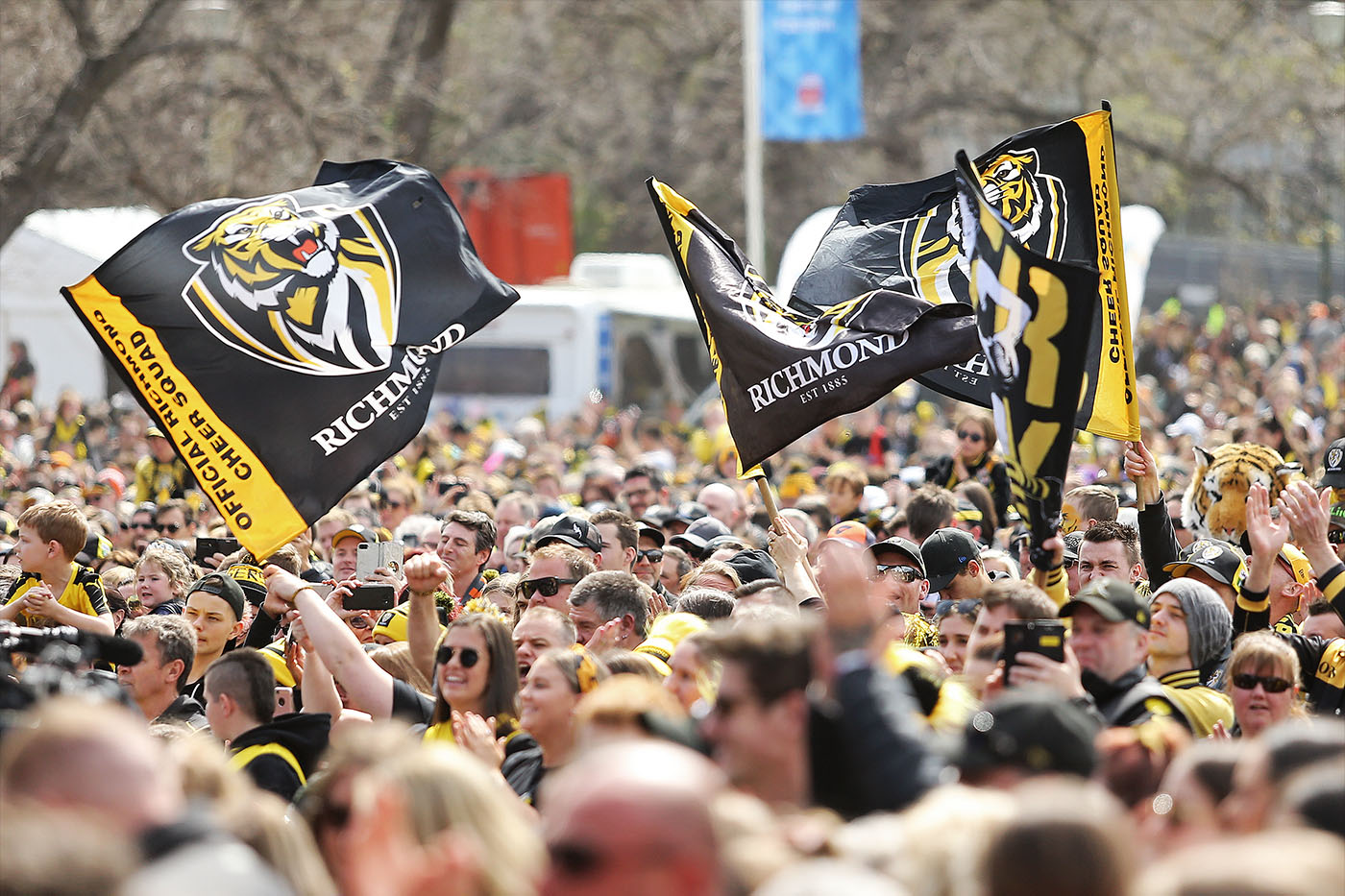 A fan engagement experience that lives long in the memories of footy fans, on the biggest day in the Australian sporting calendar, the AFL Grand Final.

To encourage fans of all varieties, even those without a famed grand final ticket, to attend and be a part of the end of season celebrations at the AFL Grand Final. Providing a free complete entertainment package for families, while catering for die hard footy fans ready to witness their team achieve greatness.

The 2019 version of the precinct was arguably the biggest to date. Which included over 20 partner activations, over 130 talent appearances, 40 performers, 19 food vendors and 30 operational suppliers, all overseen and managed end-to-end by our team.

Our role included site overlay, creative ideation, scheduling, working with contractors, suppliers, partners, and key stakeholders to ensure a safe and efficient build, operation, and dismantlement of the site. 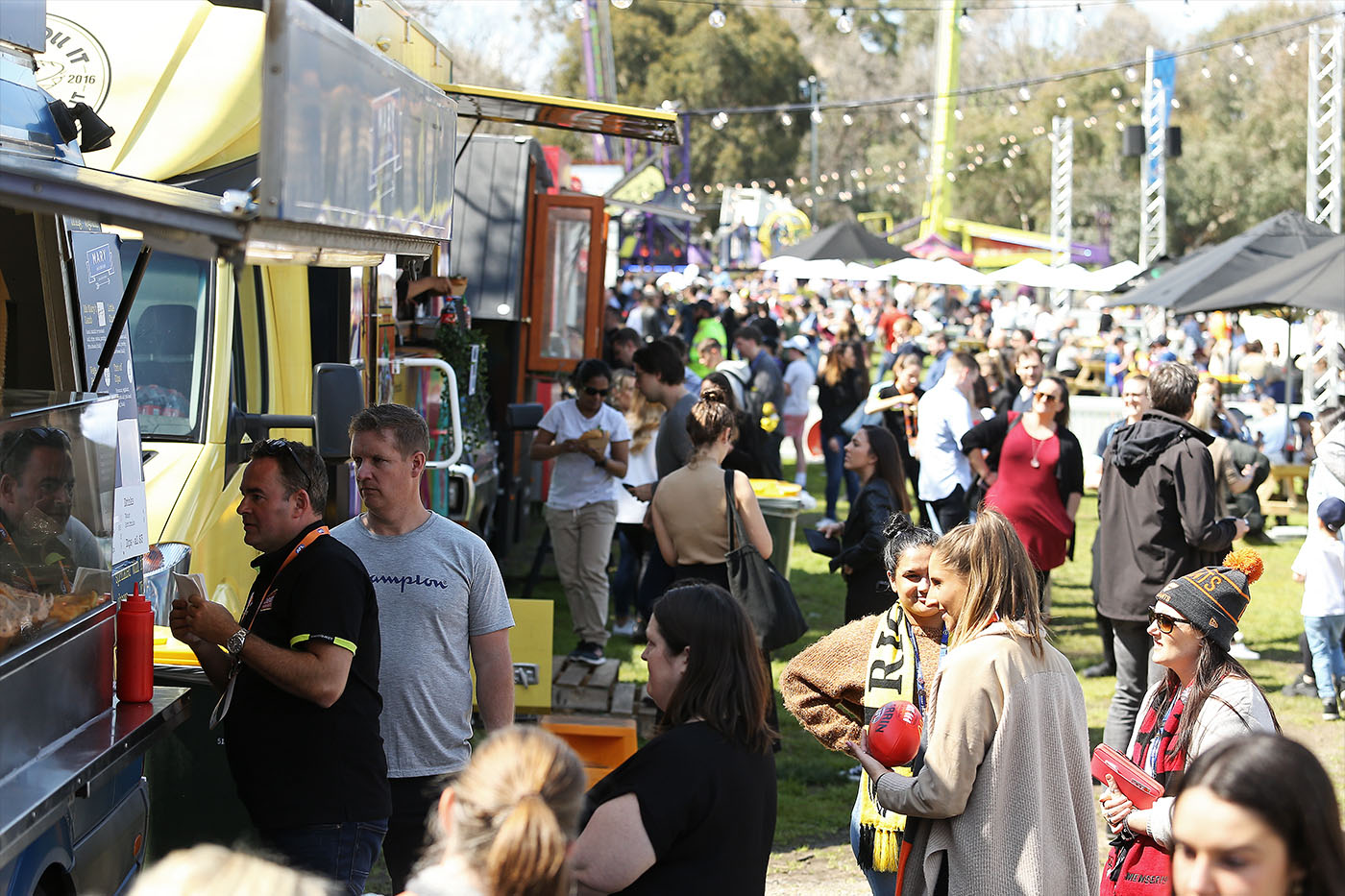 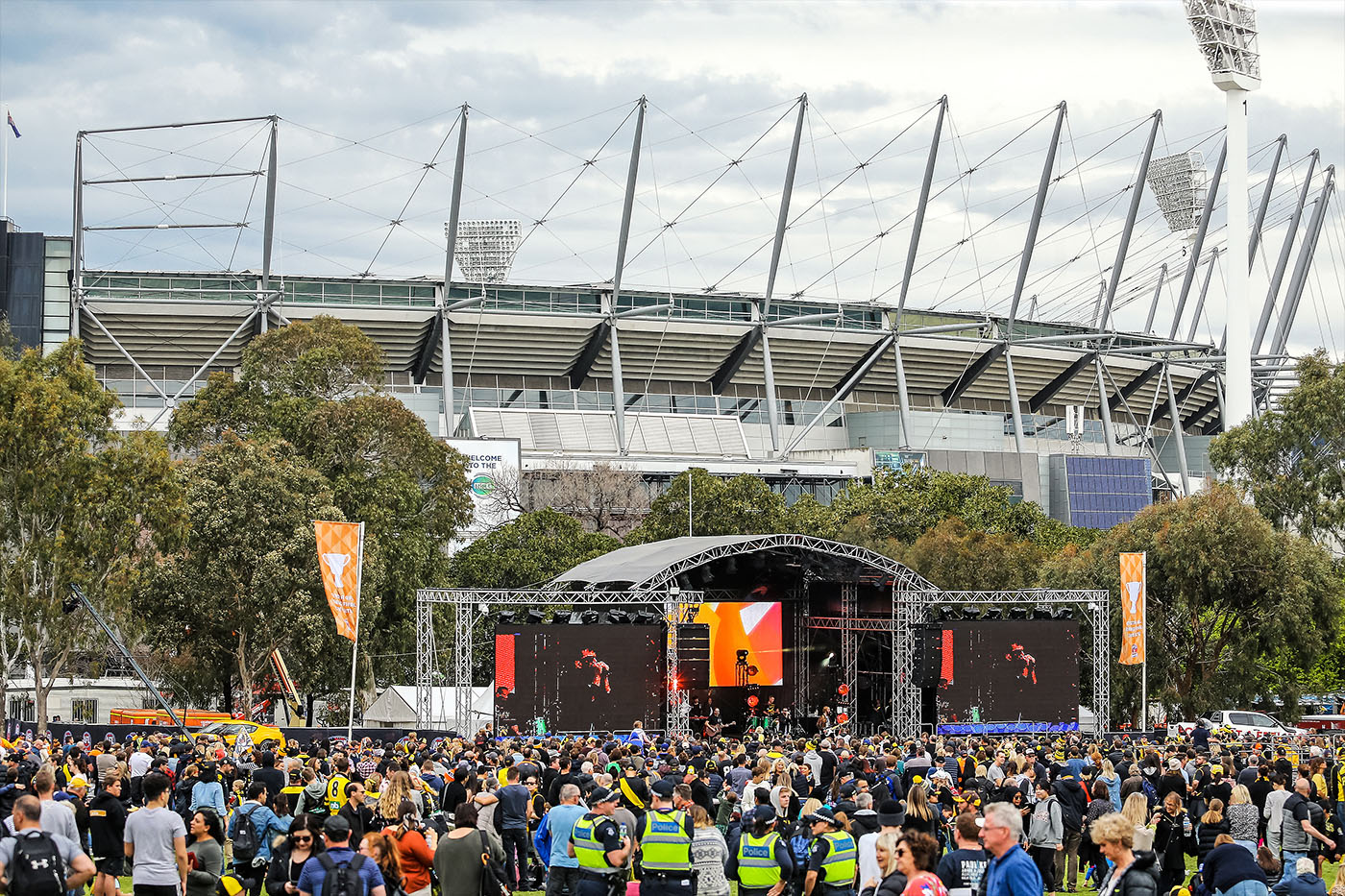 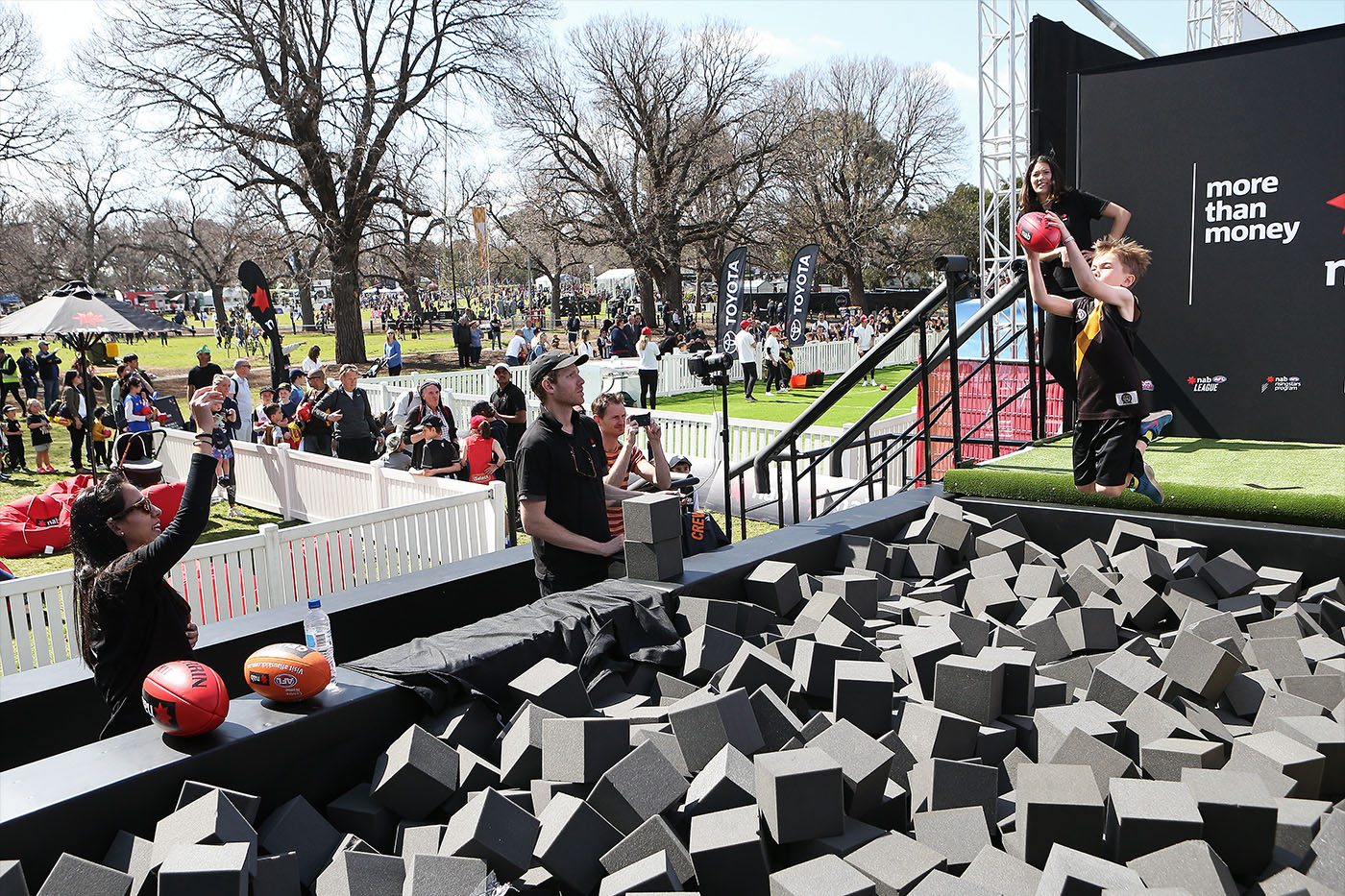 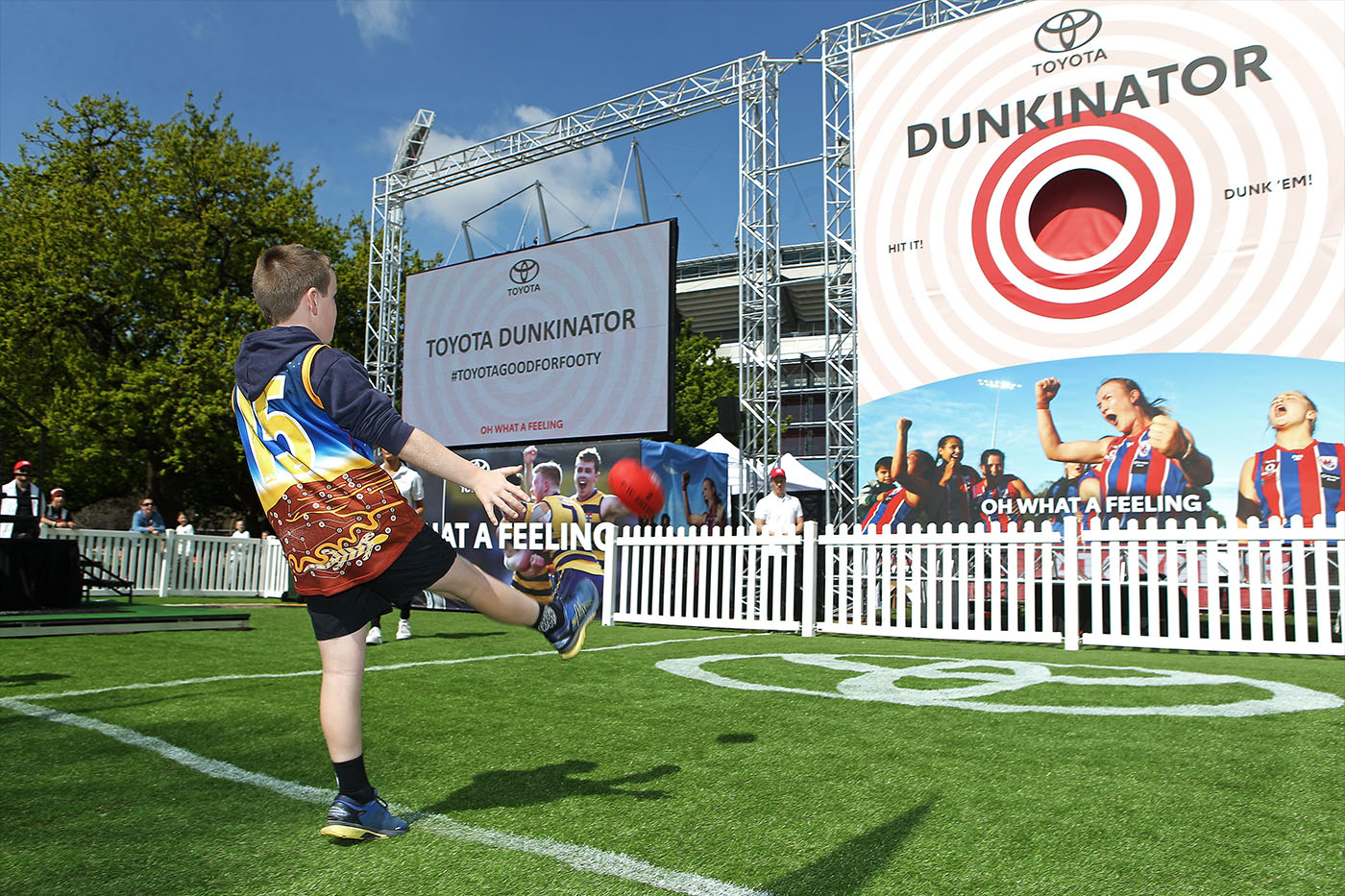 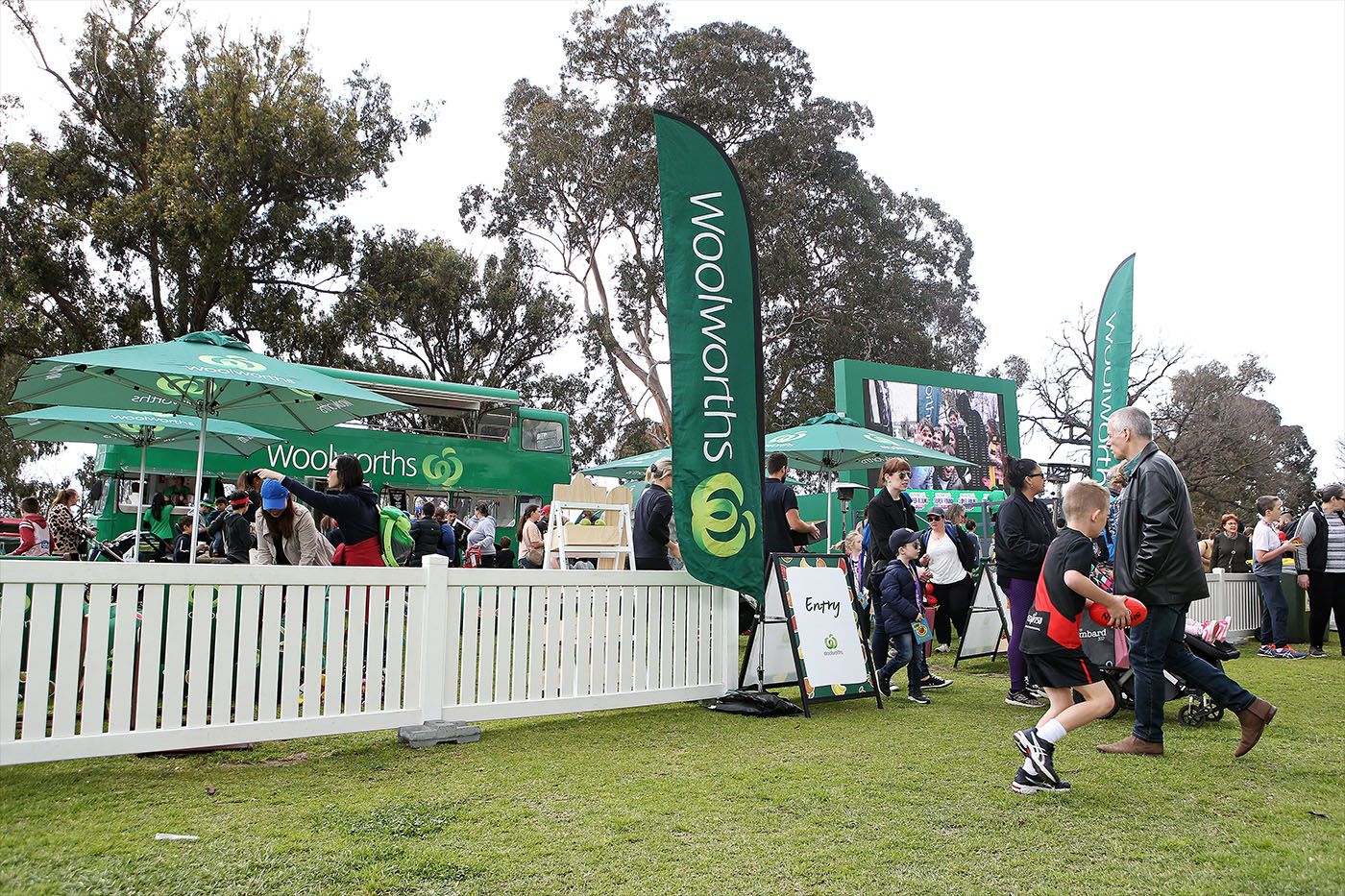